Who’s That Guy? Vince Staples, Who Gave Us the Song This Summer Deserved 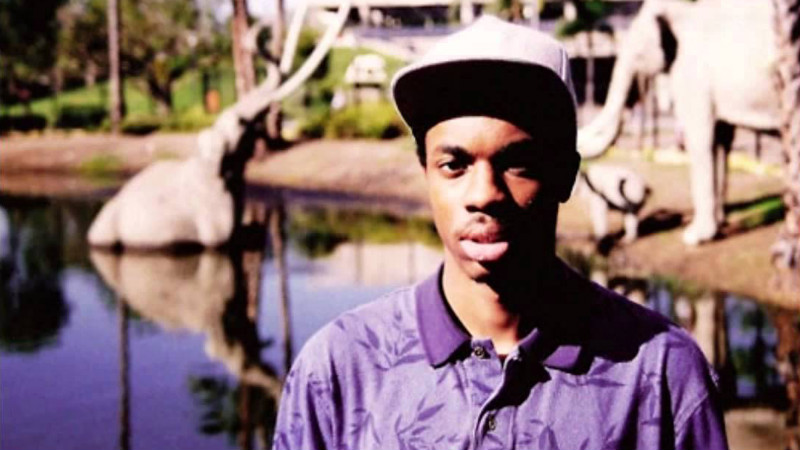 Monday night, rapper Vince Staples released “Hands Up,” the best musical response to Ferguson yet — he claims it isn’t, but the context is hard to deny. The song creates a riveting sonic dystopia with omnipresent police sirens while presenting a righteously angry and clear-eyed front against police brutality, but it isn’t even the best song Staples has released in the past month. That would be “Blue Suede,” a thundering, unflinching take on the loss of innocence to gang life backed by an alien hiss reminiscent of Public Enemy. Both tracks are singles off Staples’s forthcoming Hell Can Wait EP (set for a September 23 release), and taken together they suggest his career, like the kettle on “Rebel Without a Pause,” is ready to blow. And that raises the question: Who the hell is Vince Staples?

Who Is He? Vince Staples, your new favorite rapper.

Where’s He From? Long Beach, California, by way of Atlanta.

Why Did He Start Rapping? He had nothing better to do. Seriously.

Where Have I Heard Him Before? You probably caught him on an Earl Sweatshirt track. Staples’s verses have been a highlight of Earl’s projects since “epaR,” the peak of the Earl tape’s nightmarish storytelling. Both rappers have started to move past the shock and expectations associated with Odd Future, but it’s tough to deny the initial power of Staples’s vivid, lurid rhymes or their appeal to the intended audience. As one of the only featured artists on Earl’s short mixtape, Staples’s profile benefited from its proximity to the “Free Earl” mystique. And once Earl returned from Samoa, Staples made a few memorable appearances on his full-length debut, Doris, including a verse on “Hive” that comes close to stealing the album.

He’s also collaborated with a few other Odd Future members — most notably producer Syd tha Kyd, who he lived with for a while — leading him to be widely considered an “affiliate” of the collective. One Odd Future artist he hasn’t worked with: Tyler, the Creator. Apparently, Tyler hates Vince.

Wait, Wasn’t Vince Basically in Odd Future? Why Does Tyler Hate Him? No one knows. Maybe Vince beat him up or something. Tyler claims they’ve patched things up, though they haven’t exactly been getting on songs together.

What Else Has He Done? Most of his earlier output is promising, but it doesn’t make a big immediate impression or demand repeat listens. His first mixtape, Shyne Coldchain Vol. 1, consists of more-or-less standard variations on the Odd Future sound with the big exception of “Taxi,” a softer rumination on the end of a relationship (with an ex who Staples has, naturally, kidnapped and murdered in his car).

And if you really like Mac Miller, you might have heard their joint tape, Stolen Youth. But for the most part, Staples was best known as a features rapper until this year.

What Changed? Part of it is that he signed to Def Jam (announced quietly in the liner notes of Doris). The label might not be a hip-hop juggernaut anymore, but it’s certainly put more money behind Shyne Coldchain Vol. 2, which sounds fuller, sharper, and more immediate than Vol. 1 in every way (compare “Trunk Rattle” to “Taxi”). And Def Jam executive No I.D. might have had something to do with the guy who rapped “you want some positivity go listen to some Common” appearing on the best track on Nobody’s Smiling, the latest album from the Hell on Wheels star.

Most importantly, though, Staples is growing into his own as an artist. He might not agree with that description — he recently told Pitchfork he sees music as “more of an everyday thing than something that I would look at as an art form” — but Vol. 2 and the Hell Can Wait singles are undeniably more mature work, with a well-defined point of view distinct from other rappers who take on similar subject matter.

What Do You Mean? For someone who started rapping only because he was bored, Staples finds authenticity and meaning in music awfully important, especially when it comes to crime, which he thinks is treated as a joke. “Listeners don’t take a lot of rappers seriously,” he told Pitchfork, “because rappers don’t take themselves seriously.” That his current output sounds like an updated, colder version of early Ice Cube is no accident — this is street poetry from a guy who would punch you for calling him a poet. Vince Staples is quietly having one of the best years in rap because he has something to say.

Eric Thurm (@EricThurm) is a writer living in New York whose work has appeared in Complex, The A.V. Club, and Los Angeles Review of Books.