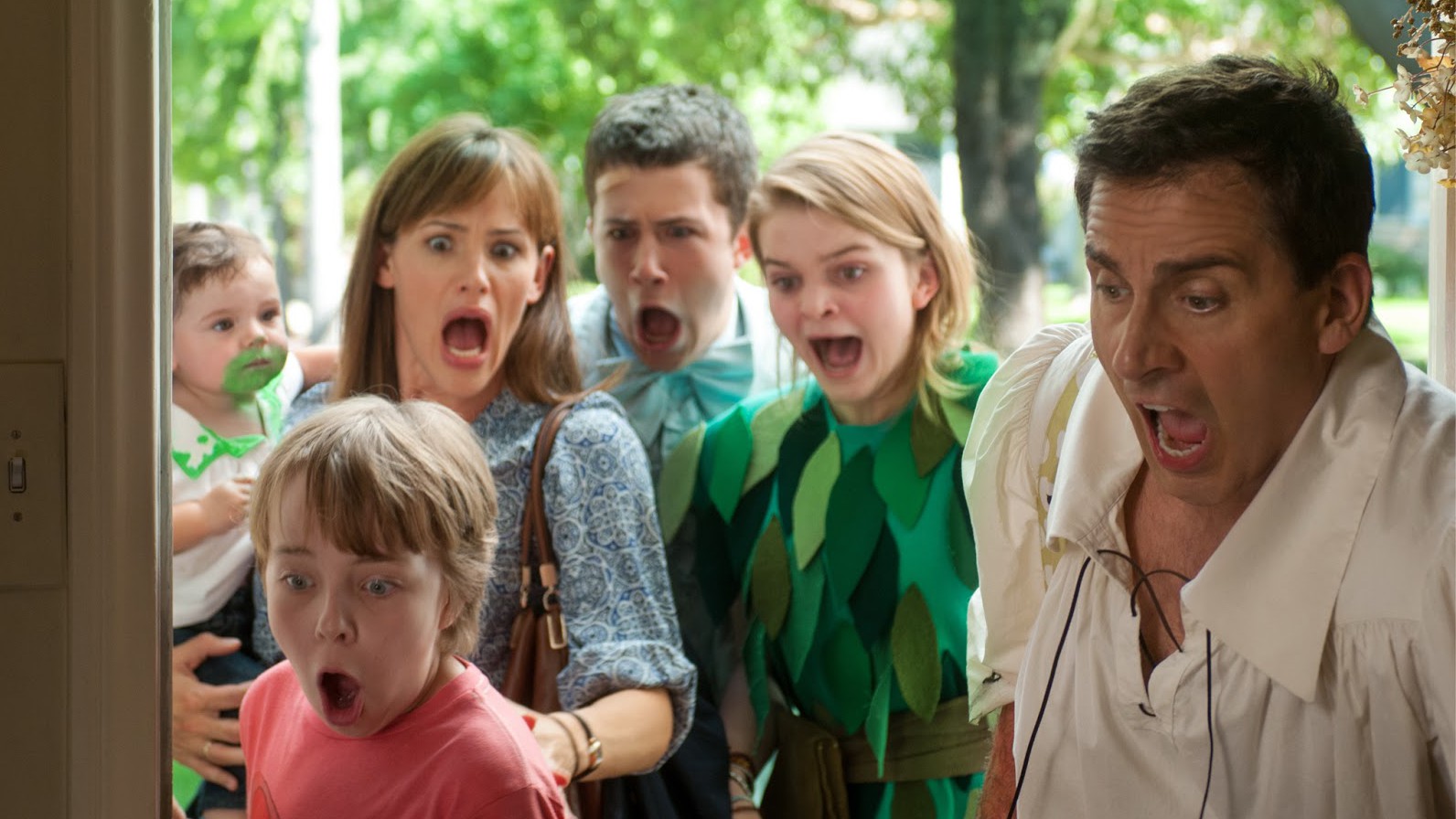 On Saturday afternoon, I took my twin 7-year-olds to go see Alexander and the Terrible, Horrible, No Good, Very Bad Day. I did so for a couple of reasons:

Because I kind of like hanging out with them even though hanging out with them is kind of the worst. The older they get, the more tolerable they are. They’re mature enough now that we can go to the skate park and they can do the ramps or we can play baseball in the front yard and it’s actually a little hard to hit one of them. (Boy B is a good pitcher; Boy A has an arm like a wet piece of thread.) But they also thought the new Ninja Turtles movies was dope, so we still have some stuff to work on.

And because I kind of like going to the movies even though going to the movies is kind of the worst. The first time the boys and I went, we got a thimble of soda and handful of popcorn and it was $350. We’ve been sneaking in snacks ever since. That’s a little thing called teaching your kids the value of a dollar and also the value of covert military operations.

The teachable thing is to not spend your whole life going around blaming other people for things while you walk around like a true sad sack, which is exactly what Alexander does for the duration of the book, and, were I to guess, the duration of his life. Psychological projection is real. Here’s a look at all the terrible, horrible, no good, very bad things, and whose fault they actually are:

Thing That Happens: Alexander wakes up with gum in his hair.

Do you know why? BECAUSE HE WENT TO SLEEP WITH GUM IN HIS MOUTH. What a dumb-dumb. There are only two reasons anyone would ever fall asleep with gum in his or her mouth: because he or she got very drunk the night before, or because he or she is a jerk. I’m going with jerk here, though I wouldn’t be terribly surprised to learn that Alexander had been drinking, given that drunks are blamers too.

Thing That Happens: Alexander trips over a skateboard in his room.

Aw, man, Alexander. Sorry to hear that. Maybe someone planted your skateboard by your bed to try to get you to fall? Maybe your mom should call ADT and get some sort of security system installed to prevent people from going into your room and doing this kind of thing? Or maybe — and I’m just spitballing here — but maybe you should just put your shit away at night? That might do it.

Thing That Happens: Alexander drops his sweater in the sink while the water is running.

Thing That Happens: Both of Alexander’s brothers find toys in their cereal. Alexander doesn’t find anything in his cereal except cereal.

Very sorry that you had to eat breakfast, Alexander. You have my deepest sympathies during your dark morning.

Thing That Happens: Alexander has to ride in the middle of the backseat during the carpool to school.

I guess I’m a little bit sad here that nobody’s taught Alexander how “calling shotgun” works. :( Just a lifetime of middle backseats for him.

Makes sense that Alexander would be a liar too. He’s shaping up to be a real first-class wiener.

Thing That Happens: Alexander sings too loudly. His teacher asks him to sing more quietly.

You know who they don’t ask to sing more quietly, Alexander? Kids who are good at singing. Take a hint, chump.

Thing That Happens: Alexander is asked to count, leaves out the number “16,” the teacher calls him out on it, Alexander tells her to fuck off. I mean, he probably told her that. It doesn’t explicitly say that.

How do you leave off the number 16? That’s, like, one of the top-five most important numbers. I can’t wait for Alexander’s daughter to have her Sweet 17 party. What a dolt.

Paul’s new best friend is Philip Parker, a kid who (presumably) has his act more strung together than Alexander. I can’t even imagine the horrible things Alexander said about Philip later on, which is likely part of the reason Paul ditched him anyway. After Alexander realizes he’s fallen out of favor, he tells Paul he hopes he sits on a tack and that his ice cream falls all the way off the cone all the way down to Australia. (Australia? Maybe Paul ditched Alexander because Alexander has such a poor grasp on how gravity works, or how geography works, or how anything works.)

Thing That Happens: Alexander opens his lunch and realizes his mom forgot to put a dessert in there for him.

How about this: How about your mom forgot to put a little pudding in your lunch because she’s busy thinking about how the house is about to get foreclosed on, Alexander? You ever think about that? Or maybe she just picked up your dad’s phone and saw that Kim from his office texted him some nudes? Or maybe while she was packing your lunch she got a phone from First Baptist Women’s Hospital letting her know that her 94-year-old mother just closed her eyes for the last time? “Alexander, come here. I have some bad news to tell you. Nana has gone to sleep with the angels now.” Are you saying she’s dead, mom? “Yes, sweetie. It’s OK to cry.” Wait. But so am I still getting a Christmas present from her? Oh no. I’m not, am I? What a day. First no toy in my cereal. Now no Christmas present from Nana. Unbelievable. Just keeps getting worse.

Thing That Happens: Alexander goes to the dentist, is told that he has a cavity.

Maybe don’t go to bed with gum in your mouth, you little muckmouth monster.

Thing That Happens: The elevator door closes on Alexander’s foot.

Come on. It’s an elevator door, bro. AN ELEVATOR DOOR. They close hella slow. Plus, they have those little bumper things on them so if they touch anything they automatically open back up. At worst, elevator doors touched your foot. You gotta chill.

I mean, OK, Alexander, this is the only one that hasn’t been your fault, but you deserve it a little bit for all the previous stuff you cried about. Remember in Full Metal Jacket how Private Gomer Pyle kept screwing up and so eventually all the other Marines in basic training get fed up and then attack him with bars of soap in socks while he sleeps? That’s basically what happened to you here. You gotta just eat that. Come back stronger.

Thing That Happens: Alexander gets new shoes, but they’re not the shoes that he wants.

Sorry your mom bought you new shoes, Alexander. I don’t know how you put up with her shit. How are you ever going to live? [Fart noise.]

Thing That Happens: Alexander’s dad gets frustrated with him because he asks him not to play with his copy machine, touch his book, or touch his phone, all things Alexander does anyway.

Thing That Happens: Alexander’s mom cooks dinner, and lima beans are part of it.

How dare your mother continue to feed you. Hopefully CPS shows up soon and rescues you from this nightmare, Alexander.

Thing That Happens: Alexander watches TV and he sees some people kissing and doesn’t like it.

I could do this all day.

Thing That Happens: Alexander takes a bath and when he gets in, the water is a tad too hot. Then he gets soap in his eyes. Then he drops his marble down the drain.

Thing That Happens: Alexander has to wear his railroad pajamas and he does not like his railroad pajamas. His brother takes back the pillow he gave him. His Mickey Mouse night-light burns out. Then he bites his tongue. And then the cat doesn’t want to sleep with him.

Alexander is the worst kid of all time. He’s worse than Macaulay Culkin in The Good Son. He’s like Rosemary’s baby, except way less aspirational. Get him a million miles outta here.