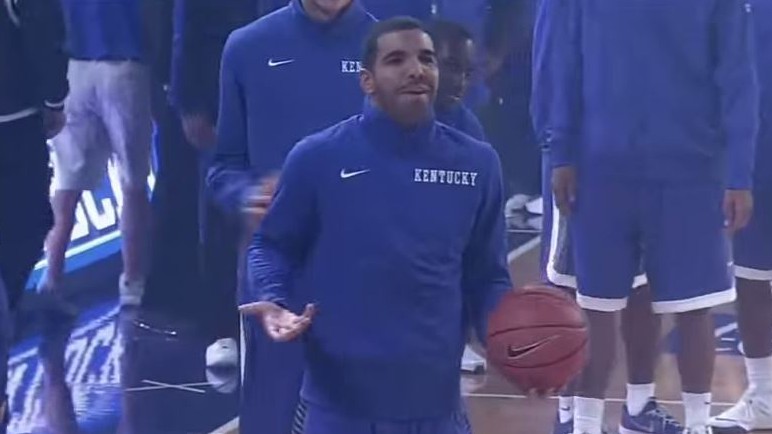 You can’t un-see it.

The 6 ain’t friendly but it’s where I lay up
This shit a mothafuckin’ layup
I been Steph Curry with the shot
Been cookin’ with the sauce, chef, curry with the pot, boy
360 with the wrist, boy

Nothing was the same.

Heaven help us all.

But I’m still playin’ like I’m being scouted till I’m out it
Game time bitch, I hope you’re proud of us
King James shit watch me throw the powder up

After a phenomenal career composed almost entirely out of close calls, Aubrey Drake Graham finally got his heat check.

The thing about a true heat check is that it takes a certain astronomical run to even qualify. If you aren’t aware the heat check is inevitable, you may see someone flourishing and assume it could go on forever. That was certainly the case with late 2012 Kendrick Lamar and early 2013 2 Chainz. They seemed untouchable and infallible, and then next thing you know, K-Dot is walking Adrien Broner into a boxing ring as if he’s about to start an a cappella fight in the cafeteria, and 2 Chainz is making private plane cameos on 2 Broke Girls. 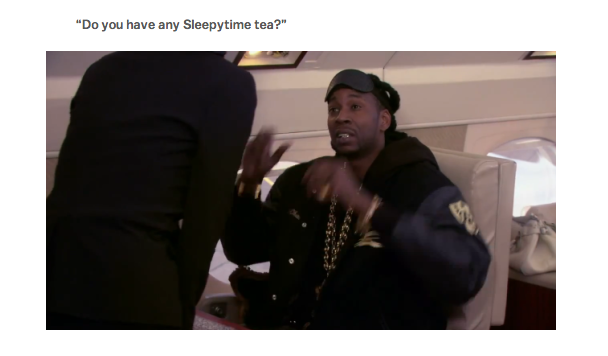 Fast-forward almost two years, however, and it’s clear both rappers have recovered. Both rappers, at their height, assumed the water was warm and didn’t bother to dip a toe in. And then cannonballed into an ice bath.

But it was just a temporary roadblock. A stumble.

What Aubrey has done is in a completely different league. Because his hot is so much hotter. And the air ball he shot was so, so much colder. 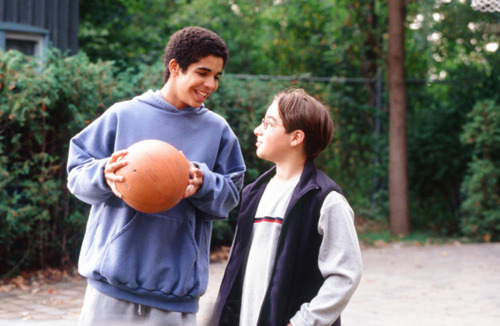 Do not think — for a second — that I am here to make fun of Aubrey. Quite the contrary. I’m talking about this 72 hours after it took place because I’m worried about him. Because his entire life was building to this very moment.

The cool-kid TV stardom, the already legendary rap career, the famous friends, lint-roller memes, fights in clubs, hosting the ESPYS, Courtney from Hooters on Peachtree, the duty as global ambassador for his hometown professional basketball team, the relationship with Kentucky coach John Calipari — it all led to the moment, a most hallowed of traditions: wearing the warm-ups and participating in a Midnight Madness layup line. 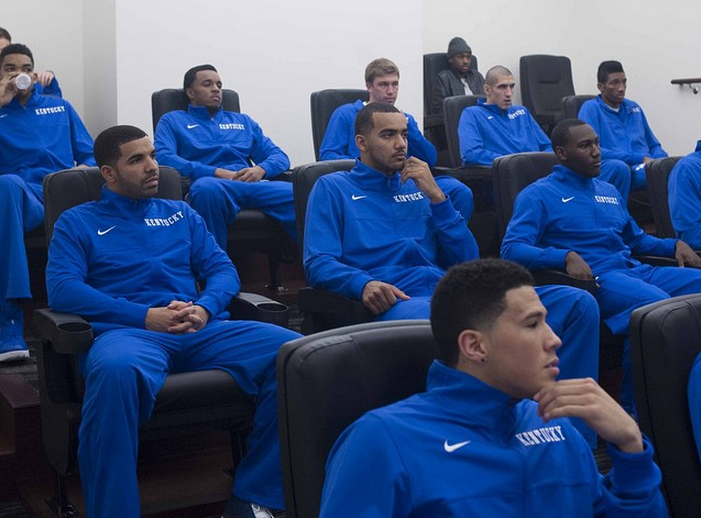 The premise of the entire spectacle — while inherently silly — is slightly beautiful. That of Aubrey Drake Graham, human being, living out his greatest dreams, one favor at a time. Just for an evening, being one of the guys.

And all he has to do is make a layup, the easiest shot in the book. But even if he somehow misses it — a slightly embarrassing act — it’s still better than an air ball. Because that’s the only thing that’s not allowed. And completely unforgivable.

It’s getting difficult to watch. But looking back, you just have to thank the stars that he wasn’t asked to do the three-man weave.

Aubrey asked for the ball back after the air ball, but the damage had already been done. Because Vines are only six seconds. There’s simply no time to capture his second shot, which was — in his defense — an honorable brick. But it was too late.

If you see Aubrey today, tell him he’s a beautiful person, inside and out. To all the people he’s signed to OVO Sound, don’t leave. Stay put, he needs you now more than ever. And Toronto, stand by your guy. Don’t distance yourself from him. It’s because of Aub — and Aub alone — that we love you now and no longer refer to your city as Northwest Buffalo.

I think you’ll be fine, Drake. But yes, this was your heat check. Even with good new music leaking on the Internet, as well as a 28th birthday coming up, feel free to lay low. No one has ever been judged over a Netflix-heavy Q4. See you in 2015, old friend.