A Note on ‘Jumpman’ by Metro Boomin ft. Drake and Future 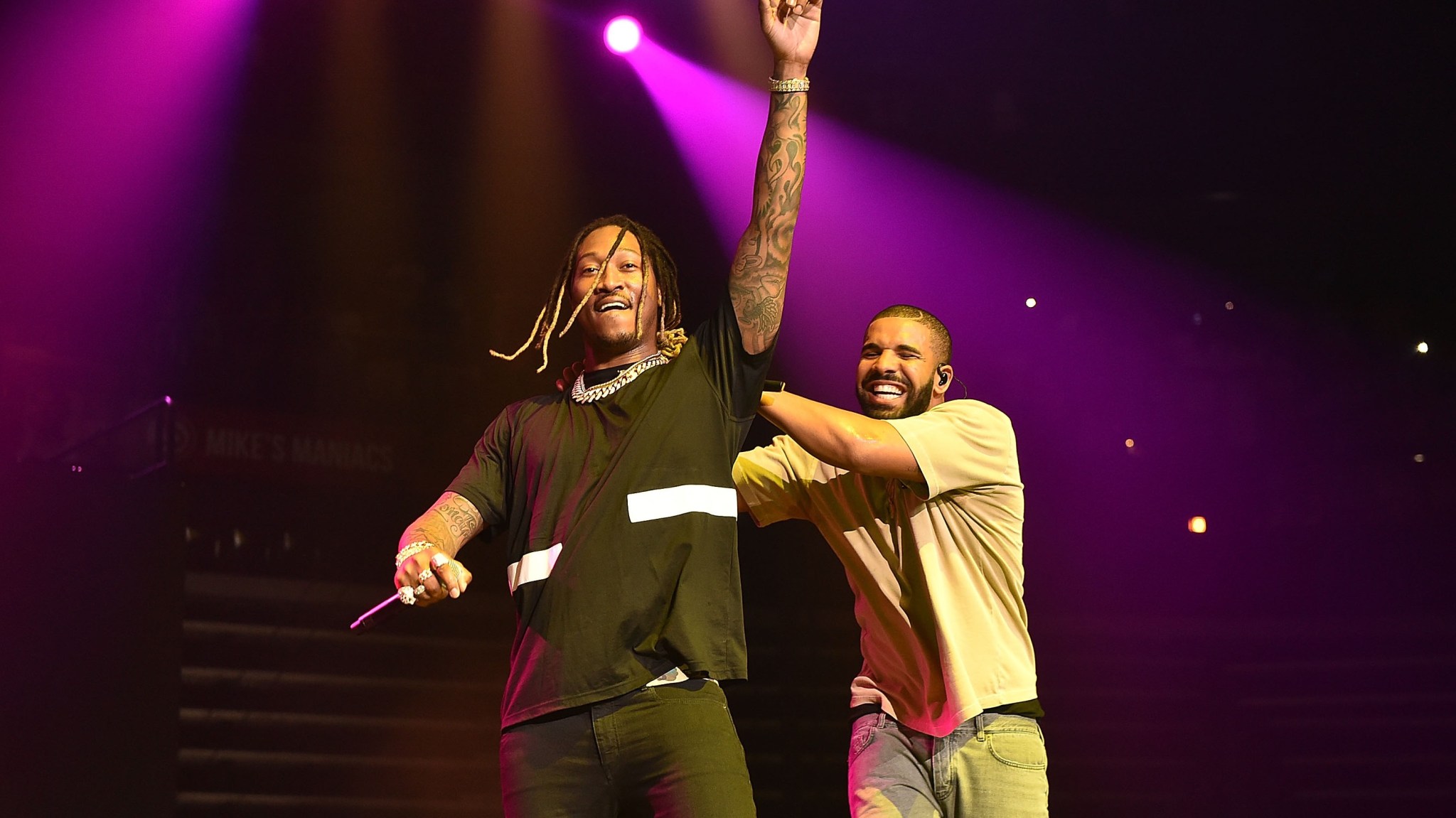 One of the gifts of the latter days of summer was the video to Future’s song “Where Ya At,” from his third studio album, Dirty Sprite 2. The song features a verse from an increasingly swoll and bearded Aubrey Drake Graham, alongside Future Didion, who — with regard to his fashion, most notably his 10-gallon-hat look — is fully dialed in. Because it’s a union of two of the more culturally relevant active rappers — who have two of the most loyal (and occasionally delusional and always hyperbolic) fan bases — they are the immediate stars of the song and video. When you take a step back, however, you realize they are not.

The first minute of the video has Future dancing on a roof, in front of DJ Esco and producer Metro Boomin, who are really dancing on the roof. Each time Esco and Metro appear on the screen, it’s almost subliminal, lasting typically no more than a second. But in that second, you see portions of their hood ballet, and each time it’s equal parts grace and chaos.

Seeing them dance in the video changes the way you approach the song, changes how it hits you. And while Future and Drake are certainly gliding to the track, that pales in comparison to the intimate relationship Metro and Esco appear to have — physically — with every granule of it. Which should come as no surprise, as Esco is Future’s DJ (as well as the gatekeeper who decides which music plays at Atlanta’s famed Magic City Mondays, which makes him an ethnomusicologist of sorts) and Metro Boomin produced “Where Ya At.”

This was not the first time that Drake and Future had worked together, and as we learned weeks later, not the last, as a joint mixtape, What a Time to Be Alive, was released on Sunday night. Recorded recently over a six-day stretch in Atlanta, the project comprises 11 songs, nine of which contain both Drake and Future, with two solo tracks (one for each rapper) tacked on at the end. Again, because it’s Drake and Future, the immediate reaction is to focus on every word uttered by the two rappers and break down the hidden meanings that give insight into various disses and beefs, which ultimately will lead to future blog posts. To their credit, they do a great deal to grab your attention: 10 songs from either of these rappers would be a big deal, especially with little time for fans to emotionally prepare — that it’s a joint project only intensifies the effect.

That said, while this is certainly a Drake-and-Future collaboration, it’s a Metro Boomin mixtape. The two rappers are clearly the luxury car, but Metro as executive producer is the steering wheel. He worked on seven of the tracks, producing three of them by himself. One of the songs that he solo-produced is “Jumpman.”

For years, the many dances that have come out of Atlanta have been lyric-dependent. When it’s time to “stanky leg,” you listen to GS Boyz’s “Stanky Legg.” The only time you really “walk it out” is during DJ UNK’s “Walk It Out.” And when an entire room is ready to “swag surf,” that is happening only when “Swag Surfin” by Fast Life Yungstaz (or Lil Wayne) is blaring from the speakers.

The current trend is slightly different but still based on the same formula. The past few years — in large part due to the rise of Vine, Instagram video, and dancing Atlanta teens being the most creative humans who exist — have produced a universe of dances, most of which eventually inspire songs. The dances begin in driveways, school parking lots, cafeterias, and living rooms, and they’re recorded and shared so much that a flurry of songs are built around them. There isn’t a singular song for the nae-nae, for example, but there are many songs that are constructed (and named) in a way that allow those who want to nae-nae to do so to a variety of beats with simplistic, repetitive, “nae-nae”-heavy lyrics. The yeet began, culturally, with a Vine of a kid affectionately nicknamed Lil Meatball doing the dance on his school’s track. Because the Vine caught on and the singular move is great, many yeet-titled songs popped up, just so people could capitalize on the newest dance. Most notably, babyfaced rapper Silento has turned this entire craze into one song, “Watch Me (Whip/Nae Nae),” which does little more than list all of them. (It shot up to no. 3 on the Billboard Hot 100 chart.)

What Metro has done on this mixtape, most notably on “Jumpman,” is to fall somewhere in the middle. The song is begging for you to do a number of already established dances (as well as ones that haven’t been invented yet, plus things that aren’t technically dances but just feel good in the moment), but nowhere does it tell you what to do. The instinct to do certain moves is in the DNA of the song. Listening to “Jumpman” for the second time, I was already dabbing in my chair, unaware for a few moments that I was dabbing in my chair. The song was built for it. And we know the song was built for it because we’ve seen Metro glide to his own creations.

The production swells and relaxes throughout, with the smoother periods hinting that you were only bars away from hitting the move of your choice. And Drake and Future do exactly what Metro’s production asks for, taking full advantage of their ability to use ad-libs, hit high notes, or repeat the same word at the end of bars, using them right when the beat asks for the listener to hit a dance move — that classic Atlanta one-note dance move.

There are two parts to Atlanta dance music right now, the on- and off-beat moves. It’s a game of constants and variables. The constant is the move you always come back to, the move that happens every four beats, the thing that gets the name, the glory — the nae-nae, the dab, the yeet, the whip. The variable is what’s happening on those other three beats, the freestyle, the do whatever you want as long as you make it back to some socially agreed-upon move by beat four.

“Jumpman” comes at a time when there’s a surplus of fun shit to do when a good rap song comes on at a party. In a little over three minutes, one could pull out nine or 10 moves, plus all the freestyle that comes between all of those moves. It brings you back to Esco and Metro on the roof, where each time you catch a glimpse of them, they’re doing something slightly different. Essentially, it’s a master class of production and rapping and context firing on all cylinders, all very much firmly within the pantheon of Atlanta hip-hop, most of which was meant to be played loudly, played in public, and, above all else, danced to.

Filed Under: Music, Drake, Future, metro boomin, What a Time to Be Alive