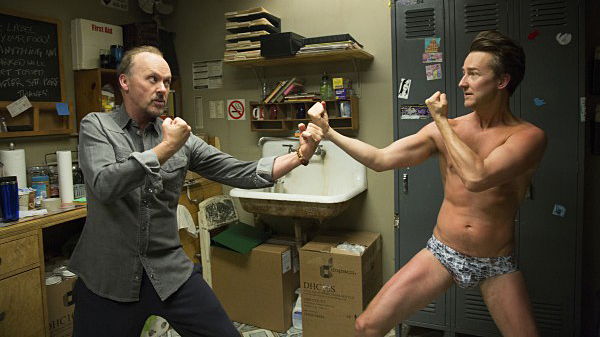 One of the most confusing aspects of the movie business is how actors end up in the roles they do. In 1971, William Friedkin did everything short of file a restraining order to keep Gene Hackman from playing Popeye Doyle in The French Connection. John Schlesinger didn’t want Dustin Hoffman to play Babe Levy in Marathon Man. Leonardo DiCaprio turned down Boogie Nights. Every time an actor gets a part, it’s because dozens of opinions, schedules, and circumstances happened to align. It’s like trying to figure out why you ended up in a certain parking spot.

Because of this, the sense that Edward Norton has deserved better roles than what he’s gotten over the past 10 years is both hard to shake and not particularly instructive. It could be Norton’s fault. It could be Hollywood’s. It could be an act of God.

In the late 1990s, Norton was nominated for an Academy Award twice, for 1997’s Primal Fear and 1999’s American History X. In 1999, he starred in Fight Club, and in 2002, he shined in 25th Hour. If Norton had stopped there and spent the rest of his life wandering the High Line in Manhattan or protecting the Maasai, he’d still have a significant place in American film — he was the avatar of Generation X’s weird impotence and self-loathing.

He didn’t stop: He was a villain in The Italian Job, a magician in The Illusionist, a cop in Pride and Glory, and a post–Eric Bana, pre–Mark Ruffalo Hulk. Two years ago, he played a government official in The Bourne Legacy, with the perfect blend of Machiavellian menace and perverted patriotism. Like every other actor in Hollywood, he’s been in a couple of Wes Anderson movies. But nothing from his recent work rivals the heights he reached between 1997 and 2002.

Instead, he got a reputation for being a bit of a thorn. Norton wouldn’t just act in films: He’d try to wrestle them into a certain shape. That meant an incomprehensible Hulk that heavily bore his fingerprints, but not enough that he would promote it upon release. He also washed his hands of The Italian Job, which he starred in only under threat of lawsuit. And his true starring vehicles became more and more esoteric: Leaves of Grass and Down in the Valley grossed less than a million each domestically; Stone and The Painted Veil made only seven figures.

With Birdman, the new film by Alejandro G. Iñárritu, this all changes. Norton plays a stage actor named Mike Shiner, (in)famous for taking the authenticity of theater — a truth in Birdman’s philosophy of Old Man Yells at Cloud — to its illogical extreme. Every time he enters the frame, he could show any emotion and behave any way. Shiner’s only trait is his inconsistency; he’s like a roulette wheel.

Birdman is about Riggan Thomson, played by Michael Keaton, an actor known for his two-decades-old turn as a superhero, now trying to resurrect his career by way of Serious Art. (Is this a description of Thomson or Keaton? Exactly!) Thomson opts to adapt, direct, and star in a Broadway version of Raymond Carver’s “What We Talk About When We Talk About Love,” and Shiner comes on at three minutes to midnight as a replacement cast member.

Norton’s first scene in the film sees Shiner rehearsing the play with Thomson. In 90 seconds, Norton runs through a Crayola box of tones and emotions, jumping between Shiner and Shiner’s character in the play like he’s changing shirts. Throughout the rest of Birdman, flexibility defines his performance. He fistfights in a floral Speedo. He wields an erection like it’s his first. He throws himself into being a maniac. Norton empties the playbook, turning a flimsy role into Dada madness.

So far, in the hype cycle around Birdman, Keaton’s been the main point of praise, but his performance feels showy to me, through no fault of his own — he just doesn’t have much to work with, and his fireworks seem unearned. He’s at his best in his scenes with Norton, when his character has a real counterpoint. When Keaton and Norton go at it, the spectacle becomes the point.

Norton is so good in Birdman that it makes you imagine alternative histories. What if, instead of focusing on United Nations ambassadorships and Obama documentaries — you know, important things — Norton had acted more? The mind reels. Could you have seen him in the Matt Damon role in The Departed? As Mickey Haller in The Lincoln Lawyer? As a member of Ocean’s Eleven?

In an industry full of antiheroes, there might not be an actor better than Norton at making us feel like we’re seeing anger and confusion for the first time. He’s so good at playing frustrated, searching, and sexually unwell that he’s ready-made Sunday-night TV. Somebody, please make that show.