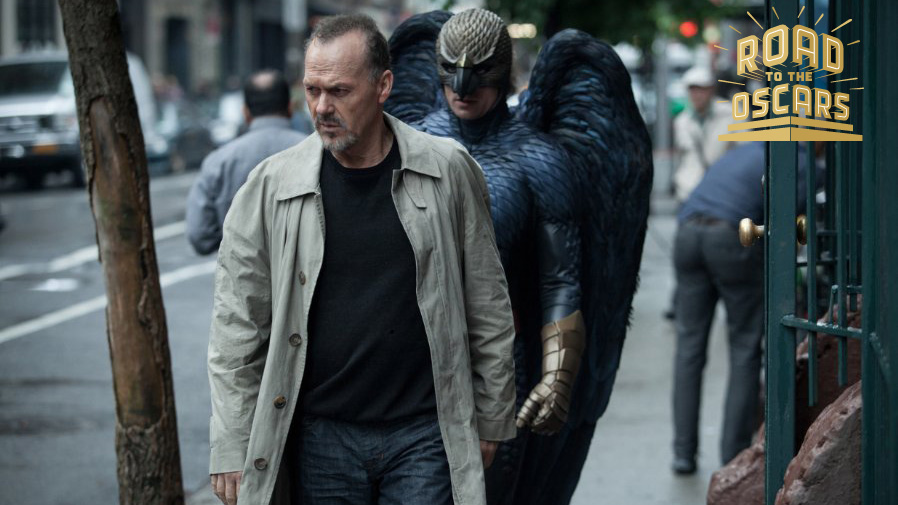 In the last couple of columns, I complained that many of this year’s Oscar-nomination races are too pat, too predictable, prematurely entrenched, and lacking in depth. Well, that’s all over. We’re up to Best Actor, and we finally have a complicated and messy race, one in which six real contenders are vying for five slots, and a bunch of other guys who in most years would be in the thick of it are left angrily banging at the door. The names are great, the quality level is high, and, come Thursday, the blood on the floor will be bright red.

Here’s how it breaks down: The six men at the front of the pack fall into three groups. The first — actually, it’s not really a group, it’s just him — is Michael Keaton for Birdman. When I interviewed Keaton in September before the movie opened, I noted that his refusal to debase himself by claiming that the character he plays — aging, humiliated, desperate for a comeback — was autobiographical ran the risk of ruining a perfect, glib Oscar-season narrative. I was joking, mostly, although some have since suggested that the 63-year-old actor’s disinclination to appear sufficiently needy might actually damage his chances. If campaign-related nonsense is really that meaningful, let’s just pack this whole thing in, because the quality of Keaton’s performance —not to mention that he has probably worked with half the members of the actors’ branch over the last 35 years — should guarantee him a slot.

The second group — Good Actors Playing Great Men — includes Benedict Cumberbatch as Alan “Sherlock” Turing in The Imitation Game, Eddie Redmayne as Stephen Hawking in The Theory of Everything, and David Oyelowo as Martin Luther King Jr. in Selma. It’s slightly irritating that, in a strong and vital year for screen acting, voters seem to be settling on impersonation to the exclusion of many other types of performances. In my least favorite awards-baiting flourish of the season, the Weinstein Company has mounted a vigorous print campaign stuffed with testimonials to Turing’s importance from gay-rights group leaders and tech-company CEOs. This is gross, pushy, and, with its air of stentorian special pleading, more than a little insulting to Cumberbatch and to the movie. Should Paramount be lining up civil rights titans to explain the significance of Dr. King? Is it too late for Focus to enlist Neil deGrasse Tyson to sing the praises of Hawking? (Actually, done!) Or might everybody just shut up and see the movies? There’s a legitimate discussion to be had about the nature of each of these performances, specifically about how successfully these three talented and resourceful actors manage to suggest dimension and ambiguity in the men they play, even at points when the scripts don’t demand or permit it — but not if the Best Actor race is (as Janet Maslin memorably put it in the New York Times the year Gandhi won Best Picture) suddenly mistaken for the Nobel Peace Prize.

The third group — one I’m really fond of — is nutcases, specifically the two played by Steve Carell in Foxcatcher and Jake Gyllenhaal in Nightcrawler. Conventional wisdom seems to have it that there can be room for only one — even the movies’ titles seem like they belong next to each other in a bracket— and that appreciation for the gleaming, avid, self-help-manual-spouting sociopath that Gyllenhaal brilliantly plays in Nightcrawler is rising at the same rate as admiration for the terrifyingly abstracted, slack, blank-eyed, self-absorbed lunatic that Carell just as brilliantly plays in Foxcatcher is waning. I don’t know whether that’s a real thing or just pundits bouncing a piece of noise off one another until we convince ourselves that it’s objective reality. (We do that, you know; remember last year when there was all that noise about how Robert Redford was going to win the Oscar and he didn’t even get nominated? That was us.)

It’s almost impossible to discern a trend from the awards announced so far. The Broadcast Film Critics Association, which has six Best Actor slots, nominated five of these guys. The Screen Actors Guild left out Oyelowo — but there was some question about how many of their nominators saw Selma. The Globes nominated all six, solving the overcrowding problem by moving Keaton over from Drama to Comedy/Musical (which has its own Best Actor category). And BAFTA bumped Carell down to Supporting Actor and omitted Oyelowo altogether as part of a larger shrug-off of Selma.

There are other top-notch candidates this year. Ralph Fiennes, not an actor I associate with a million laughs, gave The Grand Budapest Hotel a confident and completely original comic center; it’s hard to imagine another actor doing what he did. Bradley Cooper, an apparent Academy favorite who’s going for his third nomination in as many years, not only bulked up but did everything he could do to give the underimagined role of Chris Kyle complexity in American Sniper. Oscar Isaac brought young-Pacino smoldering restraint to A Most Violent Year; Miles Teller, nuanced, vulnerable, and deeply committed, was every bit as responsible for the success of Whiplash as his more acclaimed costar; Tom Hardy, who had nothing to play off of but a steering wheel in Locke, was good enough to beat every one of these guys for Best Actor from the Los Angeles Film Critics Association; and Timothy Spall took the same honors from the New York Film Critics Circle for Mr. Turner. But all of these gentlemen face the same hurdle: To get a Best Actor Oscar nomination, they have to knock off not just one of the top six, but two.

So who’s out? If Gyllenhaal misses, it will be because the old-guard portion of the Academy electorate didn’t feel that the raw and rancid Nightcrawler was sufficiently Oscar-friendly. If Carell’s out, blame anti-TV snobbery. Same issue with Jennifer Aniston — the “he’s not really one of us” factor. And if it’s Oyelowo, it would mean only the second all-white set of 20 acting nominations in the last decade. The SAG and BAFTA omissions suggest he’s vulnerable. Blame Selma’s late start, and the fact that King, as written, lacks some of the interiority that can let an actor fully go to town; we see him strategizing and struggling but rarely just living. And blame a bunch of other stuff as well, which I’ll go into on Thursday, if necessary. 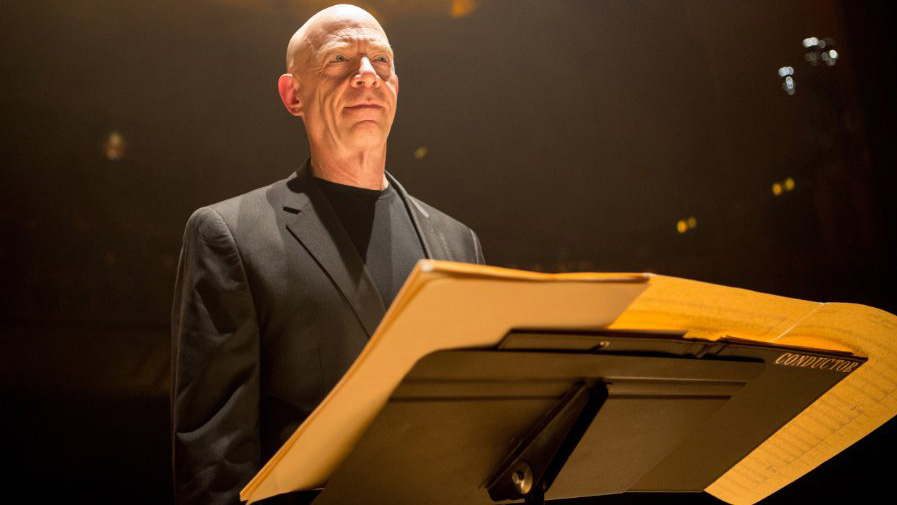 Over the weekend, Kevin B. Lee, a film critic doing research for his annual series of Fandor video essays, pointed out on Twitter that in Foxcatcher, Carell has the same percentage of screen time that J.K. Simmons does as the sadistic drillmaster musician in Damien Chazelle’s Whiplash. So why is Carell, who plays one point in a complicated triangle, up for Best Actor, and Simmons, who’s essentially half of a two-hander, the front-runner for Best Supporting Actor? I don’t know, but I don’t think category fraud is in play here. Definitions of “supporting” often reside in intangibles — whose story is the movie telling, how large is the cast, how central is the character? And given that the standards are elastic enough so that Anthony Hopkins can win Best Actor for 16 minutes of work in The Silence of the Lambs and Ethan Hawke can get nominated for Best Supporting Actor for what was absolutely a co-lead in Training Day, I’ll allow that 42 to 43 percent of a movie’s running time — where, by Lee’s calculation, both Carell and Simmons land — falls safely into the realm of “could go either way.” In any case, Simmons, a 60-year-old veteran of movies and TV who had the kind of breakthrough part of which character actors dream, is a well-deserved all-but-certain nomination here.

His competition will probably include three men whose performances were good bets from the minute their movies were first seen. Ethan Hawke should score his second nomination for acting (and fourth overall — he’s got two for screenwriting) for his generous, intelligent, beautifully paced work as a so-so American dad in Boyhood (like Patricia Arquette, he gets credit not only for a truly worthy performance but for 12 years of commitment and for the essential patience and focus it took to work with an untrained kid). Edward Norton is in line for a third nomination — and a first for being riotously funny — for his high-energy, ruthless, slightly self-spoofing take on a Committed Thespian in Birdman; to my eyes, this is the best “impossible actor” performance since Dustin Hoffman in Tootsie. And even people who don’t like Foxcatcher have expressed admiration for Mark Ruffalo’s incarnation of determination and decency as Olympic wrestler Dave Schultz.

All of our Oscar coverage!
If Team Foxcatcher had decided to campaign Carell in this category, he’d probably take the fifth slot (that is, in fact, the exact BAFTA lineup). However, the Globes, SAG, and the Broadcast Film Critics Association, honoring the decision to keep Carell in Best Actor, all went another way, nominating Robert Duvall for his performance as the aging, declining title character in The Judge, a big, sentimental slab of American cheese that has no business being anywhere near an awards race. Which is a pointless complaint, since the Academy actors’ branch is, among other things, something of a big, sentimental slab itself, and honoring a respected veteran is one of its most reliable traditions. Duvall turned 84 on January 5; if he receives what would be his seventh nomination (42 years after receiving his first, in this category, for The Godfather), he will become the oldest man ever to be nominated for acting.1

Best Supporting Actor is usually loaded with contenders but, perhaps because there’s been so little debate about the first four choices, contention for that fifth slot has been surprisingly muted. The actor seen as the likeliest choice to deny Duvall a slot is Tom Wilkinson, vying for his third nomination as Selma’s LBJ. But the fact that quarrels about the movie have landed squarely on his character doesn’t help, and the performance isn’t the kind of full-on transformation that actors often like to reward. There are many other worthy candidates — including Wilkinson’s costar Tim Roth, who etches a sharp George Wallace without overdoing it — but none of them got much of a toehold this year. The sixth BFCA slot went to Josh Brolin for his work as Inherent Vice’s bellicose flattop; it’s the kind of big, bold, GIF-able performance that makes Internet dudes swoon, but if all the blog love in the world couldn’t get Albert Brooks a nomination for Drive, Brolin has an uphill climb. (Likewise, Brooks himself might have a hard time edging in for flawless work in a too-small role in A Most Violent Year.) Before Unbroken opened, there was a lot of buzz about the sadistic prison-camp guard played by the Japanese pop star Miyavi, but it seemed to dissipate once people saw the movie.

Could there be a big surprise here — Johnny Depp or Chris Pine for Into the Woods, or Tony Revolori, the stoic lobby boy of The Grand Budapest Hotel, or Gone Girl’s going-for-it Tyler Perry, or Academy favorite Christoph Waltz (whose placement here rather than in Best Actor for Big Eyes is actually category fraud), or Andy Serkis, finally making the motion-capture performance case for Dawn of the Planet of the Apes? Yes. For what it’s worth, the surprise I’d be happiest about would be Nightcrawler’s Riz Ahmed (a.k.a. Riz MC), whose work as Jake Gyllenhaal’s hapless, gullible assistant is as good as any performance in this race. But these are all stretches in a category that, for whatever reason, did not seem to compel anybody to go searching in left field this year.

A Sliding-Doors Thought Experiment: What If Leonardo DiCaprio Had Done ‘Boogie Nights’?