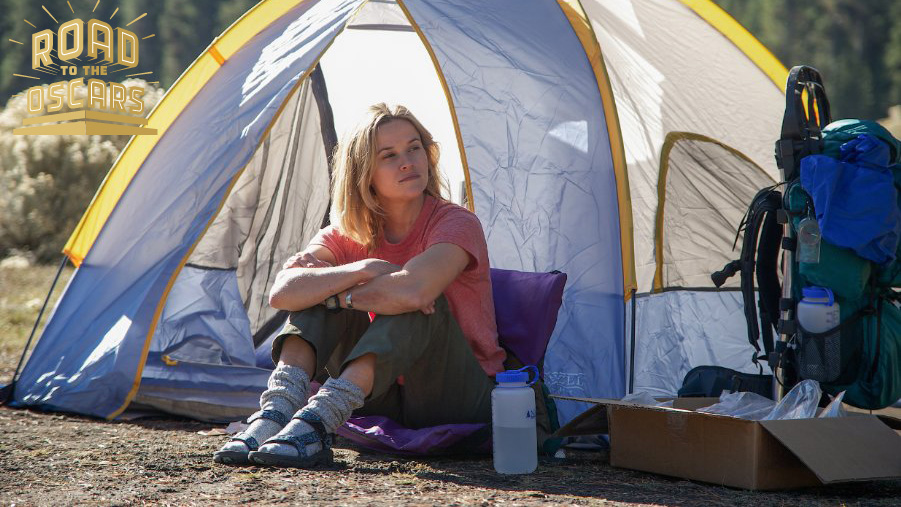 One of the worst things that can befall an Oscar nomination race is premature consensus. If the lineup in a particular category seems to crystallize sometime around (or as a result of) the Toronto or Telluride film festivals in early September, a kind of arthritis can set in. Bloggers and predictors, who are not, as a rule, fond of being outliers, become attached to their guesses and uneasy about breaking from the pack. Studio and publicity campaign teams — which spend more time than they should eyeballing those early guesses — start to invest in them, to refer to various choices as “locks” or “long shots,” and to move resources away from possibilities outside the consensus before the season even plays out. Immense collective will is soon required to recapture the elasticity that allows a new name to enter the race. Too soon, everything calcifies.

That’s largely what’s happened in this year’s Best Actress contest. When I wrote about the field in early December, I complained that it already felt cast in stone, and I was right — at least, 80 percent right. One month later, Julianne Moore remains the perceived front-runner for her role as a victim of early-onset Alzheimer’s disease in the indie drama Still Alice, a movie that will not begin its actual commercial run until Friday, when it clearly hopes to draft off a nomination for its star. Actual merit plus a sense of accruing debt (this would mark the fifth nomination for Moore, who has never won) is a potent combo, which is why virtually nobody is arguing against her. Moore will likely be joined by Reese Witherspoon; Wild, in which Witherspoon takes a potentially showy role and gives it the kind of understated reading that only a confident actor can, has not been a huge hit, but at $30 million, it’s done well enough. Witherspoon was a ubiquitous presence this fall; she also produced Gone Girl and will likely be joined in the category by Rosamund Pike, who played the role once earmarked for her producer. (I’d love to have seen Witherspoon’s Amazing Amy — she can work wonders with parts that let her reveal appetite and ambition — but Pike brought her own forbidding steeliness to the part, and a blockbuster hit built around a female character is too rare to be ignored.) I’m still somewhat bewildered by the collective certainty that Felicity Jones is a done deal for her fine, basically supporting performance as a fine, basically supportive person in The Theory of Everything, but general goodwill toward a movie can beget clusters of nominations, so she seems a likely candidate.

Last month, I wondered why more people weren’t looking at Marion Cotillard for her now hugely acclaimed performance in the Dardenne brothers’ Two Days, One Night. Since then, she’s taken a slew of best-actress prizes from critics’ groups (which also recognized her for James Gray’s The Immigrant); I’ll root for her to take a slot not just because of the quality of her work, but also because she’s been off the campaign circuit so completely that a nomination would be a finger in the eye of people who (grotesquely, I think) insist you should have to hustle to get one. Amy Adams, a five-time nominee, has worked for it; she made the rounds for Tim Burton’s Big Eyes, but the movie hasn’t kindled with critics or the public in a way that makes this nomination feel essential or likely. And Hilary Swank is wonderfully tough, vulnerable, and sad in Tommy Lee Jones’s The Homesman, but the movie was not a hit, and in the Oscar race, unsuccessful is worse than unseen.

There are many ways this contest could have gone, but what it became was a sort of job interview in which the HR department of the Academy sought a deserving applicant to sit alongside Moore, Jones, Pike, and Witherspoon in the final five. The likely hiree turns out to be Jennifer Aniston, who plays a well-off Los Angeleno suffering from chronic pain and 310 anomie in Cake, an indie that, like Still Alice, is waiting for the nominations to happen before it begins its run. Aniston is excellent in Cake; she submits to the whole looking-like-crap thing that is a required demonstration of serious intent without abandoning the flawless, acidly comic line delivery she has honed for 20 years. She’s always been underappreciated, and that in itself constitutes a viable and appealing Oscar-season narrative for a potential first-time nominee. Like the four women she seeks to join, Aniston has already been recognized for this performance with nominations from the Golden Globes, SAG, and the Broadcast Film Critics Association. That’s not a guarantee of an Oscar nomination, but at this point, anyone else would be a surprise.

Emily Blunt, Into the Woods
Jessica Chastain, The Disappearance of Eleanor Rigby 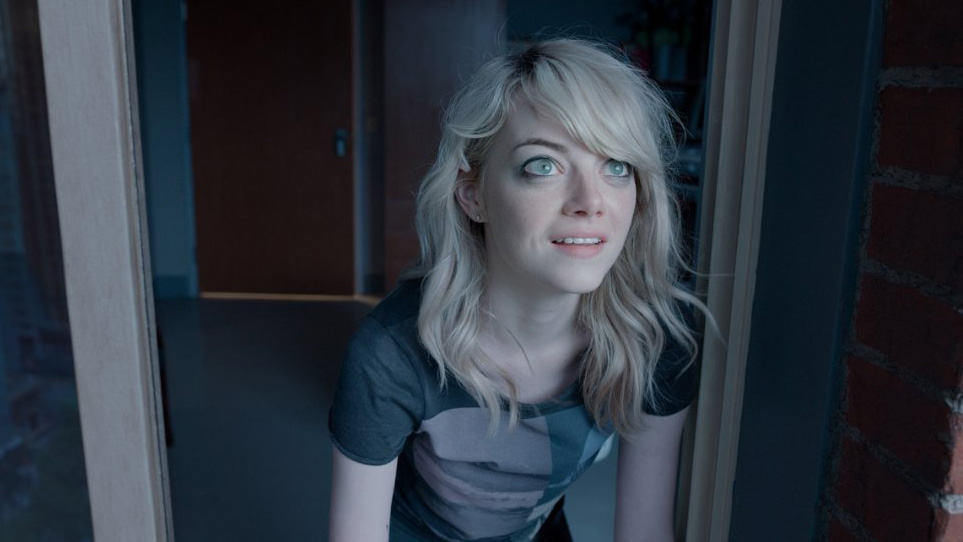 Best Supporting Actress has been a rangier conversation, but only slightly, since one performance has been so dominant in early handicapping and critics’ awards that nobody — at least, not right now — is calling this a horse race. Boyhood’s Patricia Arquette ticks off every Oscar box: She’s superb in the movie, she has a ton to do in it, including a spectacularly emotional set of scenes near the end, and she allowed herself — in fact, given the nature of the production, was forced to allow herself — to age naturally onscreen. Since so much of Richard Linklater’s film is about the parents — specifically, what softens and what coarsens as one moves deeper into middle age — she seems in ideal dialogue with her role. The Los Angeles Film Critics Association threatened to muddy her path by awarding her Best Actress, but not even the threat of category confusion can impede her.

Arquette’s competition is likely to include Emma Stone; Best Supporting Actress nominations are often votes for the career still to come, and Stone has already done several years of good work. The impact of the scene in Birdman in which she rips into Michael Keaton as a vain failure is probably enough to secure her a slot; and despite a certain amount of chatter about how stars hurt themselves when they don’t (or can’t) show up for every event, the fact that she’s currently giving a well-reviewed performance in Cabaret on Broadway is, on balance, more help than hindrance — it cements the case for her credibility. If Meryl Streep is honored for her work as the Witch in Into the Woods, it will be her 19th nomination, an acting record unlikely ever to be broken, except by Streep herself. Given that she’s got a couple of the movie’s richest songs and sings and acts the hell out of them (it turns out to be a good thing when a singer actually thinks about what the lyrics mean), she earned this one fair and square. Keira Knightley is certainly plucky and determined in The Imitation Game. You know every beat she’s going to hit, but it’s not her fault she’s been given nothing to do but the equivalent of figure-skating compulsories, and I’ll admit there’s a degree of pleasure in watching her knock them off with polish.

All of our Oscar coverage!
If I ran the circus, we’d be talking about the funny, shocking, completely original work of Jillian Bell in 22 Jump Street. (Clearly, I don’t run the circus.) Laura Dern is touching as Cheryl Strayed’s mother in Wild; she does everything she can do with the role without pushing, but it’s hard to build a character entirely in flashback. Two-time nominee Naomi Watts scored a surprise SAG nomination for her broad, brassy turn as a pregnant Russian stripper in St. Vincent, but the nod didn’t spark the surge of attention it needed to. Vanessa Redgrave is indelible in Foxcatcher, but her role is barely more than a cameo; likewise, Carmen Ejogo sketches a beautiful version of Coretta Scott King in Selma, but has to make her mark with very few brushstrokes. Tilda Swinton — a yak-haired vampire in Only Lovers Left Alive, a lusty Downton-ish dowager in The Grand Budapest Hotel, and a monstrous dystopian dictatrix in Snowpiercer — had a great run this year, and if Internet-based film critics ruled the world, she’d be our next president, but appreciation of her didn’t quite coalesce into a focused nomination push this year. Rene Russo’s work as a tough, wary, grasping local newswoman in Nightcrawler is sterling, and the movie clearly has momentum within the industry; we’ll know just how much come Thursday. Appreciation for Into the Woods doesn’t feel quite keen enough to tug Anna Kendrick’s sweetly human-scale Cinderella into the race alongside Streep, and Aniston’s coattails probably aren’t long enough to carry Babel nominee Adriana Barraza, who plays her forebearing caregiver in Cake. That leaves Jessica Chastain, working a Brooklyn accent and a hard-shell coat of makeup in A Most Violent Year with such brittle, unsentimental authority that, assuming enough people see the late-arriving movie, she could be looking at her third nomination in four years.