Hype Going Up (on a Tuesday): ILoveMakonnen and the Power of the Drake Career Boost 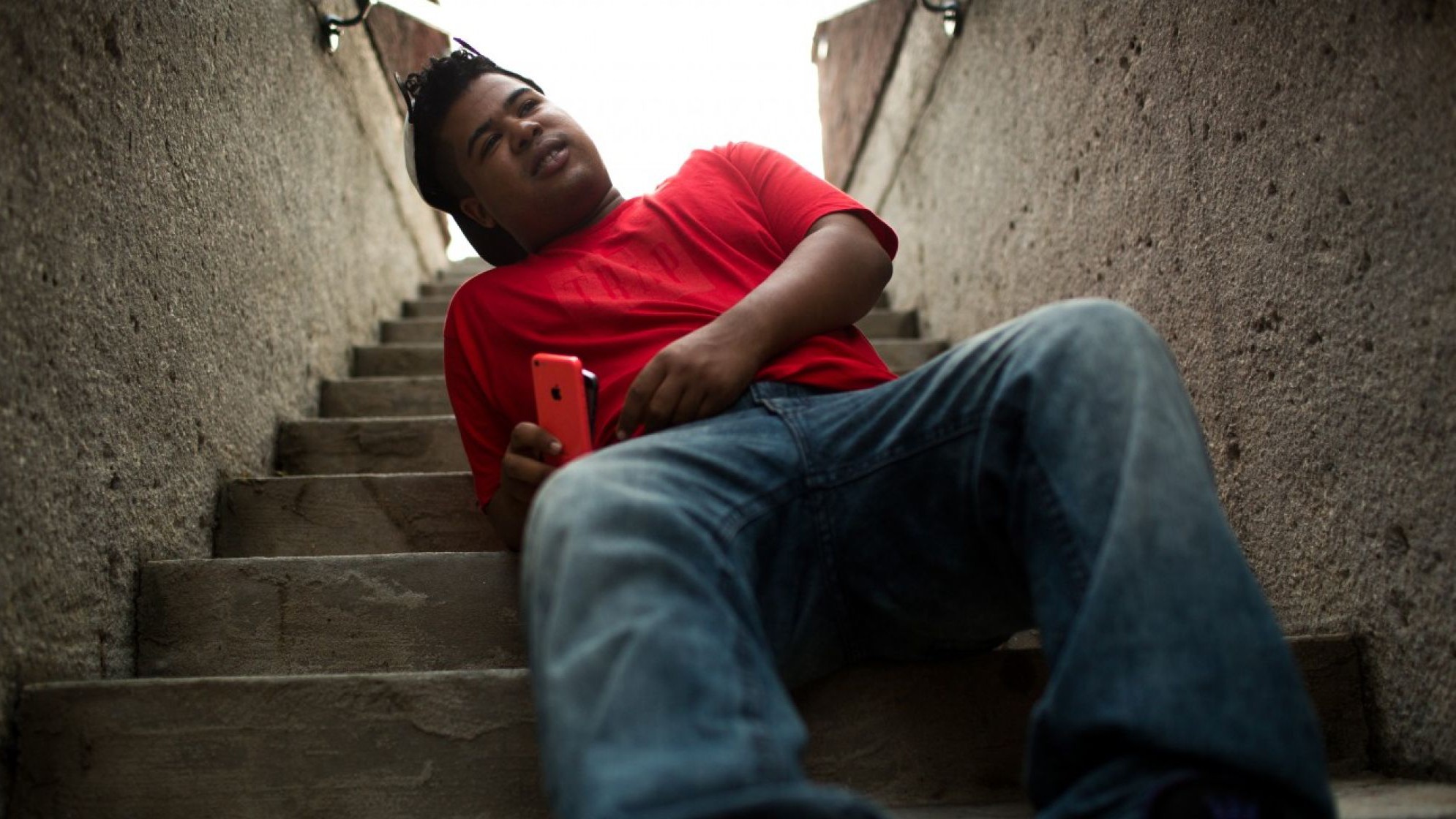 Just how valuable is a guest appearance from Drake? Is it worth a hit single? A tour? A career? For ILoveMakonnen, a rapturously crooning L.A. transplant making desperate, dazed R&B-rap in Atlanta, the surprise addition of a Drake verse to his “Club Going Up on a Tuesday” two weeks ago sped up what had been a slow but promising rise. For the past few years, ILoveMakonnen (real name: Makonnen) was a localized grinder, slowly bringing the center of rap to his odd, enveloping sound. Of late, he’s become known for “Tuesday,” his severed mannequin head iconography, and his relationship with Lil B — the sun before whom so many of rap’s most interesting young artists exalt. But Makonnen has been releasing EPs and mixtapes for years, pushing the limits of his particular style. At times, he is Ol’ Dirty Bastard reborn, a gurgling joker with a heavy heart.

At others, he is a reluctant dealer, howling over astral keyboards.

Those songs appear on his latest EP, called I Love Makonnen EP, naturally. Makonnen is not a naturally gifted singer or rapper, but he has a hazy charisma, dragging his voice down into breathy moans and up to reach for soaring exhortations of lost love. Makonnen’s a fascinating character, one more notch on rap’s ever-cranking volume of unusual. He’s an open wound and a corner boy, a weirdo lover and a committed pharmacologist. From the same EP comes the yearning “Sarah,”1 produced by two of Atlanta’s rap vanguard, Sonny Digital and Metro Boomin.

These collaborations — somewhat unlikely, given Sonny Digital and Metro Boomin’s recent production for the likes of Beyoncé, B.o.B, and Ludacris — have been a boon for Makonnen, whose early work is similarly strange and enchanting, but far less polished or structured. Makonnen name-checks the Killers, Sigur Rós, and Steven Tyler in interviews, and his early work is as wobbly and free-associative as Lil B. But he is now firmly working in the sound of contemporary rap’s Molly age: laser-show synths, pitch-shifted vocals, the low bass rumble, and the stiff 808 snare. It’s planetarium music. I have a vivid memory of the day Problem’s “My Last Molly Song Ever I Promise” premiered — at the time, I thought, Well, this is the end, a self-regarding acknowledgment of finality. That was nearly two years ago. ILoveMakonnen has not moved on. Nor has Drake, it seems.

Last summer, I wrote about the vampiric tendencies of Jay Z and Kanye West, two creatively aging artists who have managed to integrate the sounds of lesser lights into their vast universes, absorbing their talents and sometimes leaving those collaborators drained of their essence. Drake works in reverse. Which is not to say he doesn’t step outside his producer security blanket, Noah “40” Shebib, to cherry-pick from fawned-over producers like Jamie xx and Hudson Mohawke. But those moves are rare. Drake is far more likely to extend his generosity to the relative unknown, or to the faltering major-label rapper in search of one true hit single. (The only artists Drake has truly struggled to lift have been those in his own OVO stable.) Drake is no philanthropist; he does it to get hot, to stay present, to create the kingmaker aura his predecessors have failed to cultivate. And when he does, he’s magnanimous, adopting the artist’s flow or frame of mind, both fitting in and elevating the native style. Sometimes it becomes “No Lie,” the biggest hit of 2 Chainz’s career. Sometimes it becomes “Versace (Remix),” the song that pushed Atlanta’s Migos on a path to becoming the most popular rap group in the country. And sometimes “Club Going Up on a Tuesday” happens, a song that was until then largely unknown outside of rap fan circles. It often happens without warning, even to the artist.

“I was like, ‘Damn, I didn’t know that Drake was listening.’ Not only did he listen to the song, he listened to me,” Makonnen told MTV shortly after the release of the song.

Here’s a real-time capture of Makonnen learning about the remix of his song. He’s said he had recently eaten mushrooms when it was filmed.

Now Makonnen’s life is different. He has fans at a recent New York show hugging him in the pit as if he were Bono. “I’m excited about Makonnen …” Wiz Khalifa said in this weekend’s New York Times. Mike Will Made It, the producer and impresario who has worked with Miley Cyrus, Rihanna, and Kanye, has been credited as the godfather of Makonnen’s ascendance. (Miley has taken notice of Makonnen, too.) Makonnen will begin work on his first full-length with Mike Will later this year. Makonnen is in that rare moment when everything is perfect and in front of you — where he goes is unclear. As for Drake? He’s likely back on SoundCloud, looking for another beneficiary, another meal ticket. He gets older, but they stay the same age.

Filed Under: Music, ILOVEMAKONNEN, Drake, makonnen, Club Going Up on a Tuesday, mike will made it, metro boomin, Sonny Digital

‘Saturday Night Live’ vs. the World: A Statisticalish Study