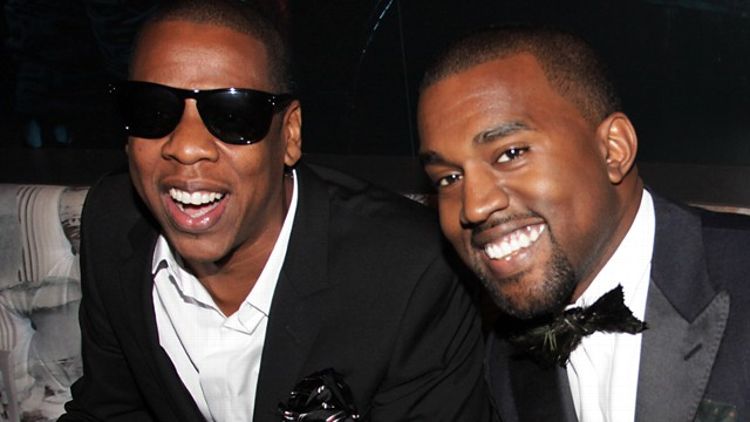 Ebony Oshunrinde’s life is different now. Two months ago, she was a 16-year-old Ontario, Canada, native about to complete 11th grade. Today she has a production credit on a Jay-Z album. Oshunrinde’s is the most humanizing story born of Jay-Z’s new phone-album, Magna Carta … Holy Grail. It’s also a microcosm of contemporary rap superstardom’s machinery.

Her circumstances are extraordinary, but her story is common: After making the acquaintance of the rapper Travi$ Scott, Oshunrinde, who goes by Wondagurl professionally, passed him a beat tape with a heavy reggae influence, citing “Blocka,” his recent song with Pusha T and Popcaan, as an inspiration. This sort of transaction happens all the time. Hustle is the muscle of hip-hop; for strength, lift, flex, repeat. But this connection was particularly serendipitous. Of late, Scott has entered a rarified atmosphere. The 21-year-old Houston MC’s name appears in the liner notes of Kanye West’s Yeezus (he’s signed as a producer to Ye’s G.O.O.D. Music imprint), he released an EP — the spectacularly titled Owl Pharaoh — for T.I.’s Grand Hustle label, and his bombastic sound has subtly infected an older generation of rappers, from Pusha to Kanye to Tip to Jay-Z. (The moody atmosphere of this recent song sure sounds familiar.) After listening to Wondagurl’s tape, Scott passed one of her beats, built around a sample of Sizzla’s “Solid as a Rock,” to Jay during the recording of Magna Carta. Once in hand, the accomplished mixer and producer Mike Dean layered a wobbling synth track on the watery Sizzla sample, Jay-Z recorded his Scott Boras–bashing vocals, and “Crown” was crafted.


Wondagurl and Scott are fascinating supporting characters in the twinned releases of Yeezus and Magna Carta … Holy Grail — both are young, largely unproven, and uncontaminated creatives who have been absorbed by the Throne. Their sounds are still ripe for harvesting and processing. Yeezus was created, somewhat notoriously, in a constabulary style across Paris, England, New York, and Malibu. It features 46 credited songwriters and producers. There are some familiar names found in those credits, among them old compatriots like Malik Yusef, Fonzworth Bentley, and CyHi the Prynce, and seasoned producers Carlos Broady, No ID, Daft Punk, and that much-bandied about sage, Rick Rubin. These names are respected and established (well, maybe not CyHi), but they’re hardly the vanguard.

There are others, though, mostly young artists like Scott, who inform the abrasive, thrashing vibe of Yeezus. Though West is considered auteurist — songwriter-producer-rapper-singer-designer-director-aesthete par excellence — he has become an artist who increasingly depends on voices in the room (or the studio) for his art. This isn’t a new development, necessarily. In the past, Kanye has signed or absorbed ascendant talent and blended it into his sound. Kid Cudi’s melancholy warbling? He snatched that. Big Sean’s signifier-object rhyming pattern? He’s used it. Bon Iver’s unintelligible cries into the night? He’s moaned beside ’em. But Yeezus is something different; an acknowledgment that the world is bigger than he is. He needs new voices, new sounds, new blood to survive. Among the producers on the fringe that West siphoned the life force from sampled or collaborated with for Yeezus are the British DJ and tastemaker Benji B, Scottish hyper-dub producer Hudson Mohawke, the soul-rap producer Symbolyc One, ambient boom-bap creator Evian Christ, French techno DJ Gesaffelstein, and Venezuelan R&B wizard Arca. Most fans don’t know who these people are. West is banking on this; it’s music you haven’t heard and may not understand, transmogrified by his sensibility. Popular art is the idea. For all the handwringing about Yeezus’s singles-free commercial defiance, Yeezus is unquestionably big and enthralling. Whether you like it is less important than whether you hear it. In trailers, on SNL, on a brick wall.

Jay-Z’s method is the same, but his goals differ. Magna Carta … Holy Grail is pop meant to be purchased. The whole affair is transactional. And the music is meant to be commercial. So on MCHG, stalwarts abound. Timbaland, Pharrell, and Swizz Beatz combine to handle the bulk of MCHG’s production. No ID is present, too, as is the sage Dean. In some cases these men are used like veteran closers in a deep bullpen of young arms. They lock up the save after the Wondagurls of the world carry Jay through the slog of the middle innings. (You may notice the presence of longtime, little-heralded Timbaland protégé J-Roc in the liners. His name appears alongside nine songs.) Kanye West utilizes young talent the way Andy Warhol once did, as playthings and objects that amplify his vision. (Think of King L as Viva.) Jay-Z is more like ’70s Robert Evans, a big shot positioning Coppolas and Polanskis and Ashbys like battalions in his budding empire. But produce enough Godfathers and you may soon end up with The Cotton Club. West uses Frank Ocean’s voice like a gentle undertow on the stormy “New Slaves”; Jay-Z features Frank Ocean on a song that is actually called “Oceans.” West is credited as a coproducer on every song on Yeezus, but only “Bound 2” bears the residue of past work. Magna Carta feels like many of its author’s less successful works; a hodgepodge of obvious, synergized cameos (Rick Ross, Justin Timberlake, Ocean, his wife) and a familiar but distant sound. The Timbaland song. The Pharrell song. The song with the Basquiat references. Art for venture’s sake. Kanye wants to make money, too, of course. But he typically ends up spending it on more of his own art.

Ah, art. Yesterday, Jay-Z went vampiric again, this time during his six-hour performance of “Picasso Baby” in New York’s Pace Gallery. The move was a hugely successful viral event; Vine was aflame with six-second bursts of Marina Abramovic and Adam Driver and Hov simply being in a space. The video installation and performance artist Sanford Biggers can be spotted sitting on a bench in this clip of Jay rapping while a woman in a cast scooters around the gallery. What does this mean? I don’t know, probably nothing. Jay-Z means to communicate that he is very serious about the art world. And so yesterday afternoon certifies that Jay-Z is part of something; that something is probably just a stunt wherein the art world is as cowed by Jay’s cool as the rest of us. Jay-Z just found more new blood at the Pace.

Last week, Hudson Mohawke, who co-produced Yeezus’s “I Am a God” and “Blood on the Leaves,” took to Twitter to complain about Magna Carta. It was one part sour grapes for having been passed over and one part stunningly honest refutation of the album’s unadventurous sound (posed against Yeezus). His chirping was met with an ugly, glad-handing response from Dean, who praised his own coproduction, “Crown,” as a “GOAT track” and implored the young producer not to spoil his chance to work on the as-yet-unannounced Watch the Throne 2. This was a small moment on social media amid a fury of opinions. But it’s telling. Magna Carta is a financial cow with many calves to feed. Some of these collaborators are as hungry for the blood as Jay-Z. But not all of them.

Oshunrinde has said in interviews that Timbaland inspired her and that her foray into production is essentially an effort to impress her heroes and build a career for herself. I suspect it’s worked so far. Someone’s calling her right now. Still, as heartrending as her story is, I wouldn’t be surprised if we never heard from Wondagurl again. Not because she’s untalented or just got lucky or anything more nefarious than that. It’s just that Jay-Z has done this before. What happened to the Buchanans, the team behind “What More Can I Say”? Or Jimi Kendrix? Or Charlemagne? Not even legends are immune to his cold shoulder. Superfans have long begged Jay to reunite with DJ Premier, the man behind “D’evils” and “Bring It On”; sessions have occurred over the years, but no new material has been released. I still wonder about Aqua, a credited coproducer of “My 1st Song,” my favorite Jay-Z song ever. It’s the song that closed The Black Album and could have marked the end of his rap career 10 years ago this fall. Aqua hasn’t placed a song on a prominent album in years. But one-timers come and go. Jay-Z lives forever.