With Spy Comedy, Paul Feig and Melissa McCarthy Go for the Threepeat 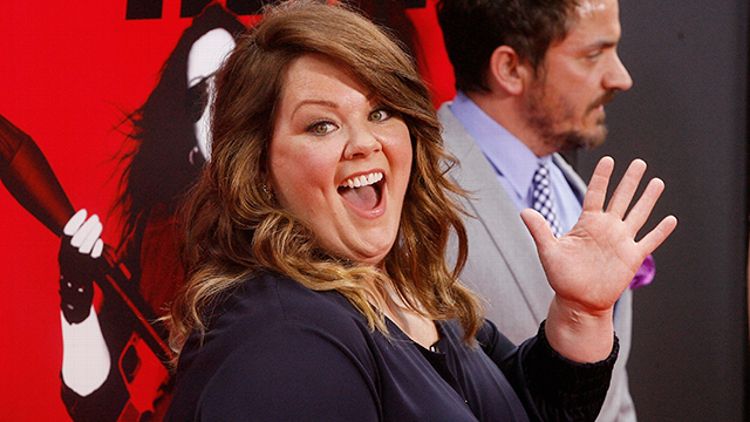 Paul Feig, who has now worked with Melissa McCarthy on Bridesmaids and The Heat, fondly remembers the first time he was introduced to his leading lady. As he told Grantland in June, “I’d never heard of her until we were wrapping up casting for Bridesmaids, which is weird since I pride myself on being up on all the comedy. Kristen [Wiig] and Annie Mumolo, who wrote the movie, turned me on to her after we’d been through hundreds of actresses. Some of them were funny, but it didn’t feel like a home run until she came in. … [McCarthy, John Belushi, and Chris Farley] are all like sumo wrestlers, in a way. They really train for physical comedy, and they share the same fearlessness and dedication to doing whatever it takes. Melissa is a superstar.” And now, with spy comedy Susan Cooper, Feig and the superstar might be gearing up for a third go-round.

As The Wrap reports, “Susan Cooper, which is being developed as a potential franchise in the same tone as The Heat, will be a realistic comedy about a female James Bond–type. McCarthy has an offer and her team is now negotiating her deal, which is subject to scheduling issues with her CBS series Mike & Molly. … The idea for Susan Cooper was inspired by the reintroduction of James Bond in 2006’s Casino Royale, which ranks among Feig’s favorite recent movies.”

This is great news. With The Heat, McCarthy has just proven herself as a bankable box office star again; now a major studio’s willing to hand her the keys to a spy franchise. And Feig continues on his one-man quest to create more opportunities for women in Hollywood! Well, I guess, more specifically: more opportunities for women in Hollywood that are then snatched up by McCarthy. But, hey, eventually, one day, Feig might cast a non–Melissa McCarthy person! For now, though, let’s just focus on the fact that, sooner rather than later, McCarthy will be getting her Ethan Hunt on.

Claws and All: Hugh Jackman Gets Ripped for The Wolverine and Cate Blanchett Outdoes Herself for Woody Allen