The Spy Who LOL’d Me: The Enduring Appeal of Espionage Parody Movies 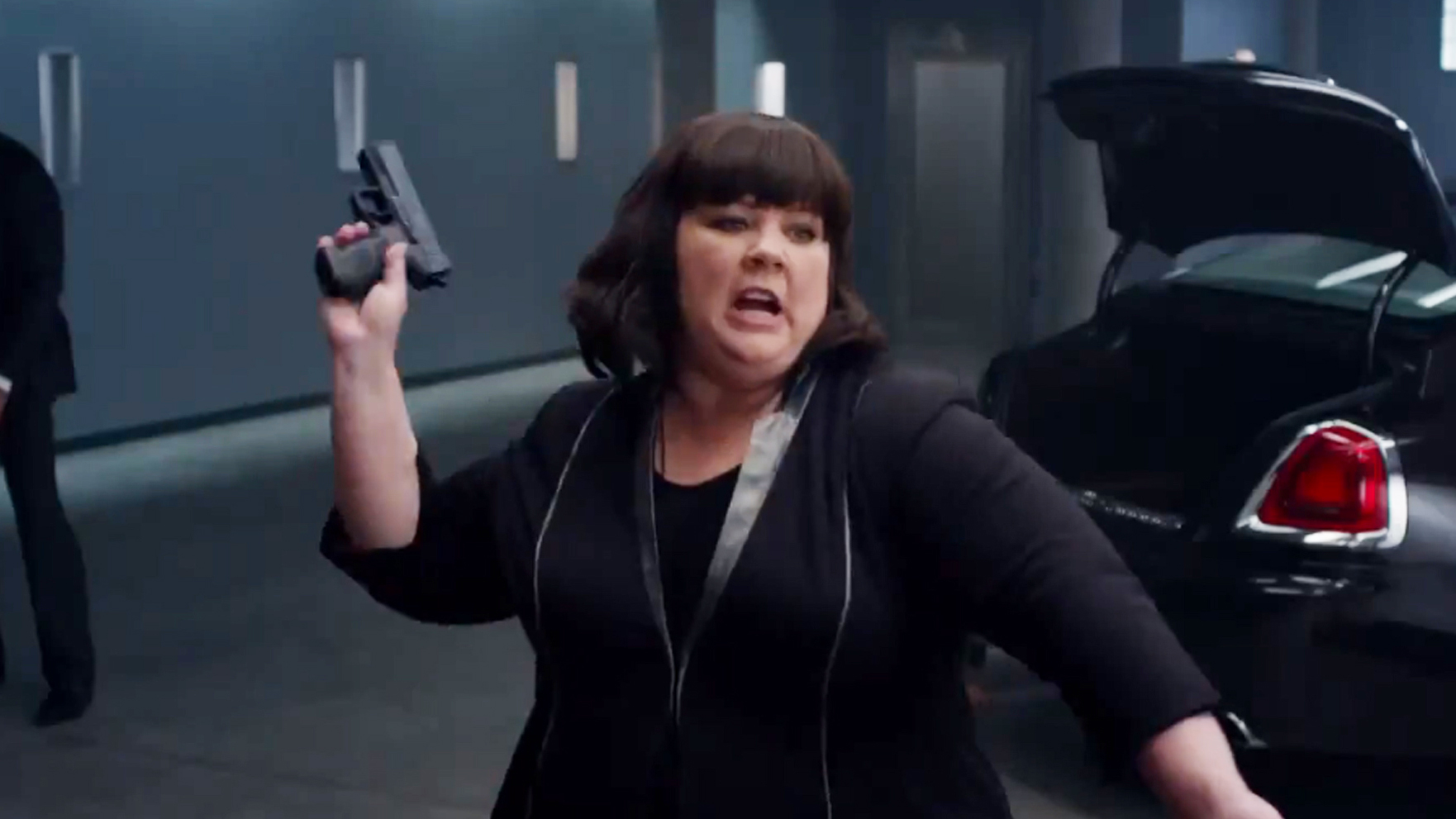 This weekend’s Spy, the third collaboration between director Paul Feig and actor Melissa McCarthy, is part of a long and rich cinematic tradition. The movie is so un-shy about announcing this fact that the filmmakers put the tradition in its name. Spy is a spy movie. More specifically, it’s a spy spoof, a genre that’s run parallel to the James Bond films and John le Carrè adaptations, the straight-faced tales of espionage and Cold War–era spooking that have been dropping consistently in our multiplexes for going on seven decades now. (1949’s The Third Man: definitely a spy film.) But that makes sense: Spy stories are rich ground for intrigue, sexuality, misdirection, and conflict. They’re also incredibly ripe for parody.

One of the first prominent spy parodies is also, oddly, a part of the genre’s greatest totem. Before any of the James Bond films were made, Charles K. Feldman had acquired the rights to the first Ian Fleming Bond novel, Casino Royale, and tried to make it with Eon Productions, the group that would subsequently produce all but one of the canon Bond movies. When Feldman failed to reach an agreement with Eon, he went ahead and made Casino Royale anyway, with David Niven in the role of 007 and legendary comic actor Peter Sellers and former Dr. No bombshell Ursula Andress in supporting parts. Rather than a traditional Bond movie, Casino Royale was a goof: This paragraph from the Wikipedia plot summary pretty much covers it.

Bond is promoted to the head of MI6. He learns that many British agents around the world have been eliminated by enemy spies because of their inability to resist sex. Bond is also told that the ‘sex maniac’ who was given the name of ‘James Bond’ when the original Bond retired has gone to work in television. He then orders that all remaining MI6 agents will be named “James Bond 007”, to confuse SMERSH. He also creates a rigorous programme to train male agents to ignore the charms of women. Moneypenny recruits “Coop”, a karate expert who begins training to resist seductive women: he also meets an exotic agent known as the Detainer.

OK! The weirdest part of all this is that, because the movie was still loosely based on the novel, parts of it — Le Chiffre, Vesper Lynd, the casino itself — were reappropriated for the deadly serious 2006 version of the film, starring Daniel Craig. (Shockingly, the part when a giant flying saucer kidnaps Bond’s daughter, not to mention the evil plot to kill all men taller than 4-foot-6, did not get carried over.)

Casino Royale came out in 1967, a year after Woody Allen “made” the bizarre What’s Up, Tiger Lily?, in which he redubbed a Japanese spy movie and inserted himself into the project as the “author” of the “definitive spy picture.” The whole thing’s on YouTube; have fun for the next 80 minutes.

By the time these two films came out, there had already been a raft of bad parodies, both British and European, that attempted to capitalize on Bond. In the mid-’80s came another wave, with Chevy Chase and Dan Aykroyd making Spies Like Us under John Landis, and Val Kilmer doing Top Secret! with Zucker, Abrahams, and Zucker, followed by ZAZ regular Leslie Nielsen’s Spy Hard in 1996.

By this point, though, spy parodies had expanded beyond Bond as source material: Spies Like Us draws from Bob Hope and Bing Crosby’s Road to … movies; Top Secret! takes on World War II instead of the Cold War; and Spy Hard … well, it’s called Spy Hard, so just guess. Spy parodies arguably peaked in the late ’90s, when Austin Powers became a phenomenon, but they’ve continued to get made, with varying levels of quality: Undercover Brother, I Spy, Johnny English, Get Smart, Spy Kids, etc. The list goes on. You do not want me to name all of them; I do not want to name all of them.

Spy parodies are appealing for the same reason spy movies are appealing: They’re easy. By easy, I don’t mean they’re easy to make, or make well; in fact, that can be quite difficult, requiring a filmmaker to tell a story that’s at once sexy, thrilling, intelligent, and complicated. The best examples of the authentic genre — movies from the Bourne and Mission: Impossible series, high-end Bond, and le Carrè adaptations like Tinker Tailor Soldier Spy — tend to work in a consistent tone across a wildly demanding system of plot twists and character work. In a good spy film, the spies must be charismatic enough to host a Vegas show, or so vulnerable and flawed that they break like glass. It helps if they can do both. The narrative must be complicated enough to hold the viewer’s interest but not so complex that it’s impossible to parse. Go that route, as the recent version of Tinker Tailor Soldier Spy did, and prepare for audiences to complain that they have no idea what’s going on.

Herein lies the chance for parody. That need for a comprehensible story means that these movies will often contort themselves into knots by the end, engaging in a series of improbable revelations, grandstanding by the villains, and a million other tropes that you have to rely on when unraveling villainous plans to destroy the world. This is the stuff of satire, a familiar jumping-off point prime for mockery. A villain lectures a hero and we know that it’s absurd — a piece of cinematic simplification that needs skewering. A spy does sex in the most ridiculous possible situation and we get it, we’re in on that joke.

Maybe it’s the obviousness of these tropes that makes it so hard to produce a good parody. For half a century, we’ve been laughing at the same punch lines over and over: an unqualified buffoon becomes a spy; an over-the-top lunatic wants to blow up the world; governments and intelligence agencies are all run by idiots. In a world in which these concepts aren’t even necessarily fiction, the spy parody becomes a lot less interesting; it feels like a throwback to a time when the specter of the Cold War was thick and pitch-black. Perhaps that’s why this year’s Kingsman: The Secret Service did so well: Instead of a spoof in which everyone’s an idiot, it’s a version in which everyone’s a superhero. It’s going in the opposite direction.

It also helps show why, when a spy parody is good, it’s really good. The comedy is undeniably there, and when a filmmaker like Mike Myers, at the height of his, um, powers, takes all of these tropes and hyperextends them, it’s like someone spun around a cube you’d only ever looked at from one side. Or, as in the Coen brothers’ Burn After Reading, those tropes are left behind, with comedy of a different flavor piped in. Like the seminal board game Othello, the spy parody is easy to learn but takes a lifetime to master. Also like Othello, it can be very black-and-white, and not really fun at all.

‘Hannibal’ Returns Tonight. Enjoy This Mini Coloring Book About Your Favorite TV Cannibal and All of His Fun Friends.