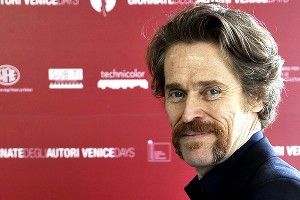 The cast for Nymphomaniac, Lars Von Trier’s erotic epic that may or may not feature Shia LaBeouf having real sex, keeps on growing. Joining Shia: Charlotte Gainsbourg, Stellan Skarsgard, Christian Slater, Jamie Bell, the recently announced Uma Thurman, and, now, as THR reports, Willem Dafoe. That means Nymphomaniac will reunite Gainsbourg and Dafoe, who starred in Von Trier’s 2009 flick Antichrist as a parent grieving after the loss of his young child. That movie ending up being best known in some circles not so much for its artful lighting techniques as it was for its, well, manifold depictions of genitalia destruction? Without giving too much away, here’s a crucial sentence from the Antichrist Wikipedia entry, describing a little tussle between Charlotte and Willem’s characters: “She disrobes, mounts him, and then unexpectedly crushes his testicles with a block of wood.”

The point: Dafoe’s been through the Lars Von Trier ringer in a most extreme fashion — and he’s coming back for more! I have no actual knowledge of the proceedings, but I’m gonna go ahead and assume Dafoe’s acting as Shia’s personal LVT mentor. LaBeouf has said he’s scared of Von Trier. He probably needs a pep talk every once in a while? “Look, kid, I know you’re tired, and frightened, and totally weirded out. He wants you to get naked and pretend like you’re being chased through the back alleys of Cologne by a drunk ghost. I get it; that’s very odd. But the last time I worked with Lars he had my balls gets smashed by a block of wood. And look at me! I signed up for his new movie, and it’s called Nymphomaniac!” That kind of thing.