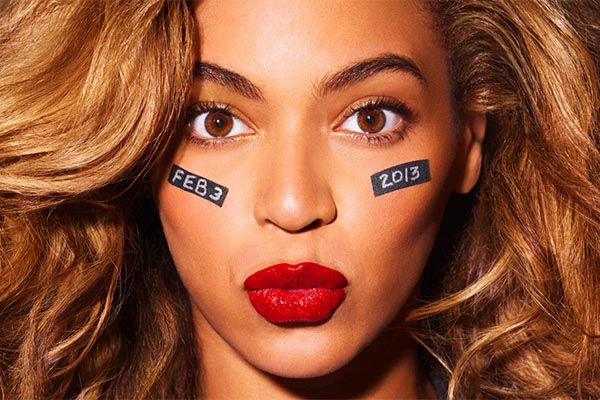 Early last year, while speaking with Piers Morgan, Beyoncé explained that “I always said I’d have a baby at 30. I’m 29 … I feel like 30 is the ideal age, because you’re mature enough to know who you are and have your boundaries and your standards and not be afraid or too polite, but young enough to be a young woman. I’m so looking forward to it.” Fast-forward to January of 2012 and, boom, Beyoncé — at the aforementioned age of 30 — makes a baby.

The point being? Never doubt Beyoncé’s master plan; she’s been completely in control of every element of her career, up to and throughout child-rearing. And now that Blue Ivy’s old enough to get bedazzled, it’s time to initiate Beyoncé’s Return. She’s slow-rolled us so far, showing up as a side option to her dude at Barclays, doing some house cleaning by quitting long-gestating movie projects from people who talk to chairs. But now comes a big move: booking the Super Bowl. As the AP reports, while the official confirmation won’t come until Wednesday, Beyoncé is basically confirmed as this year’s halftime spectacular.

The Super Bowl halftime show is the kind of thing around which you can build announcements of new albums and world tours and, I don’t know, the inauguration of Beyonce Knowles Zeppelin Vacations Inc. So feel free to expect more. And feel free to get psyched for what’s next. And feel free to continue respecting the coldblooded machinations of a woman completely in control of her shit.