What Other Cool Stuff Can We Extort From an Increasingly Desperate Jay Z in Exchange for a Tidal Subscription? 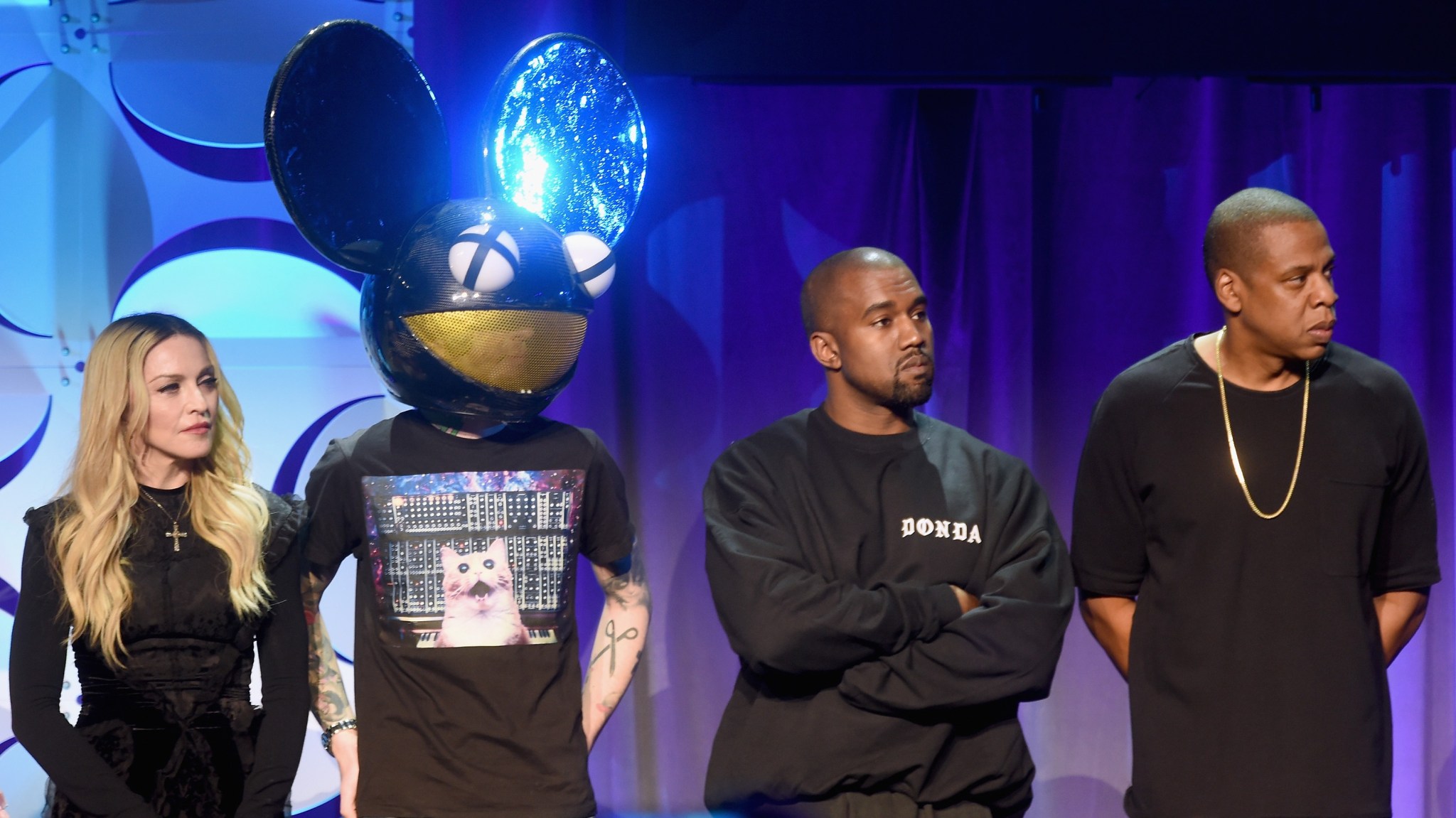 To say Jay Z is increasingly desperate over the labored launch of Tidal isn’t quite right. For all the stilted grandiosity of its optics (that goddamn press conference) and mission statement (to REVOLUTIONIZE, uh, streaming music!!!), Tidal doesn’t matter to the man’s legacy. Sure, it’d be nice, as he rolls into the second half of his century on earth, to have a legitimate self-created enterprise to lord over. But if Tidal does end up failing outright, we’ll remember it for as long as it takes to get these jokes off. Worst-case scenario, it’s his new-age “Hawaiian Sophie.”

But to say Jay Z is currently desperate over the labored launch of Tidal is right. For the time being, he’s gonna give it a shot. That’s why we’ve been getting aggrieved, unintentionally amusing Twitter outrage from S. Carter. And that’s why we’re getting more and more Tidal incentives.

The giveaways started off pretty atrociously. Yes, your daughter is adorable; no, we don’t care about a cobbled-together video for a three-year old song about her. Also, a phone call?! For chrissakes, these people are millennials — they don’t even know a phone can be used as a phone. Which brings us to Wednesday’s announcement and the latest attempt: If you sign up for Tidal and make a playlist with the appropriate hashtag, you might win tickets to a secret, tiny New York City show — during which Jay will play a bunch of B-sides and random jams he hasn’t played in forever. OK, well now you’re talking!

Enough to sign up for Tidal? No, no, of course not. But this does lead to the question, What would be enough to make you sign up for Tidal? Not so long ago, we here at Grantland asked a similar question, vis-à-vis Tidal’s price point. Now, one wonders: If Tidal keeps on sinking, what kind of stuff might we get out of Jay Z next?

We’ve already gone from “annoying phone call” to “intimate deep-cut NYC show.” Can we, like, get a visit to the Tribeca loft next? And Beyoncé has to be home, with freshly baked cookies shaped like the Roc-A-Fella diamond? How about a guided tour of the old spots: Marcy, 560 State Street, the exact conference room where Shawn dissolved the contract and broke Dame Dash’s heart? Or, like, maybe we pull together all the famous people from said infamous press conference, but instead of awkwardly co-opting populism and/or socialism, we play pickup basketball? Jay, Nicki, Rihanna, and ’Ye run with the #TidalWinner. Madonna, Chris Martin, Calvin Harris, and Daft Punk have to play as the Monstars. And just to make him mad, we don’t let Win Butler play.

Speaking for me, personally — did you notice that “Hawaiian Sophie” isn’t on YouTube? All we have is that grainy Dailymotion clip? Give me an HD “Hawaiian Sophie,” plus corresponding 10,000-word “Hawaiian Sophie” oral history, plus live re-creation of “Hawaiian Sophie” costarring Sophie Okonedo, Sophie B. Hawkins, and Sofia Coppola (we ran out of famous Sophies! There are not many famous people named “Sophie”!), and guess what? I’m seriously considering siging up for Tidal!

YO, WHY IS LORDE HOLDING TAYLOR SWIFT’S FOOT LIKE A HANDMAIDEN?

Nerd Plus Ultron: There Has to Be More to 'Avengers: Age of Ultron' Than Printing More Money