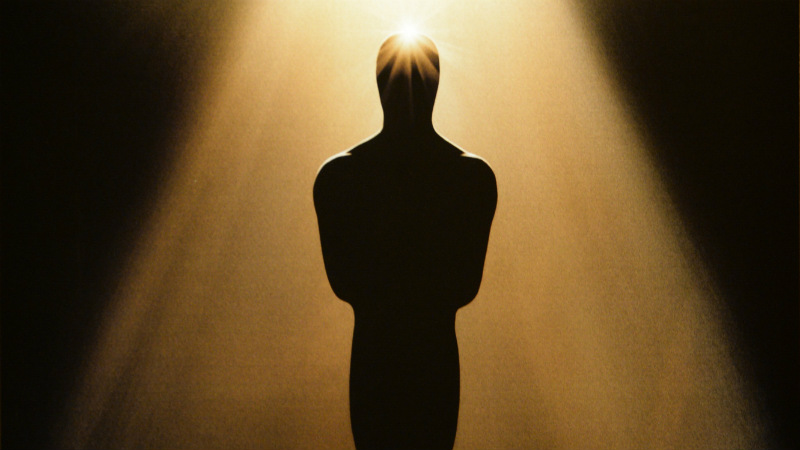 Just when you thought the world was safe for smoke-filled back rooms and clubby chumminess, the Academy of Motion Picture Arts and Sciences decides it has to get all ethical. On Tuesday, the Academy officially rescinded the way-out-of–left field Best Song nomination for “Alone Yet Not Alone” from Alone Yet Not Alone, an indie faith-based film about the French and Indian War that no one outside a sound mixers’ Bible study group/Proclamation of 1763 aficionados had heard of until two weeks ago. When the nomination was announced, the unholy army of publicists and executives for whom the Oscars are an annual swag-filled Rapture apparently all hissed in violent unison as if they’d just been doused with holy water.

Still, everyone just kind of assumed the stodgy, quirky Academy was having a senior moment. No one thought it would actually do anything about it. Yet, as if to cover its embarrassing slip with extra crotchetiness, the Academy won’t even elevate another nominee to the fifth slot: The official ballot will include only “Happy” (Despicable Me), “Let It Go” (Frozen), “The Moon Song” (Her), and “Ordinary Love” (Mandela: Long Walk to Freedom). Which means whoever hired a private detective to investigate Alone Yet Not Alone’s eligibility when the nomination was announced won’t get their overlooked song nominated and must be content with schadenfreude alone. (Yes, some anonymous party actually did this; no, this is not the worst thing ever done in an Oscar campaign.)

Of course, all of Hollywood anxiously remembers Hurt Locker producer Nicolas Chartier getting his Oscar tickets revoked for emailing Academy members to solicit votes. But to emphasize how drastic a step the Academy has taken, Entertainment Weekly and Scott Feinberg at The Hollywood Reporter dug up tiny lists of vaguely similar incidents. In the 1931 Oscars, a short by RKO was disqualified and replaced by another RKO short, and in 1942, Dive Bomber replaced The Sea Wolf. No one remembers why (or cared, really, until now). Hondo’s 1953 best writing nomination was yanked after it was determined not to be an original work. More famously, Nino Rota’s iconic score for The Godfather had its nomination nixed because it featured some music he’d written earlier for Fortunella. The documentary Young Americans actually had its 1968 Oscar win snatched away when it was discovered the film had been released in 1967. And as recently as 2011, the live-action short Tuba Atlantic had its nomination rescinded months after it lost anyway when it was discovered it had aired on Norwegian TV in 2010, thus making it ineligible. Which raises the question, what short-film watchdog had the proper combination of free time, enmity, and fluency in Norwegian to sniff that little peccadillo out?

What rule did Alone Yet Not Alone violate? Well, technically none: Everyone from short filmmakers to Harvey Weinstein knows that meeting the Academy’s requirements often requires little more than a willing New York or Los Angeles theater owner and enough cash for ads. The offender in this case turned out to be the song’s writer, Bruce Broughton, an ex-governor of the Academy and current member of the music branch’s executive committee. He dared to email his fellow music branch members to ask for their consideration — since he was an ex-governor/current executive and the branch has only 240 members, that was enough to tip the scales in his favor and created, per Academy president Cheryl Boone Isaacs, “the appearance of an unfair advantage.” Now, what separates this unfair advantage from the unfair advantage of extensive and expensive sub rosa campaigning waged by/among/on behalf of Academy members every year? Probably that it worked. Not unlike the NSA legally justfiying its extracurricular activities, the Academy invoked broad and vaguely worded powers to “take any corrective actions or assess any penalties that in its discretion it deems necessary to protect the reputation and integrity of the awards process.” Translation: “Don’t embarrass us; we’re the Academy Awards, not the Golden Globes.”

Or think about it another way. Say you’re a ratings-obsessed Oscars show producer and you know that, unlike the Grammys — which all but relegate the actual awards to a Twitter feed — your only reprieve between sanitized monologues and long acceptance speeches is the live performance of the nominated songs. Then you’re told one of them has to be this song — what would you do? Of course, the Academy really only has itself to blame: According to its funky rules and guidelines, the most memorable song from Inside Llewyn Davis wasn’t even eligible.

The 'Revolution' One-Image Recap: Every Roach Has Its Thorn