Why Aren’t There More Female Writers in TV? 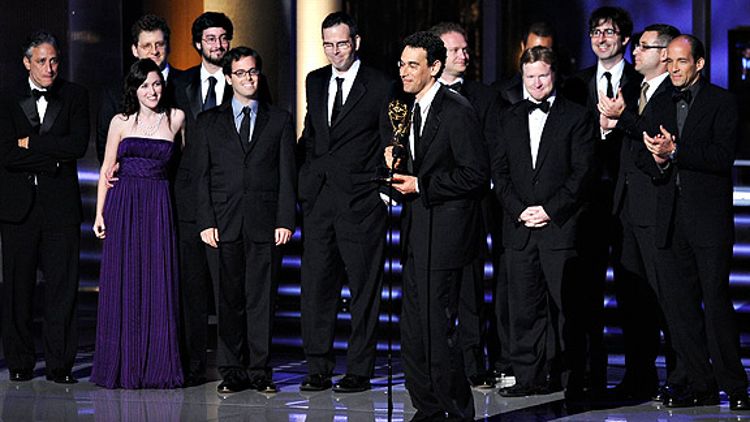 Why are television writers’ room still so predominantly male? This is the question Maureen Ryan attempted to answer in a column last week after a study revealed that number of females employed on broadcast TV shows dropped from 35 percent in 2006-07 to 15 percent this past year. Moreover the pay gap between women and white men had only expanded further. Ryan interviewed veteran TV writers, some of whom seemed baffled, while others were unsurprised. They had a lot of different theories.

Long story short: stereotyping. With some of “men are just better at X” and “TV advertising is geared to white guys, so who better to write shows than white guys?” This was Kurt Sutter’s excuse, which pissed me off because he is married to Peggy Bundy! I expected better of you, Mr. Peggy Bundy. And I like Sons Of Anarchy, and have considered writing a spec of it because I like it so much and what if I said that his female characters were unbelievable because a man wrote them? I would never say that, because it’s bullshit. Most people can’t write realistic characters of either gender. Any person who understands people can write the other gender. It’s not like you don’t spend your whole life observing them and thinking about them.

Women’s motivations are so fundamentally not different from men’s: sex, love, sandwiches, fulfilling employment. Individual people act differently from one another. David Chase and Matt Weiner write great female characters, and so does Kurt fucking Sutter! Tina Fey’s characters are hyper-buffoonish, male and female. Jenna Maroney and Jack Donaghy are both incredibly accurate caricatures of specific types of people that you encounter enough to consider them types. And while Tina may have known a lot of Jenna Maroneys in her career, I’m sure she has dealt with an equal number of Jack Donaghys. She renders Jack empathetically, and often gives him Mamet-style monologues that reveal her Chicago theater roots.

Anecdotally, I know a lot of female writers in TV and film, and the reality is that they are still knocking at the gate most of the time. Talent is not valued nearly as much as connections, which is how shows like Entourage get put on the air. For women trying to break in, it’s important to network with other women in the industry and to find supportive mentors. They don’t need to be female, just supportive.

Television could be a lot better. Aaron Sorkin, whose TV shows aim for this better quality of TV world, unfortunately represents the face of most TV writers. White, male, disproportionately Jewish. With the increased visibility of female TV writers and showrunners like Mindy Kaling and Tina Fey, the number of women interested in writing for TV is only going to increase. The industry needs to change to reflect the diversity of reality, rather than perpetuate its own standards.