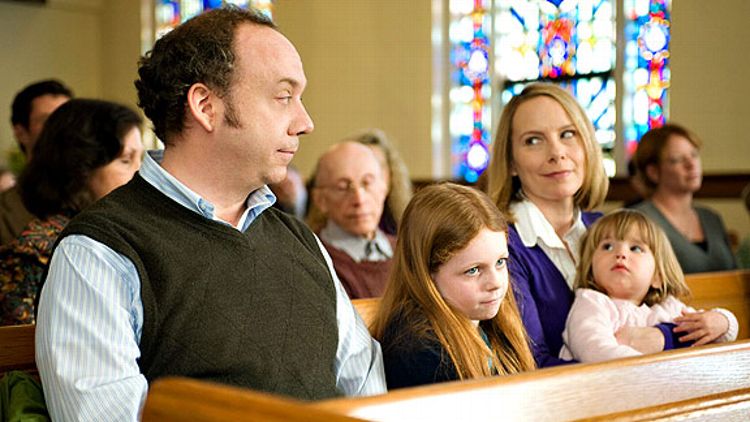 Last week, while seeking evidence of how quickly Academy Awards campaign rhetoric can hit bottom, I came across the following Huffington Post headline. I know it’s still early, but we may have already found, in five words, the perfect storm of hysteria, prematurity, and inaccuracy. Here’s the headline:

Let me offer a word-by-word translation, since unless you are dangerously fluent in awards hyperbole, this announcement should be completely incomprehensible to you. “Madonna” is Madonna. She has made — meaning directed, but not starred in — a movie called W.E. “W” stands for Wallis Simpson; “E” stands for King Edward VIII, so in historical terms, this is a movie about the romance that caused the British abdication crisis in 1936; in movie terms, this is a spinoff of The King’s Speech that’s all about Colin Firth’s sneering Nazi-symp asshole brother, except now he’s a good guy. Even though Madonna has enough psychic power to have successfully mind-wiped the world’s population 10 years ago into believing that she is the descendant of a lovely old-money family from Sussex instead of a crabby Italian lady from Michigan, this particular piece of image alteration may be too tall an order.

Anyway, Madonna made a movie, which brings us to the second, and fairly unsurprising word, “Bombs.” This is not, strictly speaking, accurate, because the movie hasn’t opened. By “bombs,” the headline writer means that it played at this month’s Venice Film Festival, and while some reviewers thought it was okay, several did not. One major critic who disliked it was even American, which still does not justify the word “bombs,” but does at least inch us one very small step closer to the awards process. Let’s move on to “Oscar hopes,” which is a truly breathtaking notion, but okay, for argument’s sake, I’ll grant that that somebody, somewhere — namely, Harvey Weinstein, who owns American distribution rights to the movie — may have once believed that W.E. was likely to add impressively to Madonna’s previous tally of zero Oscar nominations, a total she achieved in categories ranging from Best Actress to Best Supporting Actress to Best Original Song. And then there’s that last, plaintive query, “Dead?” — a bleat of quavering fear that all dreams of glory at the Kodak Theatre are now dashed.

So, to recap: A movie that not a single American, or Academy voter, has yet paid to see, by a filmmaker with no previous Oscar track record, has had its fictional Oscar chances fictionally shattered by its poor-ish reception at a festival that has no history of making an iota of difference at the Academy Awards.

This is an extreme, but not uncharacteristic, example of the loony way in which September festival “buzz” has become part of the Oscar conversation. The season began this year with Venice on August 31, proceeded through the Telluride Film Festival, a Labor Day-weekend event in Colorado, is now continuing at the massive Toronto Film Festival, at which close to 300 movies are being unveiled, and concludes in early October with the New York Film Festival, which usually offers a couple of premieres amid a mix of movies that have already been seen at other festivals as far back as Sundance and Cannes.

If you’re like most moviegoers, or most Academy voters, you don’t attend any of these festivals. So “buzz” is really code for a two-way conversation conducted between a handful of awards handicappers eager to anoint or dismiss potential contenders, and a handful of studio publicists and independent firms who are listening for the dog-whistle frequency that tells them that somebody thinks their movie might be in the running.

I don’t have a lot of sympathy for the now-annual whining that all this Oscar talk defiles the sacred purpose of film festivals, which usually just means that a small group of people who used to own the film-festival conversation is irritated that a different small group of people now owns a different segment of that conversation. But, as an Oscar purist who believes that the fascination of the awards is that they represent an interesting frozen-in-time portrait of what the film industry thinks is its best work, I’m not crazy about the fact that the early chatter is dominated by a kind of self-fueled back-and-forth between the media herd (and I write that from within it) and the people who decide how the money on all those “For Your Consideration” pop-up ads should be spent, before any actual voters, let alone civilians, even see the movies.

So I’m happy to report that so far, this year’s festival lineup has changed absolutely nothing about the Oscar season, which is as it should be. A whole bunch of movies that people were excited about — Alexander Payne’s comedy-drama The Descendants, David Cronenberg’s period piece A Dangerous Method, George Clooney’s The Ides of March, and remakes of Tinker, Tailor, Soldier, Spy and Wuthering Heights among them — have been received warmly enough so that anticipation for their eventual releases remains high. Which is great, because I’m pretty much rooting for all of these movies to be good enough to talk about as possible Oscar contenders when they actually open. But until then, I will root hard against any movie being proclaimed either dead or unstoppable months before its release.

Meanwhile, let’s get back to movies that are already out — and in particular, to the race for Best Actor. Last year, the most impressive underdog campaign of the whole Oscar race was waged by Sony Pictures Classics on behalf of a sixtysomething actress named Jacki Weaver who played a manipulative crime-family matriarch in the dark Australian drama Animal Kingdom. Sony managed to get a well-deserved Best Supporting Actress nomination for Weaver, despite the fact that she was a virtual unknown and that the movie, even up to Oscar night, remained by far the lowest-grossing film to obtain a major nomination last year (total U.S. take: $1 million, which sounds like a lot only if you are Dr. Evil). Sony sent out a DVD very early, mounting what I call a Save a Seat campaign, meaning, they didn’t really expect Weaver to win (and she didn’t), but they wanted to secure the fourth or fifth Best Supporting Actress slot for her — the one that goes to a quirky, small, unheralded performance on pure merit—before the main contenders were even lined up. It worked. And as a result, Oscar voters may get a lot more early DVDs of small movies this year.[1]

Right now, the category most ripe for a Save a Seat campaign is Best Actor, which is usually filled with big-name heavyweights, none of whom have shown up in actual movies yet. Until they do, we may see an unusually spirited fight for what could end up, effectively, as slots No. 4 and 5 — and here are the four actors who could most benefit from an early tactical push.

Paul Giamatti, Win Win
Like Plummer, Giamatti is a well-respected actor whose nomination total should be higher than one (for Cinderella Man). As the flawed but decent wrestling coach and small-town lawyer in Tom McCarthy’s excellent Win Win, he makes the most of a too-rare chance to play an ordinary-guy leading role. The part might not be flashy, but neither was Richard Jenkins’ nominated role in McCarthy’s The Visitor. Sometimes the actors’ branch just appreciates the opportunity to watch a hard-working pro get a chance to do his thing impeccably.

Demián Bichir, A Better Life
This drama about an illegal immigrant working as a gardener in L.A. came and went fast, and Bichir probably isn’t a name you recognize unless you’re a Weeds fan. But the topic is timely (and may be especially resonant for the Academy’s immense West Coast votership), reviews for Bichir were particularly strong, and Summit Entertainment has shrewdly gotten the DVD into voters’ hands early. This is a long shot (and will require a long campaign and some luck), but Summit is not to be underestimated; the last time they put real muscle behind a film, it was The Hurt Locker.

Brendan Gleeson, The Guard
This Irish comedy is probably too lightweight for an intense Oscar push, but the movie has done nice art-house business, and Gleeson is one of those ubiquitous and familiar actors (he’s Mad-Eye Moody in the Harry Potter movies) who’s due for recognition; if the field remains thin, a little effort might pay off.

Dominic Cooper, The Devil’s Double
Here’s a case where what looked like a very Oscar-friendly performance at the Sundance Film Festival in January has been undermined by wobbly reviews for the movie itself and an unexpectedly weak box-office showing. Cooper’s dual role as Uday Hussein, Saddam’s psychotic lout of a son, and Latif Yahia, the low-key lookalike assigned to be his double (translation: to take any bullets meant for him) is even showier if you consider that Cooper playing Latif impersonating Uday makes it a kind of triple role. Getting the DVD out now would help, as would a Gabourey Sidibe-style visibility campaign to help voters realize what a transformative performance the guy from Mamma Mia! and The History Boys is giving.