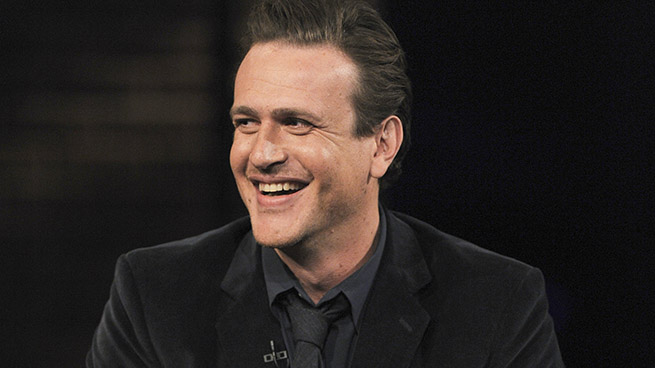 You may have strong feels about Jason Segel playing David Foster Wallace in The End of the Tour, a film adaptation of journalist David Lipsky’s Although of Course You End Up Becoming Yourself: A Road Trip With David Foster Wallace. (Especially since that on-set photo of Segel and Jesse Eisenberg showed up.) Well, DFW’s family, estate, and publisher (Little, Brown) have feelings, too. Bad ones! The estate released an estate-ment on Monday clearly declaring they “have no connection with, and neither endorse nor support The End of the Tour.” There’s more:

This motion picture is loosely based on transcripts from an interview David consented to eighteen years ago for a magazine article about the publication of his novel, Infinite Jest. That article was never published and David would never have agreed that those saved transcripts could later be repurposed as the basis of a movie. The Trust was given no advance notice that this production was underway and, in fact, first heard of it when it was publicly announced. For the avoidance of doubt, there is no circumstance under which the David Foster Wallace Literary Trust would have consented to the adaptation of this interview into a motion picture, and we do not consider it an homage.

Speaking of Amy Poehler: Her upcoming movie with Tina Fey, The Nest, is coming out December 18, 2015 — the same day as Star Wars. (And speaking of THAT: Episode VII may cost $200 million.)

Louis C.K.’s on the cover of GQ. And he’s still humble: “Once I start up [on a new hour of material], I’ve got about 150 bad shows between me and my first great show.”

The website for Silicon Valley’s fake company is great.

John Turturro, not Robert De Niro, will take over for James Gandolfini in HBO’s Criminal Justice.

Will Nicki Minaj do another “Starships” or “Super Bass” on her next album? “Hell no,” she tells MTV. She also says she’s done with the wild costumes and is going back to her “hip-hop roots.” (Has anyone ever said that? Don’t think anyone’s ever said that.)

Want to see Alexander Payne’s 15-minute film-school short from 1985? OK, you were polite about it, you can. [via]
https://www.youtube.com/watch?v=jFWxHFd8BC8

Wired did an oral history of Mystery Science Theater 3000.

Questlove, in a new essay: “Young America now embraces hip-hop as the signal pop-music genre of its time. So why does that victory feel strange: not exactly hollow, but a little haunted? I have wondered about this for years, and worried about it for just as many years. It’s kept me up at night or kept me distracted during the day. And after looking far and wide, I keep coming back to the same answer, which is this: The reason is simple. The reason is plain. Once hip-hop culture is ubiquitous, it is also invisible. Once it’s everywhere, it is nowhere.”

Sounds like Spielberg actually came up with the story for The Goonies 2?

Run the Jewels — Killer Mike and El-P — are coming back with a sophomore album, and Travis Barker and Zack de la Rocha are pitching in.

Nicholas Stoller (Forgetting Sarah Marshall, Neighbors): “The next thing I want to direct is this thing for Seth [Rogen] and Kevin Hart. It’s basically about the first white cop black cop pairing in history. That takes place in the late ’40s and they have to bust jazz musicians for weed. It’s kind of a Baz Luhrmann world mixed with Tarantino shit. It’s a lot of things.”

The Movies of 1994: The Buried History of 'Bad Girls,' a Would-be Feminist Western Turned Flop