What Is Kanye West Doing in the Anchorman Sequel? 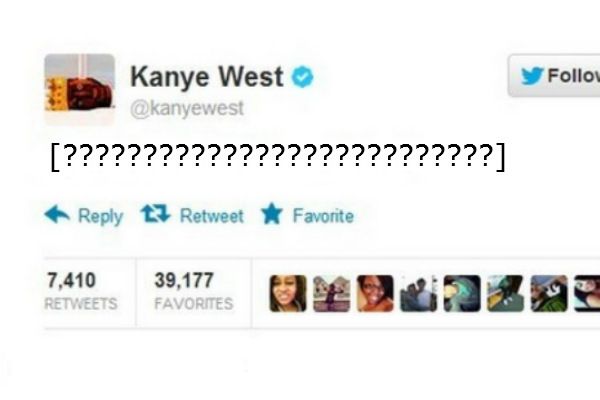 Things we already knew about Anchorman: The Legend Continues: It exists, and we get to see it in December, and, joining the gang, in some capacity or another, will be Kristen Wiig and Harrison Ford and, really, “nobody changes” from the first one. Things we just learned about Anchorman: The Legend Continues today: Kanye’s maybe probably in it, too.

According to the Atlanta Journal-Constitution (via E!), Mr. West was in the building on Wednesday, along with lady Kardashian, for the movie’s shoot in Atlanta. And the album rollout continues! But what was he actually doing? Says E!: “We hear that Kanye was part of a big fight scene (you know those local-newsmen rumbles that Ron Burgundy is always getting into) shot in Woodruff Park.” (Looks like it’s a multiday affair. On Tuesday, Amy Poehler and Tina Fey showed up to beat the shit out of Sacha Baron Cohen.)

OK, so we actually know what ‘Ye is doing in the Anchorman sequel: throwing fists. But what media outlet personality will he embody? The first time around, Burgundy’s Channel 4 crew mixed it up with the Evening News Team, Channel 2 News, Public News Team, and Spanish Language News, so those are all taken. I have too much respect for Will Ferrell to think he’d saddle Kanye with representing a Hip-Hop News Team or some B.S. like that. Maybe ‘Ye can be a foreign correspondent, in town to rumble? Or a human-interest guy, just fresh off another cat fashion show? Ah, no, no, I got it: Kanye should definitely be playing an architecture critic. That sounds about right.

Five Questions on American Idol: Are All Four Judges Getting Fired?