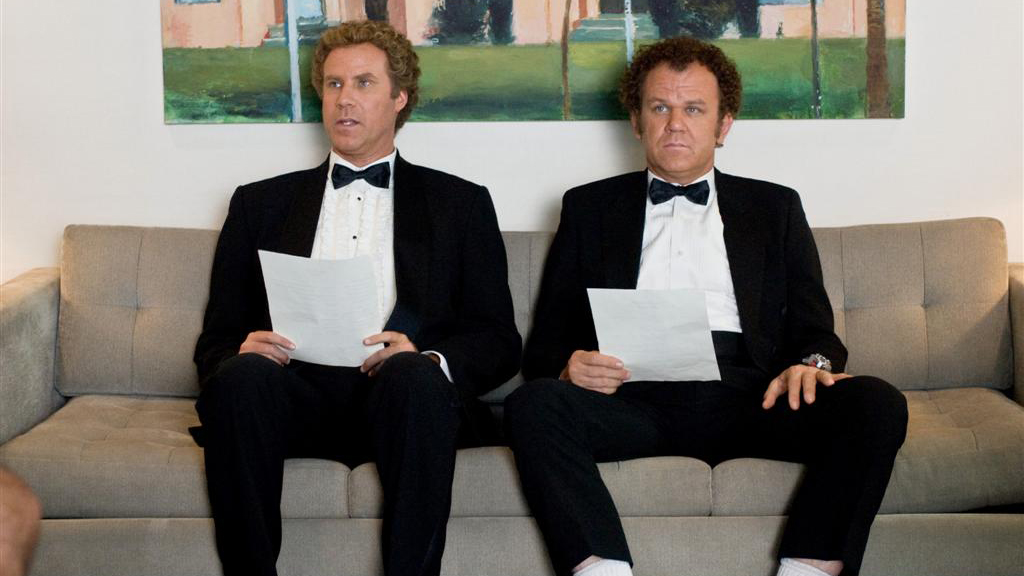 Will Ferrell has a new movie coming out this weekend. That’s cool; I’m sure it’s a movie. But I’m more interested in the occasion as an opportunity to talk about something else, something on another plane of our culture. I want to talk about Step Brothers, the best comedy of the last decade.

In the era of the man-child as our primary cultural protagonist, Step Brothers is the only film that gets it — that really understands and says out loud how superbly moronic that whole thing is. Written by Ferrell and Adam McKay, its script features an almost uninterrupted stream of one-liners, all heightened to such an insane level that it feels like the moviegoing equivalent of being pleasantly drunk. It’s lousy with glorious performances, from Adam Scott’s deranged alpha male to Kathryn Hahn’s sex maniac to Richard Jenkins and Mary Steenburgen’s traumatized parents.

Beyond its many memorable moments — I could quote the movie to you right now, drawing on a form of memory lodged deep inside my marrow: “I’ve had the old bull, now I want the young calf” — Step Brothers is instructive for another reason. We do this thing where we say “Will Ferrell movies.” But, in fact, nearly every great Ferrell comedy, not to mention the less-great ones (of which there are many), features Ferrell playing off at least one other actor in a major, elemental way.

It’s an essential part of his style, which is antagonistic at its core, and it’s also a guide to why some of his movies are so tremendous and others come in at half-mast. Even for Will Ferrell, one of the funniest people in American film, it’s really hard to be funny alone.

Beyond the movie’s masculine satire and punch-for-punch fitness, John C. Reilly is what lifts Step Brothers to the level of excellence. Unlike most of Ferrell’s other starring roles, Step Brothers is a true two-hander, with Reilly, one of our most unique and ambidextrous actors, equally important to both the narrative and the visual coherence of the film. There are actually scenes, entire scenes, that Ferrell isn’t in. And while Reilly may now be known for his comedy as much as for his dramatic work, it’s a very serious performance from his past that shows why this pairing works so well.

In 2000, Reilly and Philip Seymour Hoffman performed Sam Shepard’s True West, one of the best and dick-swingingest interrogations of American masculinity, and toaster theft, ever written. True West is about two adult brothers, a loose and corrupted drifter and a buttoned-up screenwriter, driving each other to derangement inside their mother’s home. It isn’t the fact that Reilly played a role that means something to us now; it’s that he played both.

That kind of versatility is what Ferrell needs. In Step Brothers, Reilly psychopathically taunts and cajoles him, but he also becomes a reluctant and then enthusiastic ally — a sort of condescending ward. Ferrell uses Reilly’s dickhead arrogance and hilariously hollow superiority to anchor his entire showy, feral performance.

By the end of the film, Reilly has, true to his billing, become very much the enabler for Ferrell’s character, but you hardly notice; Ferrell’s comedy feels organic, earned.

While Reilly isn’t the only actor who has played this role for Ferrell, he’s the one who has done it most successfully — I haven’t even mentioned Talladega Nights, in which Reilly functions far more as the traditional sidekick, but it’s an ace turn in its own right. Next up in the Ferrell Foil Rankings would probably be Christina Applegate, in Anchorman. If an unbiased jury had to select the ur-Ferrell performance, it would certainly be Ron Burgundy, where he gets to work out, in triplicate, all of his signature moves: loud, obnoxious voices; aphorisms and catchphrases in place of nouns and verbs; his strange soft physicality. But Applegate’s Veronica Corningstone gives Burgundy, and by extension Ferrell, a bit of actual humanness. I say humanness and not humanity because I seriously mean she makes him seem like a human; without Corningstone, Ferrell would be such a big-headed caricature that he’d float off into space.

Anchorman is, realistically, an ensemble comedy as much as it is a star turn: Paul Rudd, Steve Carell, and David Koechner — and, to a lesser extent, Fred Willard, Chris Parnell, Kathryn Hahn, and Luke Wilson (and, to an even lesser extent, Jack Black and Ben Stiller) — all exist to illuminate Ferrell, like the windows of a house. On the other hand, Applegate has her own gravity. She’s the counterweight.

Moving on from Applegate, we have two very different kinds of second bananas. Blades of Glory is better than it has any right to be, especially considering that McKay’s name doesn’t show up anywhere near it. (If you want an indicator of whether a Ferrell comedy is good, look for McKay in the credits.) And while I mean this as no slight, since I can’t imagine he’d disagree with me, Jon Heder is not Will Ferrell, or John C. Reilly. He is a goofball — an enjoyably benign goofball — and his flimsy weirdness works well to highlight what might be Ferrell’s most purely obnoxious role.

At the other pole, we have Mark Wahlberg, treating his role in The Other Guys like squats day. In The Other Guys, the typical Ferrell dynamic is basically reversed. Wahlberg is almost doing a riff on Ferrell’s performance from Step Brothers. His Terry Hoitz is manic, insulting, and high-strung.

Shockingly, it works, with Wahlberg giving what might be the most amusing performance of his career.

Both Heder and Wahlberg point to the fact that Ferrell can get great stuff out of his castmates if they commit, but they have to commit like they’re about to jump out of space. But when Ferrell produces his top-shelf stuff, it’s often at the side of a performer who might be even better than he is, working with material that he (and McKay) had a hand in creating. And if that means John C. Reilly and Will Ferrell need a TV show, someone needs to start writing letters to HBO right now.