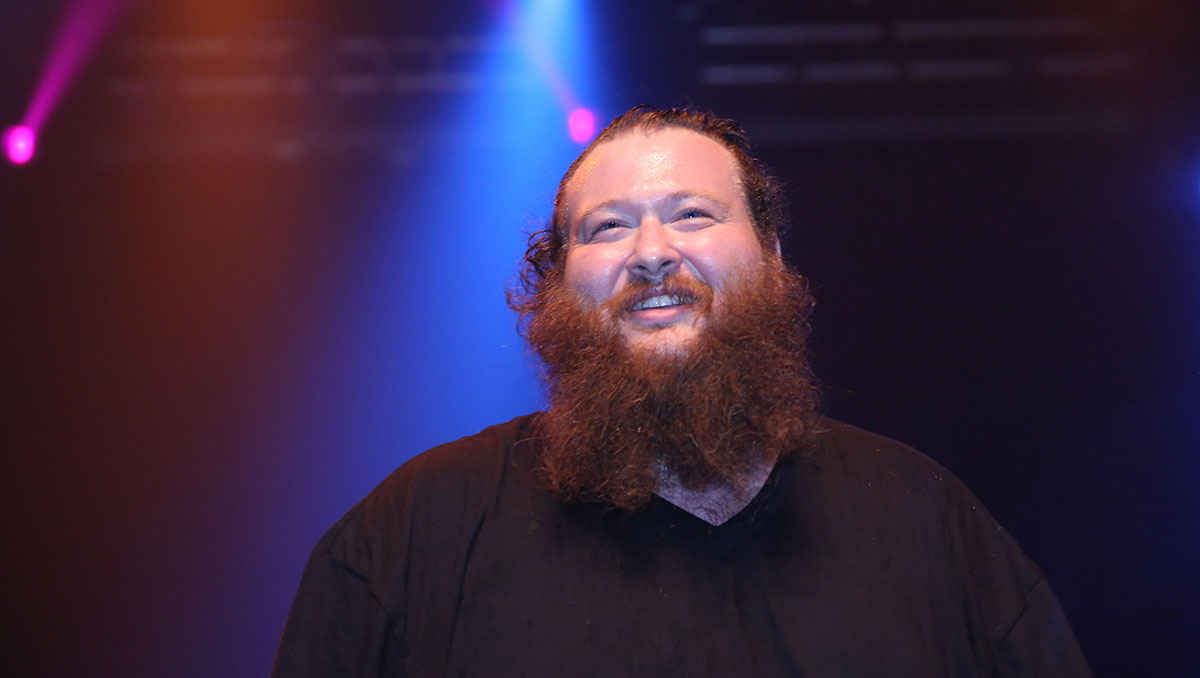 I think I really understood Action Bronson when he threw on Toto. It all made sense at that moment.

Standing alone in a sea of fans hanging on his every word — every move, every mannerism — at Manhattan’s Terminal 5 last night, I watched as the Flushing, Queens, rapper stomped around the stage, banging his head, gyrating in a frenetic, Joe Cockeresque way, as “Hold the Line” served as his battle cry. This was indisputably a rap show, but all of this oddity onstage made perfect sense.

The corny fist pumps from the crowd mirrored the corny fist pumps from Bronson — that explained it all. That was when I truly understood Bronson as a cult hero incrementally becoming a mainstream figure. The show was a paradox for me. I felt out of place while also feeling welcome, and I never wanted it to end. Because I’d never seen white people so amped at owning their whiteness by essentially mocking their own whiteness. I couldn’t believe my eyes.

The reason for the show, the second of two sold-out nights, was the release of Bronson’s major-label debut album, Mr. Wonderful. The build-up for this has seemed never-ending — his first mixtape, Dr. Lecter, was released four years ago — but the result was worth the wait. It’s an effortless record, with Bronson in complete control of his vision.

When Bronson popped up on New York’s Hot 97 in January to rap on Funk Flex’s show, he showed off his virtuosity. The “freestyle”1 from that night is Bronson at his finest, reveling in absurdist topics, flashing his overconfidence, and rapping circles around anyone stepping up to a microphone.

That control — over how he raps and who he is — is evident immediately on Mr. Wonderful. The first five tracks are nearly 18 minutes of Bronson showing you how far he can stretch the Bronsolino persona. “Brand New Car” sounds like an ’80s TV theme; “The Rising” (with his right-hand man, Big Body Bes) and “Actin Crazy” are upliftingly grimy; “Terry” finds Bronson rapping over a slightly romantic beat; and “Falconry” (with Meyhem Lauren and Big Body Bes) is a classically rugged New York posse cut, perfectly juxtaposed with a surprisingly playful beat.

The album is a big-boy step up from his 2013 mixtape, the great Blue Chips 2, but his weirdo skills are uncompromised. With producer Party Supplies as its anchor, BC2 stood out because it emphasized Bronson’s ability to rap over just about any beat thrown his way. The variety of production that he’s able to excel alongside is staggering — the pinnacle being “Contemporary Man,” with Bronson rapping over a blend of hits from Phil Collins (“Sussudio,” “Another Day in Paradise”), Peter Gabriel (“Sledgehammer”), John Mellencamp (“Jack and Diane”), Huey Lewis & the News (“Simple As That”), and Lisa Lisa & Cult Jam (“I Wonder if I Take You Home”).

While rhyming over “Sledgehammer,” Bronson tosses out the line “Just a white man excelling in a black sport, like I’m Pistol Pete.” At last night’s concert, when he got to that moment in the song, everyone was ready, myself included. It’s an amazing line that sheds light on why he’s so beloved and why he’s become so important.

Bronson is a white-boy hero in a practical, productive sense. In a world where young white people drape themselves in their own guilt over privilege — “Ugh, white people” sayeth the dutiful liberal white person — Bronson is excruciatingly refreshing. Unlike, say, Eminem in 1997, his understanding of his place in the culture feels uncomplicated. Standing in that room, packed with white kids brimming with pride over his performance, I got the sense that this had something to do with why they liked Bronson in the first place.

There are a handful of things in this life we can’t help. Two of those things are who gave birth to us and where we grew up. They’re decided before we have agency, and they dictate so much of our lives. Sometimes that works in one’s favor, and other times it’s a burden that one spends their entire life trying to overcome.

Bronson lucked up. Because Bronson’s white, but Bronson’s from Queens. If he were from Portland, he might be perceived differently.2 But he’s from Flushing. The conditions he grew up in, who he grew up around, what he was exposed to, and who will cosign him — all of this matters. But Bronson never wants you to forget that he’s a hefty Albanian American Jewish dude from Queens who can rap better than most, is whiter than most, but has fans who look like some of everything.

Near the show’s end, he rapped over Tracy Chapman’s “Give Me One Reason,” sang “I Need a Girl, Pt. 2,” and then did his version of Oprah’s Favorite Things.

He also gave away a Coogi sweater from the “Baby Blue” video (his song with Chance the Rapper), and while 30 sandwiches might have been the official count, I could have sworn it was 150.

Bronson is not my hero. But what he is able to pull off — this undeniable talent, this comfort in his own skin, this need to not code-switch — is heroic. As I watched him basking in all of his glory, all I could think was, Look at this glorious white boy go.