From Action Bronson to Yelawolf: A Field Guide to Today’s White Rappers 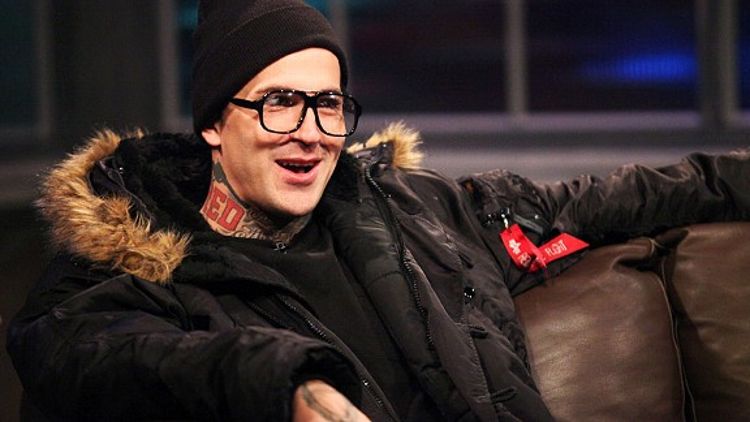 Eminem, what advice do you offer [Yelawolf], if any, on being scrutinized for being a white rapper?
Eminem: We make jokes about it, but I don’t think we talk about it in depth. As I was listening to his music, I am not even thinking about any of that shit. It’s just the music.
Yelawolf: We do poke fun of it. Like, he calls me White Dog.
Eminem: Yeah, or Beige Sheep. [Laughs]
Yelawolf: Cracker Nuts.
—Vibe

Patiently explaining to interviewers that a rapper’s race should not be an issue is the cross every white emcee has to bear. But with all due respect to Eminem and Yelawolf — the 31-year-old Alabama rapper who released his debut, Radioactive, via Em’s Shady Records this week — we here at Grantland can’t be the only ones still “thinking about any of that shit.” These past few years, with so many rising Cracker Nuts and Beige Sheep emcees, it’s been nearly impossible not to think about. Herewith a field guide to today’s white rappers.

Fratty White Rappers
Arguably no subgenre of hip hop has ever been so thoroughly dominated by white people as frat rap, which makes sense. The stereotypical frat bro, he of the impeccable shotgun technique and the extensive flip-flop collection, is, of course, a white dude. To recap: Asher Roth invented the subgenre in 2009 with his single “I Love College” (Sample lyrics: “keg stand / keg stand”), then watched it develop and mutate at a freakish rate. Its most successful practitioner would be Mac Miller, the Pittsburgh rapper who just saw his debut, Blue Slide Park, top the Billboard 200 earlier this month. Miller possesses the basic fundamentals of the frat-rapper — a penchant for soft beats, a flow somewhere between lazy and weak, a deep appreciation for snapbacks — but he’s not actually all that collegiately minded. Someone like Sam Adams, who was the captain of the soccer team at Trinity and likes to rap about stuff like how he’s partying so hard he’s always late for class, probably best embodies the vibe. There’s also guys like Hoodie Allen, a former Google employee, Chris Webby, OnCue, and Cam Meekins, who sample the likes of La Roux, Jason Mraz, and Red Hot Chili Peppers. Frat rap is a large umbrella, but most of its stars share an affinity for usubtle pop sounds, an inability to rap on the beat, and a willingness to piss off millions. (For more, consult the essential FratRap Tumblr).

Novelty White Rappers
This is a realm both of shame and glory. The greatest musical comedians of our time, the Lonely Island, belong here. Also, though, Kreayshawn, the diminutive Bay Area MC whose internet hit “Gucci Gucci” landed her loads of attention, a big fat record deal with Columbia — and, very quickly, as people realized she maybe wasn’t that much better at rapping than, say, a grapefruit, a mountain of mean-spirited derision. Even more hate has been directed at V-Nasty, who’s been criticized for using the N-word in her music. Meanwhile, public opinion on Iggy Azalea, the Australian female best known for a song called “Pu$$y,” is still undecided. And while their loyal face-painted fans would vehemently disagree, most of the country would slot Insane Clown Posse — along with their Psycophatic Records signees like Boondox, Twiztid, and Blaze Ya Dead Homie — here as well.

Redneck White Rappers.
OK, this one’s a bit of a reach, as not many dudes, white or otherwise, actually fit in the category. But, as evidenced by Yelawolf, it’s a promising field for expansion. Eminem, of course, was a pioneer of white-trash rap, and Yelawolf brings it down South as a guy talking honestly about the gnarly details of his ‘Bama upbringing. Here’s Yela, on “Pop the Trunk,” expertly sketching out a scene: “Meth lab in the back and the crack smoke peels through the streets like an early morning fog / Momma’s in the slaughter house with a hatchet helping daddy chop early morning hog.” There’s also Rittz, an MC signed to Yelawolf’s Slumerican Records, who pours his Georgia drawl into a slick double-time flow. And, a bit more on the nose, is Colt Ford, a cowboy-hat-wearing “300-pound redneck rebel,” a “God-fearing man whose had to dance with the devil.” If Jesse Pinkman ever made a rap album, he’d fit in nicely here.

British White Rappers
Mike Skinner, a.k.a. The Streets, is the best known example, but he retired with this year’s Computers and Blues. K. Koke, a street-rap bloke right off the estate, has gotten enough attention to land a Roc Nation deal. Cher Lloyd, who rapped her way to a fourth-place finish on The X Factor, has now gone so far as to release music videos in which she carries a giant boom box around.

Famous Veteran White Rappers
Hey, look who’s still around and beloved! Both Eminem, whose pair of post-pill-addiction comeback albums (2009’s Relapse and 2010’s Recovery) have made him as commercially successful as ever, and the Beastie Boys, who landed some of their best reviews in over a decade with this year’s Hot Sauce Committee Part Two. Also still around, if not quite as beloved: Paul Wall, who got some attention a few months back for losing a creepy amount of weight. And barring any late-breaking news updates, I’ll have to assume Bubba Sparxxx is currently night-managing a Bennigan’s

Indie-Famous Veteran White Rappers
In the nineties, a guy like Yelawolf probably would have been destined for a different kind of fame: that of the backpack rapper. Back then, labels like Def Jux and Rawkus churned out dense records by hyper-lyrical MCs. And those guys are now … still around, mostly, if not quite as active. El-P, who founded Def Jux, has officially shut down the label, but has appeared on tracks by Internet-age whiz kids like Das Racist and Mr. Muthafuckin’ eXquire. Aesop Rock has formed a new group, Hail Mary Mallon. Cage now pals around with Kid Cudi and Shia LaBeouf while speaking French. If it wasn’t for these guys — alongside Atmosphere, Necro, R.A. the Rugged Man, Non Phixion, Jedi Mind Tricks, Ugly Duckling, The High & Mighty, Young Black Teenagers, the various signees of Anticon, and many more white people — the ease with which new white rappers can vie for mainstream acceptance might have never happened. Mac Miller! You owe some people some money!

New Indie-Famous White Rappers
Earlier this year, the New York Times argued that “a recent crop of albums and mixtapes by white rappers shows a new strategy. Where in the past, the way to avoid ruffling feathers was to lay no claim to hip-hop’s center, now it’s by looking backward, studying up and making unimpeachable choices.” Specifically mentioned was Machine Gun Kelley, the Diddy-signed rapper, for sounding like previously fast-rapping folks like Twista and Bone Thugs n’ Harmony, and Action Bronson, who excellently, proudly upholds mid-nineties East Coast rap. (One other thing he does excellently and proudly: include separate songs called “Brunch,” “Jerk Chicken,” and “Shiraz” all on one mix tape). There’s also no shortage of guys happy to sound either like the emo-ier (Grieves, Macklemore) or denser (Thee Tom Hardy) sides of the nineties indie set. And in a notable development, Asher Roth — the man who single-handledy made it “cool” to rap about beer pong — has recently eschewed frat rap in favor of retro social consciousness. Blasphemy, bro.

White Rappers Who Are Justin Bieber
As the undisputed greatest white rapper alive, Justin Bieber gets a category all to himself.

Fiona Apple at Largo: "My New Songs Have Been Done for a Year"