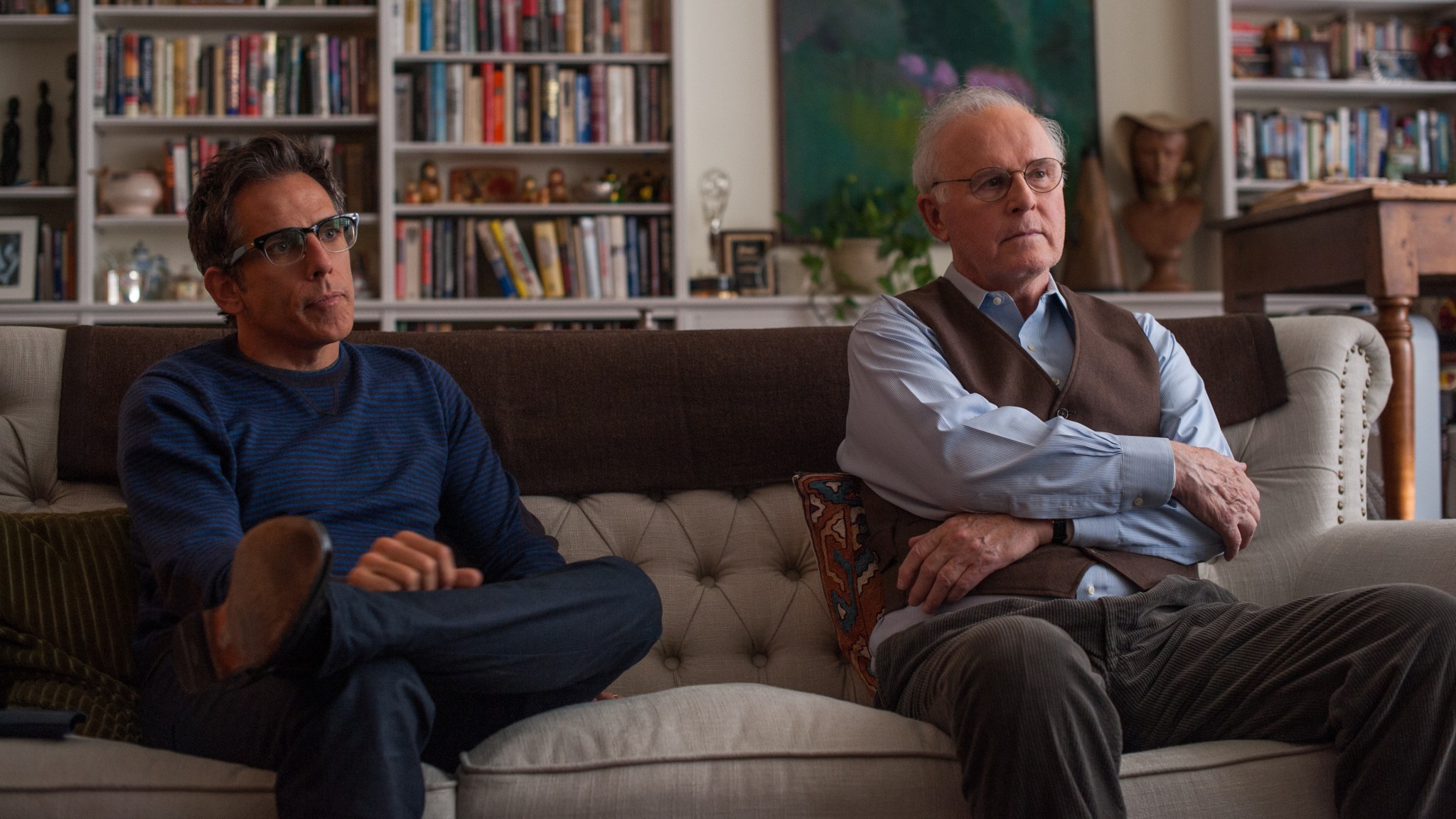 The world has left the sour ones behind. This is no longer a safe space for grumps and grouches. People are nicer to each other now, or they simply don’t talk — crankiness is rewarded with being ignored, or muted on Twitter. Next time you’re riding public transportation, try telling a particularly enthusiastic seatmate that they’re talking too loudly, and see how horrified they are by your temerity. Straight talk has been banished. Politeness reigns. Time has passed the Charles Grodins by. What a tragedy.

Charles Grodin seems to know this, and so Charles Grodin is back. The formerly Zelig-like actor, writer, and talk show host appears in the new Noah Baumbach film, While We’re Young, as — what else? — a dyspeptic but estimable man. It’s his third such high-profile appearance in the last year, along with a part in the recent Al Pacino drama The Humbling and a recurring role on the fourth season of Louie. Before this rush, Grodin had appeared in just one movie — 2006’s regrettable Zach Braff vehicle The Ex — since 1994’s It Runs in the Family. Grodin is different now — his dashing accountant’s countenance has aged; his stiff brown hair is now a thinning nest of cement-colored wisps. But he still possesses the same delicate combination of smarm and latent dissatisfaction. He is a man’s man, if your vision of masculinity resembles an impatient high school English teacher. And his mini-comeback at almost 80 years old comes on like an alarm clock buzzer — unpleasant at first, but necessary; missing him has had consequences.

In some ways, Grodin never left. He spent the early part of this down period hosting the most remarkable talk show of our times — an act of willfully discursive drollery that seems impossible in hindsight. CNBC’s The Charles Grodin Show, which ran from 1995 to 1998, found the “retired” actor recounting the day’s news, holding court with Hollywood pooh-bahs like Jerry Lewis, and gently accosting his panels, like this trio of female guests that was asked why women insist on revealing “leg.”1 Grodin’s interviewing technique was a complete inversion of Jimmy Fallon’s sloppy-kiss strategy: He would ingeniously interrogate the ideas his guests had hoped to promote; he would then derail with precision by aimlessly blathering wisecracks, asides, and half-serious theories at them. It was a relentless intellectual assault.2 Sometimes he would directly insult with a Hanzo-sharp wit, if he cared to address his guests at all. And when there weren’t any guests, he would simply pontificate, riling himself about the O.J. Simpson trial — a pet obsession — or just prattle on in his pin-drop-quiet studio about the nature of mankind. Phenomenal television, I recommend it.

That show was an outgrowth of his legendary appearances on Johnny Carson’s Tonight Show and Late Show With David Letterman, wherein he routinely redefined “disagreeable.” Grodin has bragged that though he often appeared to quarrel with Carson, he is one of the few in history to be put on contract as a semi-regular guest. (He somewhat infamously tanked an appearance on SNL in 1977, on purpose.) Grodin’s surliness was shtick — a wry commentary on putting on a good show for the audience. He always knew good theater. Grodin, who started out on Broadway and eventually found his way to Hollywood, has said he was always unafraid to say what he thought, no matter the situation. From a 2009 interview:

In the second Broadway show I did, I don’t know what I said, but pretty soon I was included in the conferences between the director and the writer, even though I was a junior member of the company. One of the character actresses in it resented it. She was a friend of mine. She said, “You’re the juvenile in the play. What are you saying to these people?” I told her what I was saying, and she went, “Oh, that’s a good point.” The producer noticed this, and then he offered me a musical Off-Broadway to direct, and I became the co-author and director. So this business of asking questions—not to be rude, but just to get at the answers—is something that has actually served me well, and I realize that now, even though I took a lot of abuse for doing it.

His inquisitions eventually transmogrified into a kind of America’s ombudsman role — an everyman’s public intellectual. In addition to his talk show, Grodin had written, until this year, a semi-regular column for the New York Daily News for nearly 10 years; he’s also cranked out five memoirs, several plays, and even served as a kind of modern-day Andy Rooney–style commentator for 60 Minutes II. The man has opinions. He will share them, by hook or crook. His writing style is not unlike his television hosting, though quite unlike his acting. His prose is anodyne, and his ideas are sort of archly dim. One recent column was titled, “Ditch the big words during TV news broadcasts.” His books, which are self-reflective but also self-polishing, are similarly obvious, and yet not. Is this writerly persona as much a put-on as all of those deliriously smug appearances on Carson?

I choose to believe so, because I know what kind of actor Grodin is: unpredictable, unnerving, and unlikely — as capable of frenzy as fatigue. In While We’re Young, he plays Leslie Breitbart, an acclaimed documentarian on the level of Frederick Wiseman and the Maysles brothers. Breitbart is a self-satisfied but not unwise master in repose; he’s a proxy for Grodin himself. He has wisdom, but would you stop bothering him already? 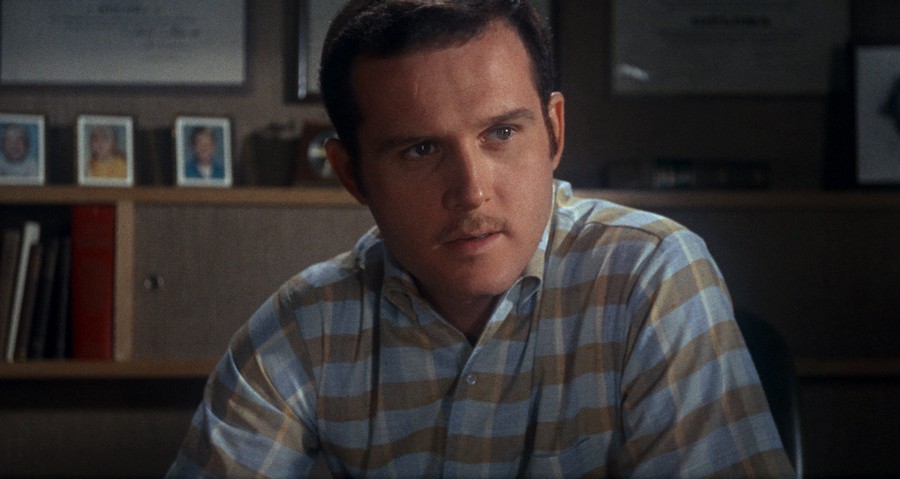 Baumbach seems to be drawing on decades of Grodin’s characters, including the taciturn and eerily still Dr. Hill from Rosemary’s Baby. Though Grodin would thrive as a comic performer, his role in Roman Polanski’s horror masterpiece is arguably the most chilling, the last line of sanity before the final descent. Even in his preparation for the role, he was an insinuating malcontent.

Legend has it that Grodin was Mike Nichols’s first choice for Benjamin Braddock in The Graduate, but that Grodin was rankled by unrealistic demands regarding his audition; something about the amount of time to memorize 30 pages and the discourteousness of the request and for what price? Classic Grodin. A few years later, he did link up with Nichols for his adaptation of Joseph Heller’s Catch-22 and seemed to be punished with the role of the oblivious, prone-to-sexual-assault Aarfy Aardvark. Young Grodin always seemed to be playing some kind of creep. Two years later, his greatest performance came in Nichols’s former partner Elaine Mays’s directorial debut, The Heartbreak Kid.3 This scene, which is like a man duct-taping pillows around himself before a suicide leap, may be the single most anguished scene in comedy history. Grodin is all quavering hands, cold sweats, anxious anger, and bulging eyes. He’s a tea kettle whistling, “PECAN PIE!”

After The Heartbreak Kid and approaching 40, Grodin turned away from slimeballs and began to take on middle-aged malaise — as the devious corpo-villain in Heaven Can Wait; the nebbish dentist at the center of Albert Brooks’s reality TV forecasting Real Life; the pathetic counterpart to Steve Martin’s The Lonely Guy; the straight-man CIA agent in Ishtar. He is forever the Baseball Diamond–thieving Nicky Holiday to a generation of The Great Muppet Caper fans — Grodin was so faux-suave in that movie, Miss Piggy threw over Kermit for him. 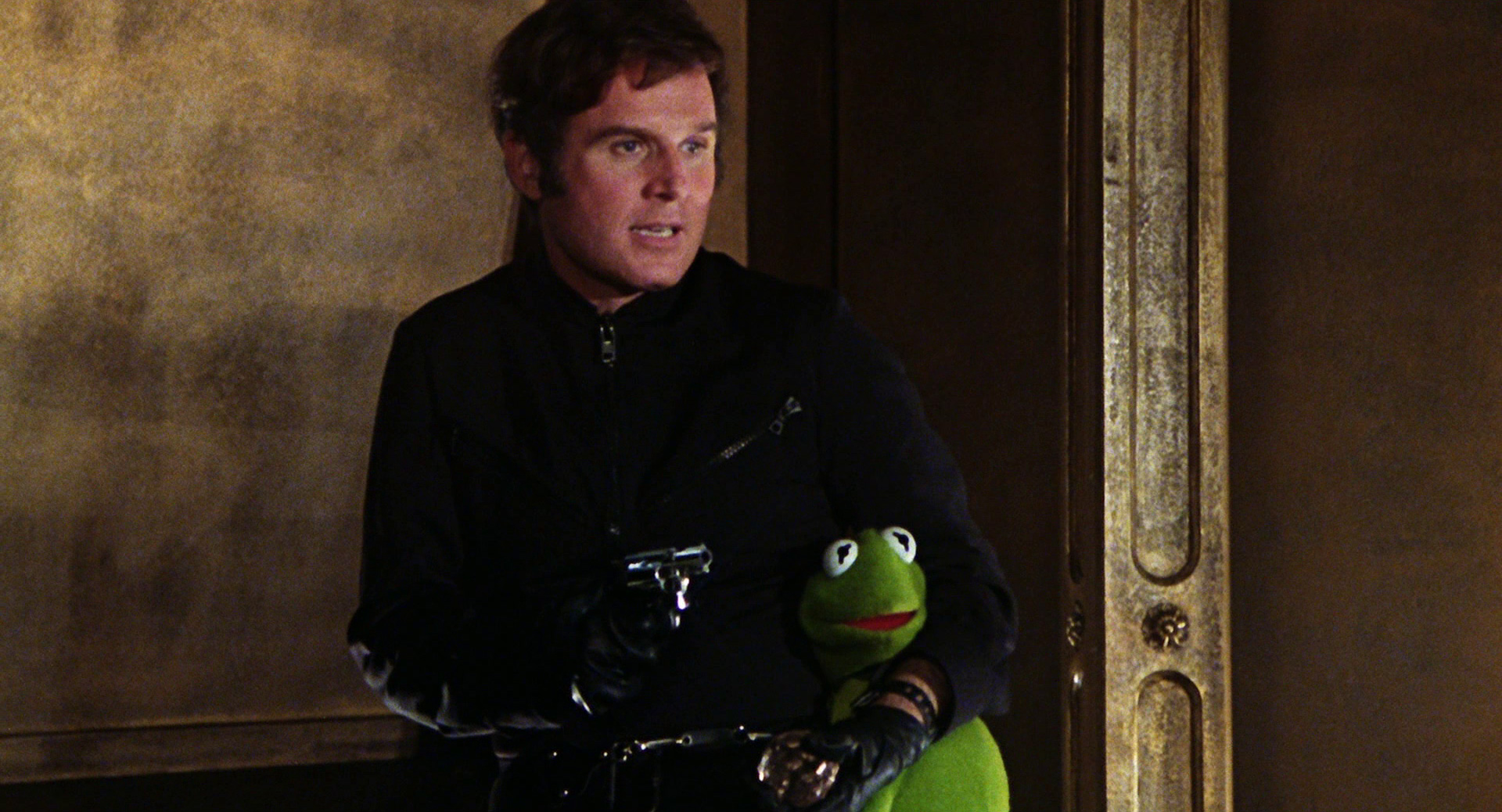 Grodin’s last truly iconic role is probably Midnight Run, where he plays the Duke, the embezzling moneyman for the mob that Robert De Niro’s Jack Walsh is meant to hunt down. Grodin has rarely been sadder and more normcore than here.

As Grodin rounded into his sixties, you can see why he grew tired of acting. He was being cast as the angry, slobbered-on dad in the Beethoven movies, or the reliable old pal in Dave. In Clifford he was an uncle to Martin Short’s titular monster-child. Longtime fan Mike Myers cast him in a cameo as an uncooperative, sour driver who shows up in one of So I Married an Axe Murderer’s most pivotal moments.4 But he’s only there for that dissatisfied glower. What is this bullshit? his frown always seems to be asking.

In While We’re Young, Baumbach uses Grodin’s character, the feted documentarian, as a counterpoint to Stiller’s adrift, middle-aged son-in-law. It’s a role Grodin could have played once upon a time. (Likewise Baumbach and Stiller’s previous collaboration: Greenberg starring Grodin might have been a different beast altogether.) Now he is implacable but not impenetrable. The crank has cooled, just a bit. Here’s hoping he reimagines this old-guy Twitter account and reassumes his mantle as the universe’s most mildly perturbed man. This world needs him.