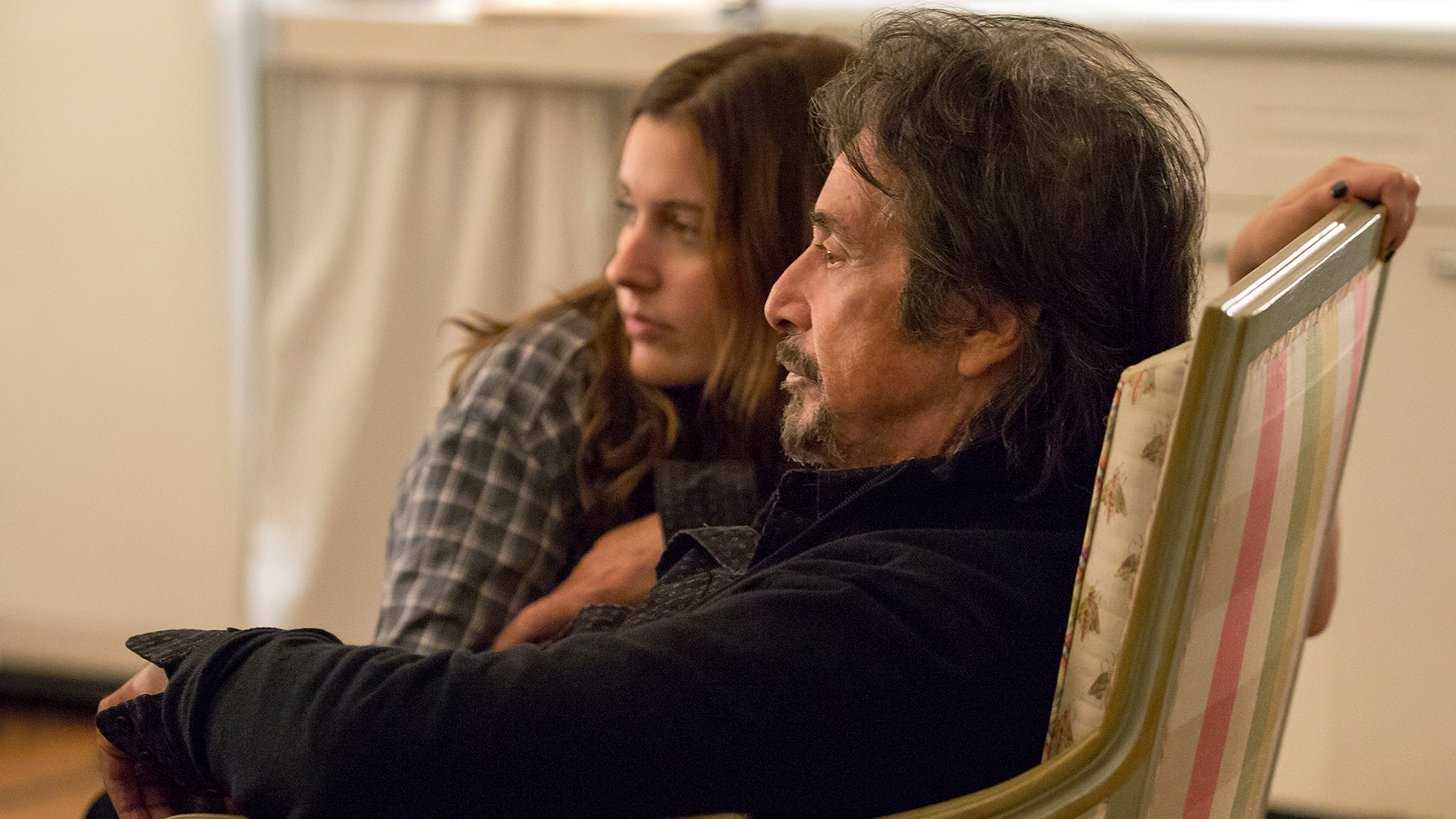 The Humbling opens with Al Pacino, looking like a day trader who’s been living in a glass of Wild Turkey. He’s reciting Shakespeare to himself in a dressing-room mirror. From there, things only get more meta. It’s a curious enterprise to begin with: Based on Philip Roth’s 30th novel, The Humbling is a passion project from an actor who lately hasn’t seemed to show much interest, let alone passion, in his career. And yet, here we have a chance for redemption, insofar as the man who played Michael Corleone could ever need such a thing.

The Humbling follows an actor who has a crisis of confidence and starts a relationship with a much younger lesbian as he tries to figure out his life. It was cowritten by Buck Henry, screenwriter of The Graduate, Catch-22, and To Die For, and directed by Barry Levinson, best known for Sleepers, Diner, Rain Man, and Wag the Dog. The Humbling is not a good movie. It isn’t a bad movie, necessarily; putting Pacino aside for a moment — which is sort of like talking about the Replacements and putting aside Paul Westerberg, but bear with me — there are strong themes at play about the tragedy of aging, the impotence and weirdness of being old, and reimagining how you interact with those so much younger than you, particularly when it comes to sex and love.

There’s plenty to be parsed here. First, and most unfair to the film itself, is the question of Roth’s novel, which, if not the worst he’s ever written, is at least the worst of his remarkable latter-day burst of productivity. I can see where Pacino was coming from when he bought the rights: Within the old man’s lesbian fantasy that is The Humbling (the novel) exists an intriguing consideration of how to age as an artist. But I’ve read a double-digit number of Roth’s works, and The Humbling is the only one in which the author’s controversial fixations — with the viscera of sex, with masculine insecurity and arrogance, with ego — overwhelm the story he’s trying to tell. Whereas Everyman, published only three years earlier, is one of the great tangos with mortality in American literature, The Humbling seems like a joke.

What’s weird about the movie is how much of a joke they make it. Pacino and Greta Gerwig’s relationship isn’t creepy, but it is completely unconvincing. Gerwig is a gifted and courageous actress, and here, she’s completely miscast: A character who’s supposed to be a sexual dilettante and object of obsession becomes a slightly annoying narcissist. Roth was going for eroticism; The Humbling (the movie) couldn’t be less sexy if it were filmed in a DMV.

No one’s inculpable. The editing is a mess, with random fade-outs and incoherent subplots spliced together in no real order. The script, though sometimes witty, leans on a brutal narrator device and scenes of dream and delusion that shatter any sense of a filmic reality. Levinson’s direction is wavering and unfocused. The lighting is blown out. And certain scenes, particularly when they feature extras, look either rushed or under-budget, giving the whole production a feeling of cheapness.

Despite all this, The Humbling is a triumph, because for the first time in a decade, Pacino seems alive. He’s great in this movie, from how he moves — as though he’s falling apart with every step — to the way he talks — broken and confused — to the small tics of his face, his restless feet and hands, his overall exasperation. If you’re in the mood for eisegesis, The Humbling is here for you; parallels abound between the paycheck poaching of Pacino’s late sixties and early seventies and his character Simon Axler’s situation, which involves money problems and struggles with craft. But Pacino’s gift never went anywhere. He remains a startlingly blunt, sensual actor, an emotional geyser, and as he stumbles and swoons around the woods and halls of The Humbling, the dominating sense is one of potential. It’s a strange thing to say about a man who, at 74, has a legitimate claim of being the greatest film actor to ever live.

One scene stands out. Axler, Pegeen (Gerwig), and Pegeen’s parents are at the vet, because Axler just ran over Pegeen’s cat’s foot with his car. Axler’s back is a mess, and Pegeen convinces the doctors to give him muscle relaxers meant for animals. As he sits in the waiting room with Pegeen’s parents, who are berating him for dating their much younger daughter, Axler’s face droops and his body takes on the appearance of a bag of flour. When he tries to respond, he slurs his words so badly that he sounds pre-verbal. If he’d had any dignity left, this marks the point of complete desertion. It’s a conventional scene of physical comedy, played simply and without adornment. Behind the performance, Pacino seems ecstatic, and this feeling alone makes an entire, flawed movie worthwhile.