What Howard Stern is Doing on America’s Got Talent 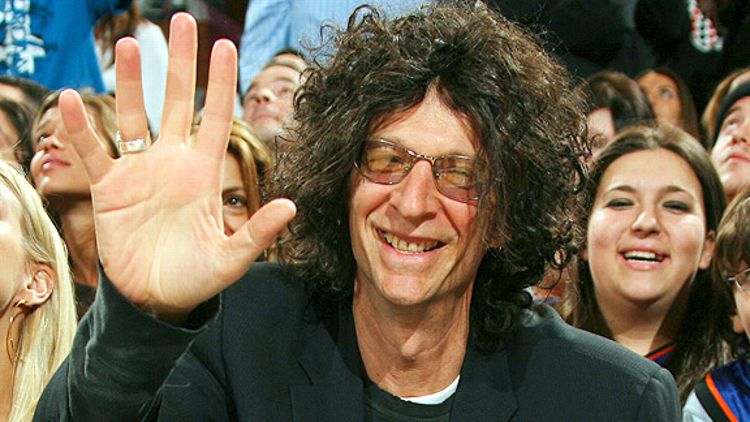 Last week, Howard Stern announced that he will be joining the judge’s table on the NBC show America’s Got Talent, replacing Piers Morgan as ‘the judge with an actual opinion.’ Even as a prosumer of media, I really don’t know the difference between American Idol, X-Factor, and America’s Got Talent — they are all shows attempting to manufacture stars who can capture the hearts of Middle American audiences. The only real difference is in the voice of the show, and now we will know AGT as ‘the show with Howard Stern as a judge’ in the same way that we know American Idol is ‘the show that used to have Simon Cowell as a judge.’

Depending on your perspective on the current media landscape (which basically depends on how old you are), Howard Stern’s title as “The King of All Media” might be a bit outdated. Not based on diminishing power as an influencer, but just because the internet has turned our perception of everything that doesn’t appeal to conservative Middle America into a ‘niche voice or content source.’ Even the massive cult of Howard Stern could be considered a ‘niche product for high end consumers’ if you aren’t a SiriusXM subscriber. The internet empowers unique voices to build tribes, but it also lets the loudest voices exist in quiet corners.

Stern dominated terrestrial radio markets, helped to launch and sustain satellite radio as a more-viable-than-we-thought business entity, wrote best selling books, and even had a #1 hit movie with Private Parts. Some claim that ‘television’ is a medium in which Howard Stern has never been successful, even though the taping of his radio show ran for over a decade on E! and he was even able to build his own OnDemand channel. The experiment of Stern on America’s Got Talent is interesting because it is the really the first time that he has presented his brand in a context that he doesn’t completely control.

Of course, he probably wouldn’t have agreed to judge if he had any doubt that America’s Got Talent wouldn’t morph into ‘a talent show judged by Howard Stern.’ The buzz behind his arrival isn’t just about bringing his fan base to the NBC network, but also introducing a great deal of people who didn’t grow up in major radio markets during the 1990s to his brand.

Even in our ‘shifted media landscape’, Howard Stern show manages to resonate with any fan of progressive media because people are still interested in being exposed to a voice of unfiltered truth. Although he can be reduced to farts and misogyny by the usual conservative forces that still get angry about generic ‘controversial stuff’ on TV, he still creates a compelling viewpoint for new fans to identify with. It always seems like the most self-aware stars and personalities grew up as Stern listeners, usually quick to credit him as a media inspiration. It always makes me feel like I missed out on something special and ‘growing up on the internet’ was an overrated, non-curated experience.

Personally, I feel fortunate to have randomly purchased a car with a SiriusXM subscription, or else I would probably think of Howard Stern as some sort of dated personality from ‘when radio mattered.’ Without an appropriate historical perspective and in-depth knowledge of FCC laws and regulations, it is impossible to completely appreciate Howard Stern as a free speech pioneer. Having only had the opportunity to listen to him in his uncensored format on satellite radio, it is still easy to tell that it doesn’t matter what form of ‘media’ that he is transmitted on because his ability to break the fourth wall of broadcasting will always make him compelling. He’s even interesting enough to get me to tune in to see what he decides to do on some lame show that is hosted by Nick Cannon.

Howard Stern’s success has has enabled him to create his own creative comfort zone on satellite radio. He works when he wants, says what he wants, and could be satisfied riding into the sunset as a legitimate media pioneer. If any one has earned the right to try something new and fail, it has got to be Howard Stern. But it won’t fail. Audiences won’t be tuning in to America’s Got Talent to judge Stern’s performance. They’ll be tuning in because as absurd as it is, there is finally going to be some one with an honest, relatable voice in a judge’s chair.

Previously: Lasting Images From the NBA Lockout
How Is Rihanna Doing This?
Consuming Sports in Our Crowded Meme Economy