How About a Little Channing, Tilda, and Ralph to Go With Your Coens? 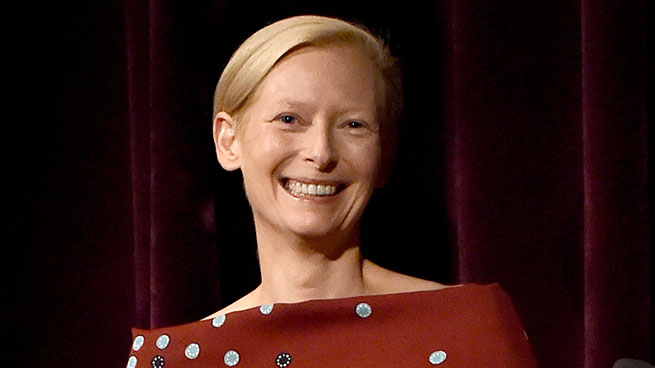 Channing Tatum, Tilda Swinton, and Ralph Fiennes are in talks to star in the new Coen Bros. film Hail Caesar. They join George Clooney and Josh Brolin in the ’50s Hollywood fixer drama, in case you had any lingering doubts about wanting to see this thing.

Today had some fun times with Chris Pratt and Bryce Dallas Howard on the set of Jurassic World.

Community ain’t comin’ back through Hulu. And maybe not at all.

The Honest Trailer for Forrest Gump:

A pretty great Stephen King novella from 2010, Big Driver, is being adapted at Lifetime with Maria Bello in the lead.

Want info on everything that Melissa McCarthy and her husband, Ben Falcone, are working on? Variety’s got you.

Kanye’s full appearance at Cannes’s “Technology, Culture and Consumer Adoption: Learning to Read the Cultural Landscape” seminar is now on YouTube. Disrupt the nucleus, man. [via]

That befuddling trailer wasn’t the only new Teenage Mutant Ninja content to hit the Internet today — there are also four character posters.

And here’s Amy Poehler and Paul Rudd getting all gooey in David Wain’s They Came Together … to the tune of some new Norah Jones. Awwwww. [via]

Warner Bros. Has Selected the Next Big Young-Adult Adaptation