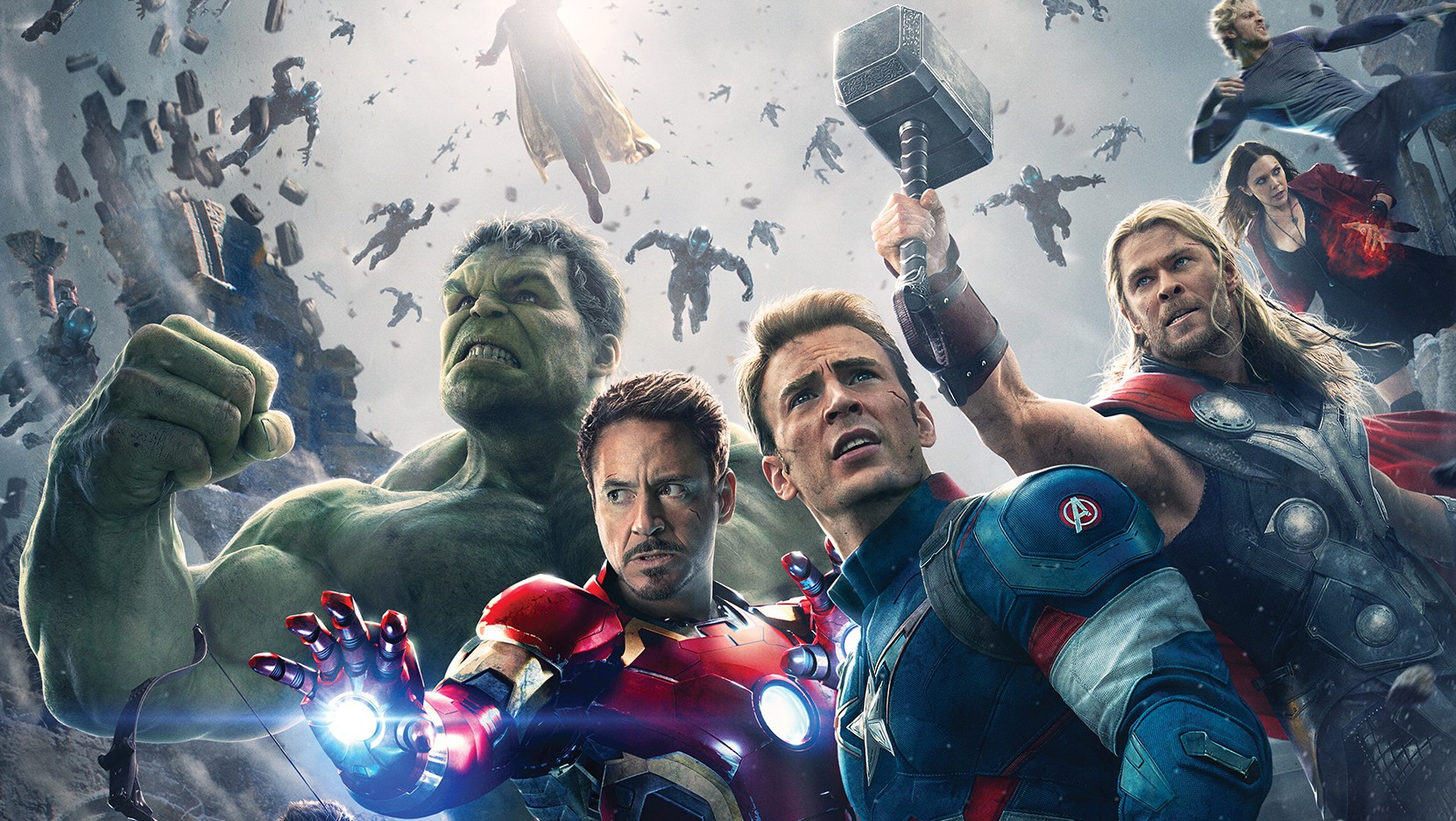 Yet again, Avengers: Age of Ultron trashed the box office like its own personal floating city of anonymous Eastern European victims, wrecking whatever feeble competition stood between it and our wallets. If you’ve still somehow avoided the movie, Kevin Feige will now personally send an Ultron clone to march you to the nearest ATM to withdraw the price of an IMAX 3-D ticket. And while you’re at it, you might as well put down a pre-payment on Ant-Man and Captain America: Civil War.

But despite Avengers’s gargantuan haul, the overall box office took a minuscule dip compared to the same weekend last year ($118 million vs. $124 million). Worry not, it’s still up 5.6 percent against the dismal year-that-shall-not-be-named (cough 2014), so all is well in the Marvelverse. Or is it? Because some still see Avengers: Age of Ultron’s slight underperformance as a portent of audiences oversaturated by multiverses and tired of reading Thanos wikis to be sure they understood what they just saw. And yet, there is only one winner this weekend:

You made $77.2 million at the domestic box office? In your second weekend of release? And that makes $313 million after just two weekends? Very good indeed, my little Age of Ultron! Oh, you want a gold star? Well, technically, that’s not a record: That’s just the second-best second weekend of all time. Your big brother, The Avengers, still holds the record. But don’t let anyone tell you runner-up is just another name for loser. Now go play with Thanos and don’t forget the infinity stones!

There is something willfully dismissive about shrugging at a film that’s out-grossed every other film but one, both domestically and abroad, in its first 10 days of release. And yet Age of Ultron is doomed to live forever in its big brother’s shadow. With $373 million, the original Avengers had already made about $60 million more at this point in its box office run, dropping only 50 percent in its second weekend, whereas Ultron dipped a less estimable 60 percent. In fact, Ultron couldn’t even hit Disney’s1 weekend projection of $85 million, putting to bed all the speculation that Pacquiao-Mayweather had delayed a portion of the hordes that would come back on Mother’s Day weekend. And if you really want to get under Ultron’s skin, you can point out that the original Avengers had much tougher competition, from Dark Shadows, in its second weekend than Little Bro had at the hands of Sofia Vergara and Reese Witherspoon this weekend. And, finally, if you just can’t stop messing with Marvel’s head, Scarlet Witch–style, you can float the fear that maybe, just maybe, if Furious 7 can continue to milk its box office fumes, it might push itself past both The Avengers and Age of Ultron to become the third-highest worldwide grosser of all time.

Well, that’s going a little far. Because Age of Ultron has bested its predecessor in one key regard, really the only one that matters: Ultron has grossed the near-ludicrous sum of $875.3 million worldwide and it hasn’t even opened yet in Japan or China. In fact, the real judgment day for Ultron comes Tuesday, when its Chinese opening should push it over $1 billion. However much Ultron’s overstuffed story and everything-but-the-CGI-sink action sequences may have slightly underwhelmed jaded American audiences, if the Chinese even partially eat it up, Ultron could still pass $1.5 billion and best both The Avengers and Furious 7 to become the third-highest grossing film of all time, taking its rightful seat at the right hand of James Cameron.

Besides, if you want to talk USDA-certified losers this weekend, look no further than the latest attempt to surf the female comedy cultural wave, Hot Pursuit. Despite the hoped-for accent synergy of Sofia Vergara’s Colombian lilt and Reese Witherspoon’s Southern twang, Hot Pursuit tanked at no. 2 with just $13.3 million domestic. Even with a fairly reasonable $35 million budget, Pursuit would have to really hustle next weekend and hit it big abroad to pull any profit — but with reviews like this and Pitch Perfect 2 hot on its tail this weekend, that seems less plausible than Pursuit’s screenplay.

However, the Tex-Mex Thelma and Louise looks golden compared to The D Train. For mind-boggling reasons that can be best summed up in the phrase “Sundance effect,”2 scrappy little distributor IFC, fresh off Boyhood’s brush with Oscar greatness, decided this twisted Jack Black comedy deserved the widest release in its history. Unfortunately, The D Train grossed $469,185 in 1,009 theaters, earning the ignominious distinction of fifth-worst opening across 600 to 2,000 theaters.

But let’s go out on a high note: Ex Machina, featuring Oscar Isaac and his Robot Rockettes, continues to climb the box office charts after its specialty release. Alex Garland’s burgeoning hit added almost $3.5 million to its now $15.7 million domestic gross this weekend, expanding to 2,000 theaters and jumping over 50 percent in its fifth week. So that makes for at least one overachieving artificial intelligence this weekend. (Sorry, Ultron, I didn’t mean it like that.) Yes, $875 million is pretty good too. No, I’m not just saying that. Now go brush up on your Chinese; you’re about to join the billion-dollar club.

‘The Right Reasons’ Podcast: ‘Married at First Sight,’ ‘Shahs of Sunset,’ and More