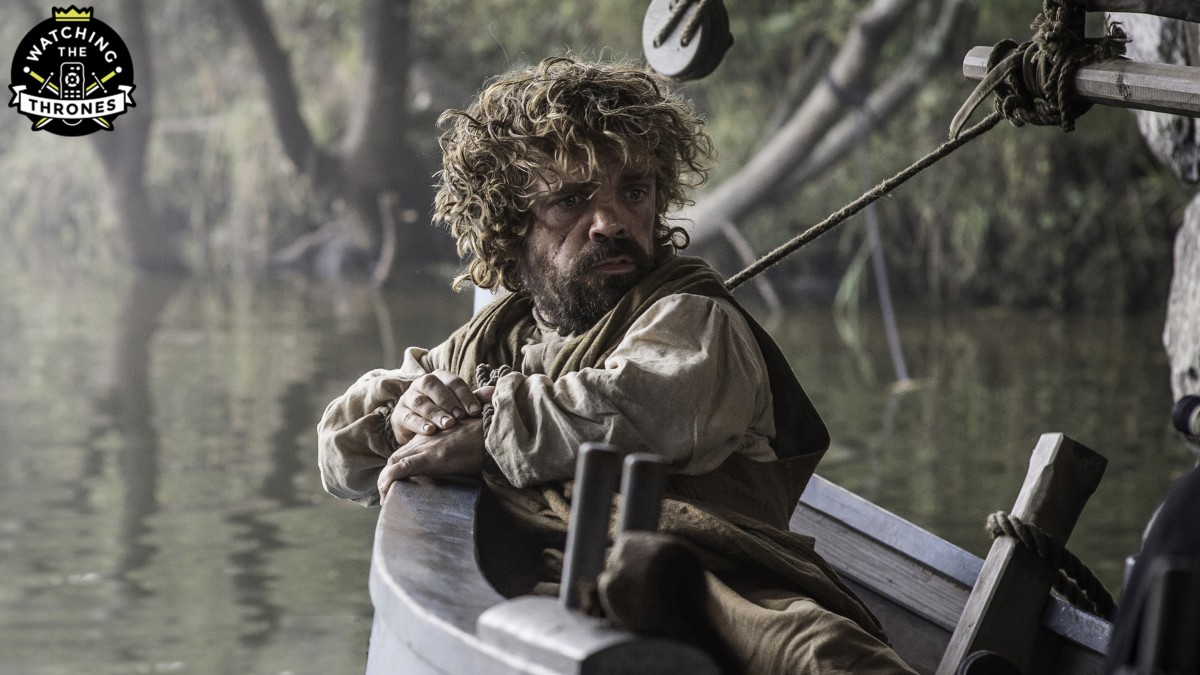 Game of Thrones has filled me with many things during our four-plus years together: glee, bile, shock, confusion, and, on one memorable occasion, nausea. But I’m racking my brain — poor choice of words considering the Oberyn reference, I know — to remember the last time it filled me with wonder.

Until last night, that is. Jorah and Tyrion’s slow boat to Valyria, the penultimate sequence in the gripping “Kill the Boy,” was a glorious piece of imaginative storytelling. It stirred my soul; it stole my breath. The ruins of an ancient, globe-straddling civilization rising up out of the placid waters reminded me of the glory years of Lost or a particularly trippy episode of Cosmos. Jeremy Podeswa, making his Thrones debut, kept his camera low, the better to gape at the collapsing coliseums and disintegrating castles of the empire that once ruled the known universe.

“For thousands of years they were the best in the world at almost everything,” Tyrion said of the Valryians — a powerful people who rode dragons for sport and birthed a dynasty that’s currently languishing in a Meereenese pyramid. “And then … and then they weren’t.” Nature had reclaimed nearly all that the Valyrians had built with a cruelly efficient beauty. The verse Tyrion quoted lingered on notions of futility (“The Doom consumed it all alike” is basically the Seven Kingdoms version of “Ozymandias”), and I found myself thinking of cemetery groundskeepers and how their job is to beat back the encroachment of life on carefully manicured monuments to death.

Of course, one can’t expect to have awe without some shock. (This is Game of Thrones, after all, not a Terrence Malick film.) But there was a morbid grace to the Stone Men as well. The heavy leap of the first attacker was easy to mistake for some sort of structural collapse — another relic sinking slowly to the bottom of an uncaring sea. But a second splash followed, and then a third. It would have been a beautiful metaphor if it weren’t also terrifying: Men forgotten by time rising up with fists to punish those with short memories. But there was no time for poetry: Jorah and Tyrion were under assault from the Westerosi equivalent of zombies while paddling around in a doll’s idea of a boat. It was chaotic and scary and had me wishing for a glug of Tyrion’s beloved red. But as the Imp sank down into what appeared to be a watery grave, I couldn’t help but figure that this was all too unusually elegant. It takes real confidence to allow the screen to go Sopranos-finale dark for a worrying number of seconds, only to then blink slowly back to consciousness. But I suppose if I had a shot lined up like the one that ended the episode, with Jorah revealing his infection against a stained-glass sky, I would feel pretty confident too. 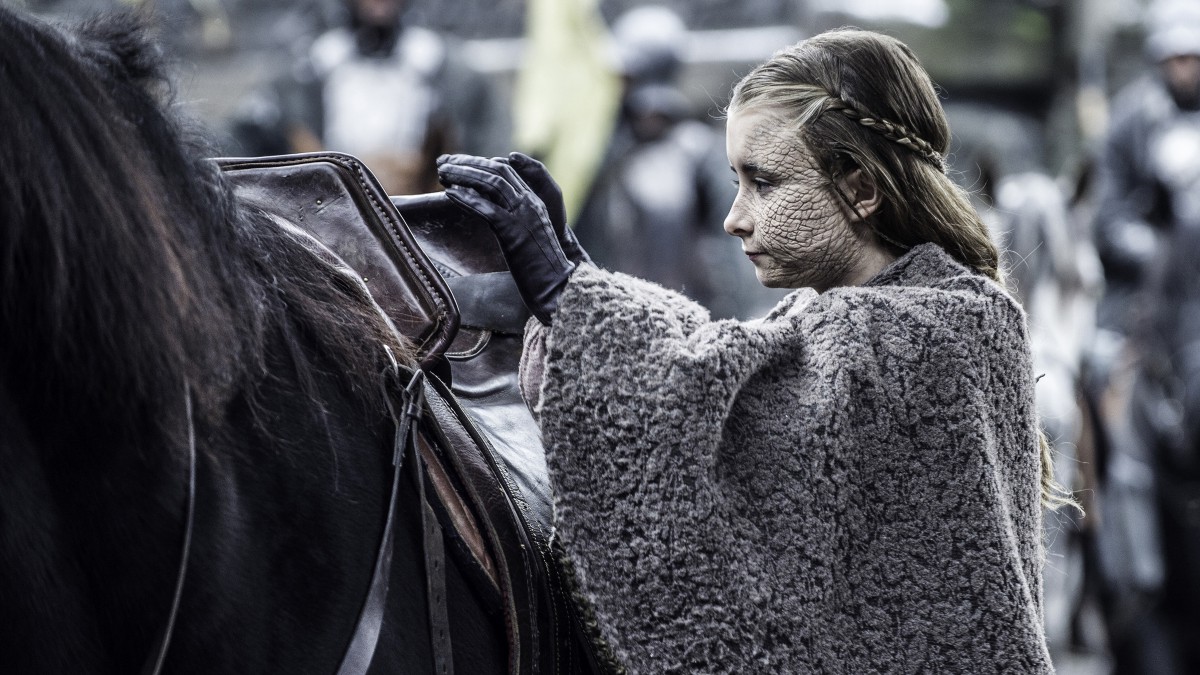 Game of Thrones is soaring now, higher than Drogon above his ancestral home. The narrative feels as unchained as Tormund in Jon’s office. I say this not simply because of what happened in Valyria, but because of the subtle hints and nudges that led us there. It’s been a frequent topic on both of Grantland’s Thrones-related podcasts, Hollywood Prospectus and Watch the Thrones, this unique predicament that showrunners David Benioff and D.B. Weiss find themselves in: How to do justice to the entire scope of George R.R. Martin’s world when hugely important events — like the cataclysmic volcano (a.k.a. “the Doom”) that wiped out Valyria — happened hundreds of years before even old Maester Aemon was born? A successful television series is one that shows us the most important story available — and then tells us as little as possible about tangential events. So I’ve appreciated the grace with which Benioff and Weiss have not just expanded the world map in Season 5 but also dug deeper into the history that runs through it like blood. This is trickier than it looks; one data dump too many and the Iron Throne belongs to King Basil of House Exposition. Instead, we’ve been tickled with a few stray mentions of Prince Rhaegar, a little dragon-riding 101, and a passing reference to the Stone Men, and suddenly we’re in business.

Clearly Benioff and Weiss are doing something right, because how else can you explain my love of “Kill the Boy” despite its lack of Arya, Bronn, and Cersei? And considering that it positively reeked of Theon? I can forgive the former, but I can’t believe I’m willing to make peace with the latter. My distaste for the short-lived Prince of Winterfell is well established. I hated the way the show lingered on his endless torture, mainly because of the lack of self-awareness it demonstrated. Why show Ramsay delighting in the lopping off of extra bits when the entire story line itself could have been easily, happily snipped? I’m now beginning to see, though, that the first cut was in no way the deepest. The importance of the Boltons has finally been raised to a level where the fetishistic focus on Theon and his tormentor makes sense. (I’m not excusing what went down — and what came off — in Season 3. It simply didn’t work. But at least I now understand what Benioff and Weiss were trying to do.) Michael McElhatton is so droll as Roose — and he’s complemented so well by Iwan Rheon’s bubbly menace — that he’s now approaching Cersei levels of … wait, do we even have a word for this? It’s not hate-watching. It’s love-hating.

And of all the mean tricks that Martin has pulled over the years, transforming Sansa from a “bystander to tragedy” to a scuba diver in misery has to be high on the list. Is there anyone at that dinner who hasn’t personally shivved a Stark? I was half-expecting Illyn Payne to wander out of the kitchen wearing a chef’s hat, turn toward the camera, and shrug like an actor in a cheesy ’80s sitcom. But I like the way the fairy tale soap operatics of Sansa’s life at King’s Landing has been rewritten here as something grimy, tawdry, and — let’s be honest — not a little bit silly. It’s like the Wars of the Roses as broadcast by Bravo. I mean, Sansa looked like she was attending the Met Ball while cosplaying as Emily the Strange — and her big moment involved taking a long walk down a dark kennel! (Come to think of it, it was a big week for poor examples of pet ownership. Is one measly nobleman really enough food for two growing dragons?) As much as I want Theon to beat Ramsay to death with a decanter and for Brienne to do to Roose what he once did to Robb, I’m not in any hurry to see this delicious bitch-fest come to an end. 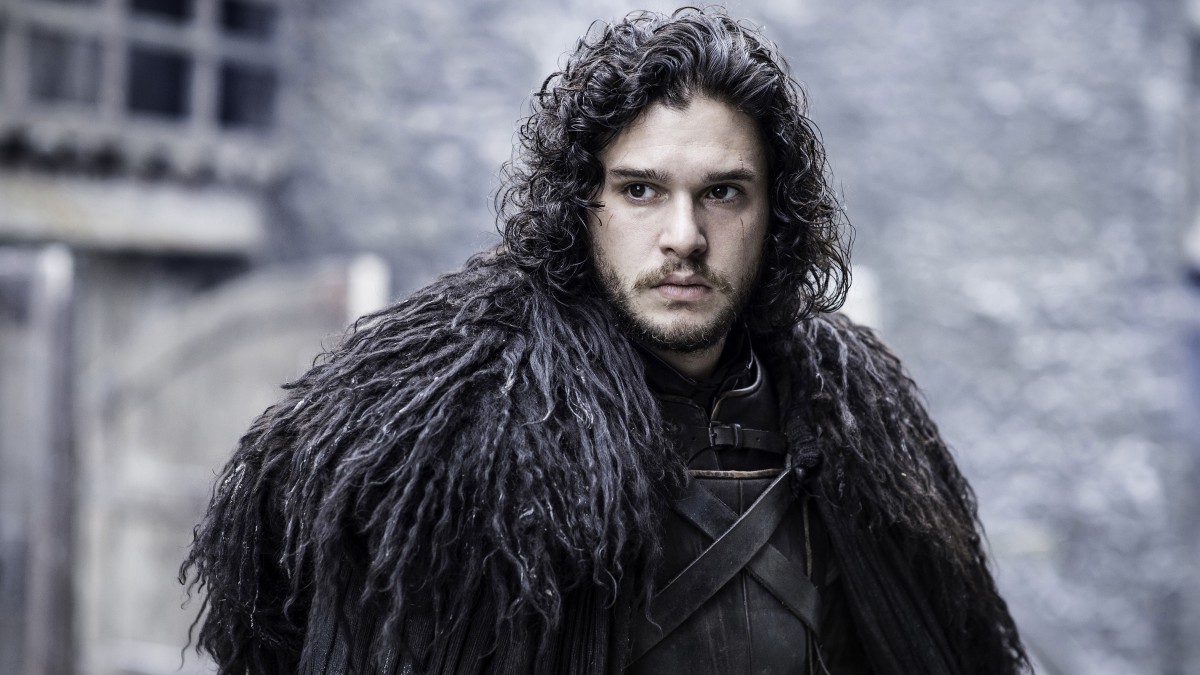 Besides, greater threats lurk far beyond Winterfell. At Castle Black, Jon and Stannis are finally ready to start talking about the White Walkers again. (And to mention that winter is, you know, coming. They said it so much this episode that I wondered if HBO was worried about losing its trademark.) And not a moment too soon! The intramural human warfare on Thrones is undoubtedly what makes it interesting, but the supernatural threat coming from the beyond is what makes it urgent — and, likely, what will ultimately bring it all together. Turning the once-fearsome ice ghouls into a subzero version of this simply isn’t good for the drama.

But just as the scope of the production forces some situations to develop slowly on Thrones, other plots are forced to move awfully fast. The political situations at the Wall and in Meereen turned on a dime this week. First, it takes Jon Snow and Tormund about five minutes to hash out the peace plan that evaded Stannis and Mance. Why? Well, shared history does count for something. But so, too, does dispensing with titles and finery and speaking of shared humanity. Jon doesn’t want more people to die for no good reason — especially since the dead are the ones coming to kill them all. Now, do I buy that Jon could so easily break the Night’s Watch from millennia of what Time’s James Poniewozik smartly called “mission creep”? Not necessarily. But I’m so gung ho about the general not-evilness of Team North (Good King Stannis, Savvy Emo-Lord Snow, and Tormund, the Not-At-All Gentle Ginger Giant) that I’m willing to overlook a few shortcuts.

A continent away, though, I was less sold on Daenerys’s quick change. Partly this is due to the fact that her problems, while messier, aren’t as difficult as she’s made them out to be. Opening the fighting pits isn’t rocket science. It is literally opening a pit where people fight. (Look, if Antonin Scalia and Elena Kagan can each enjoy Veep, surely slaves and their former masters can bond over some good old-fashioned kumites.) And furthermore, I was pretty into the idea that Daenerys — who is as close as this show comes to a hero figure, both to viewers and to Westerosi refugees like Varys, Jorah, and Tyrion — was slowly being revealed to be pretty awful at her job. Yes, she has dragons and an admirable position on human bondage. But she’s also a messianic teenager with a thing for bad boys and horse hearts. If you can’t safely follow her into an alley, why would anyone choose to follow her across an ocean?

But in this riveting fifth season, Game of Thrones is proving itself to be as interested in the possibility of positive change as it is in the destruction of easy tropes and fan-servicey hopes and dreams. Burned by direct confrontation, Brienne is now trying a more subtle approach. Exhausted by tradition and bureaucracy, Jon Snow is blazing a new activist trail. And with allies and supporters dropping like flies, Daenerys is using her image and reputation for more than just symbolism. Marrying the dopey Hizdahr zo Loraq (he speaks for the Meereenese!) is a canny inversion of the Sansa story line. No longer can Daenerys be a bystander to a slow-burning tragedy of her own making. She has to put her actual skin into the game if she has any hope of winning it. Or, as the ghosts of Valyria might say if anyone were listening, you have to make history before you’re consigned to it.