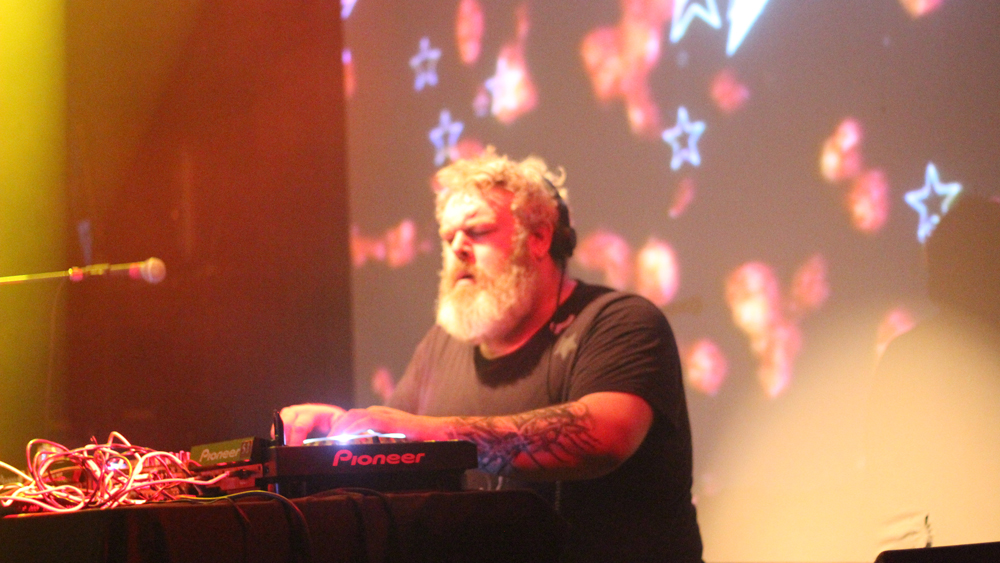 Kristian Nairn is not Hodor. An obvious detail, sure. But, as I watch Nairn trundle out onto the stage at New York City’s Irving Plaza (which, considering how hard the air conditioning was blowing, may as well have been north of the Wall), it’s a detail worth keeping in mind. Behind him hangs a screen upon which a looping video is projected, showing a longsword plunging into a writhing bouquet of flames. Those images dissolve into a woman clad in golden armor, doing sort of a Vogue-ing hand dance, as the words RAVE OF THRONES rise from the fiery glow. The crowd, an eclectic mix representing the center of the Venn diagram of EDM fans1 and Game of Thrones fans — finance bros in tucked-in gingham shirts, college kids in capes and crowns and Stark colors, a smattering of neon bracelets and tie-dye, Burning Man refugees getting warmed up for the playa, a woman wearing a black bustier and a pair of dragon wings who I was later told was a reporter for the Daily Mail — chants “Hodor, Hodor, Hodor” in time with the downbeat.

Kristian Nairn, who is not Hodor, is nearly 7 feet tall. He’s wearing a black T-shirt (that could double as a Manhattan studio apartment) and clear, plastic-framed eyeglasses. He puts on a pair of black headphones and — one-two, one-two — gets on the mic to thank everyone for coming to the show. Then he drops the beat. The audience roars.

Kristian Nairn is not Hodor. His vocabulary, for one, displayed just in his cursory opening remarks, is a dead giveaway. As are his movements: head bouncing in time; hands moving confidently from knob to fader, rising in the air to foreshadow a drop. Midway through the set he drops the vocal track to Dave Armstrong’s remix of the Pointer Sisters’ 1985 top-40 hit “Dare Me” onto a pulsating keyboard riff — pure house music, this — mouthing the words to the chorus as it slams back into the beat. 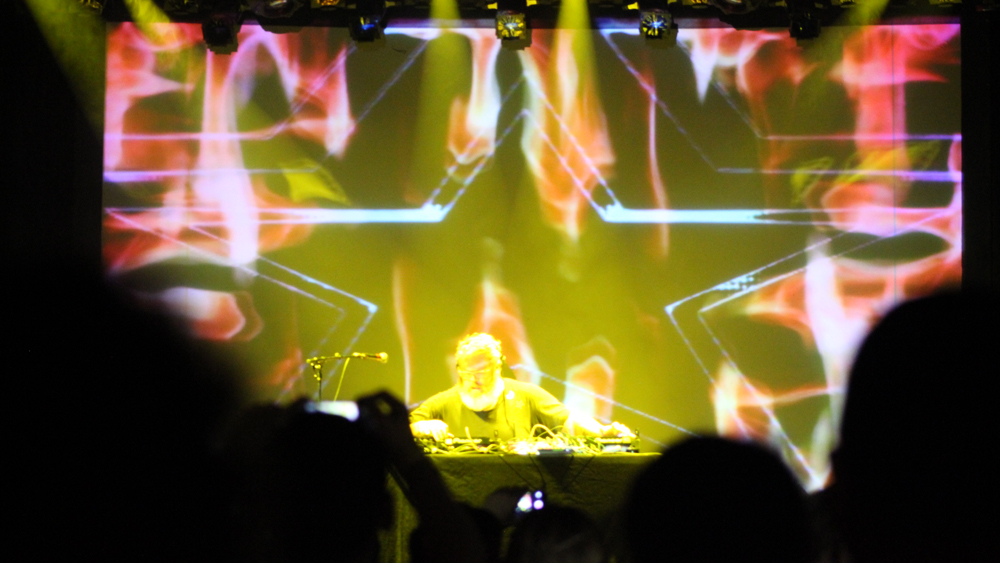 It’s a strange thing, seeing a favorite television character slip past the fourth wall to appear in full corporeal enormousness, like a serene hillside, in regular old reality. Kristian Nairn is not Hodor. But the audience members, considering that they are likely, to a person, fans of Game of Thrones, and that the name of the tour is Rave of Thrones, can be forgiven for suspending their disbelief in the distinction. This kind of existential typecasting is a common quandary for the television performer lucky enough to find himself in a hit show, to say nothing of a show that’s an international phenomenon. And, surely, an actor being equated with a fictional character in his everyday life must be a minor check mark in the NEGATIVES column of a career in entertainment. It’s firmly outnumbered in the tally of POSITIVES by things like money, fame, easy companionship, and the opportunity to DJ at venues all around the world where people know you, and indeed see you, primarily as the person you play on television.

At any rate, Nairn is quite used to disregarding people’s definition of him.

“I remember when I got the gig with Game of Thrones,” Nairn told me over the phone a few weeks before the show. “People were like, ‘Oh my God, he’s a DJ, he’s a musician, he can’t act. It’s gonna be shit, it’s gonna be a fucking disaster.’ Then I proved them wrong and I’m still here after six years. Now the people who know me as Hodor, they go, ‘Oh, he’s a celebrity DJ.’ And I’m, like, REALLY? I have to do this all over again? I keep explaining this to people, I can do more than one thing. When I started Game of Thrones, the first three seasons, I still DJ’d every night before I went on set. I’d finish DJing at 3 a.m. and have to be on set at 5 a.m. I would like to see any of these other celebrity DJs, or even these hipster DJs who don’t like celebrity DJs [do that]. They don’t have that fucking kind of staying power. I’ve been out there before all of them. I’m not saying I’m the bee’s knees. But I am a legitimate musician.”

Nairn’s first instruments were the piano and the pipe organ. In his teens, he moved on to the guitar and a “total metalhead” phase. “And I’m still very fond of the guitar,” he told me. “I still play every couple of days, when I have time. I’m 39 years old, I’m not in a coffin yet, maybe before I hit 60 I’ll be in a proper metal band.”

The ’90s were a rich time for electronic-based music in the U.K., ushered in by the 1988-89 Second Summer of Love of big bang that birthed acid house and the semilegal dance parties of the burgeoning rave scene. The movement splintered into myriad styles and economic imperatives in the mid-’90s as the quasi-hippie rave culture emerged from its cocoon to cross-pollinate with other genres and ideas, begetting drum and bass, jungle, garage, trance, ambient, et al., each with its own aural textural trademarks. But it was the big piano chords, R&B vocals, and incessant four-on-the-floor thump of house that he heard in the clubs that first got him interested in DJing.

“Most of the clubbing I did was gay clubbing. And in those days gay clubs were slightly more progressive … they were actually way ahead of curve. These days I think it’s the opposite. One night, I saw [the late hard house pioneer] Tony De Vit. That night changed my life. But that was a night that made me want to be a DJ. I saw what effect DJs could have on people. And how much fun he was having. It was kind of, yeah I want to do that.”

As arguably the most famous openly gay Northern Irelander, Nairn is well aware that he has the platform to do quite a bit more with his Game of Thrones fame than book DJ gigs around the globe.

“It galls me that [Northern Ireland] is the only part of the U.K. who don’t have equal marriage rights.2 It’s deeply embarrassing as well. Because I’m so proud of Northern Ireland in so many ways. I’m so proud of our people because of all the shit we’ve come through over the years. And, yet, after all these years we still have, like, the cast of Jim Henson’s Muppets in government. They still try to keep us 20 years behind everyone else. They’re complete self-serving shysters. I will get more involved — I’m a patron of a local charity here.3 We’ve been through enough here. We’ve had enough segregation here. We’re just getting over it.” 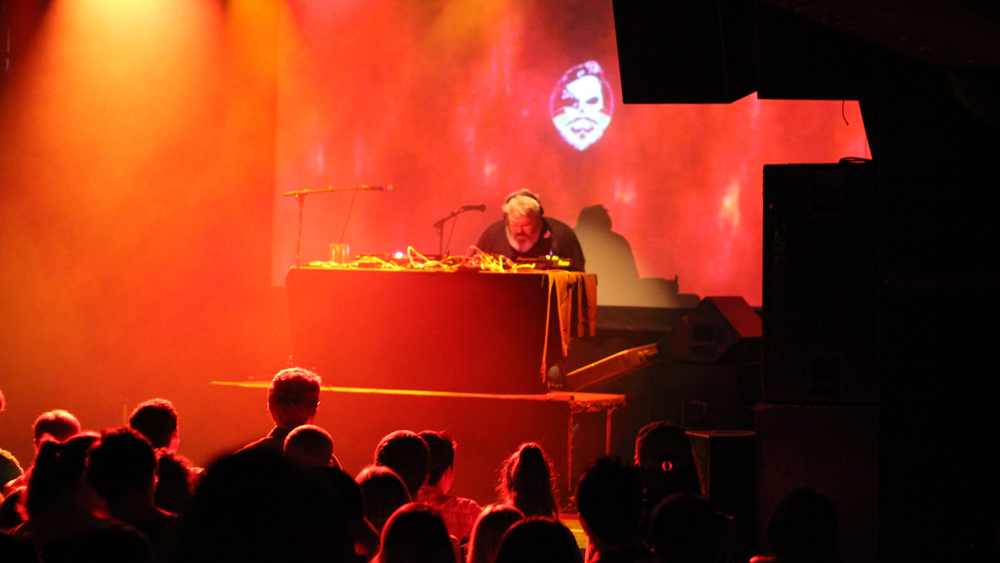 “This is going to be my last song,” says Nairn over the mic in his sing-songy brogue, after about 90 minutes. “Thank you so much for coming out tonight.” The crowd makes a sound that’s half a cheer and half an “awwww.” He lets the last beat roll and steps out from behind the decks. From the side of the hall, I turn to look at the audience and suddenly he’s among them, at the foot of the stage, surrounded by the glow of smartphone screens, posing for photos as the bass drum thumps away, tireless.

After the show, Nairn’s publicist invites me backstage. Kristian is holding court on the end of a battered couch, clutching a throw pillow and looking like a giant semi-magical koala, ringed by various well-wishers. A group of guys from Dorne — sorry, Spain — is congratulating him on his set, the most vocal of them wearing a shirt with a Stark direwolf printed on it that reads “King in the North.” I wait my turn while looking super casual and relaxed by staring at my phone. Finally, I get to say hello, my hand disappearing into his gigantic paw. He’s sitting and yet his gray-haired head comes up to about my chin, looking like a carrying case for a normal human head. Most of the people I’ve been around whose physical stature could be fairly described as gargantuan approach life in the clouds in one of two ways — either they totally own it or, weary of always standing out, they go through life trying to fade into the background. Nairn splits the difference; he’s the most approachable 6-foot-10, god-only-knows-how-many-pounds man you can imagine. He manages to be unapologetically hulking while simultaneously radiating gentleness.

I thank him for the interview, now several weeks old, which he doesn’t quite remember and that’s fine.

“Do you want to get a photo?” his publicist asks me.

Are you kidding? Of course I do.4 I sit next to him and it’s as if I’m sitting in the shade of a tree. Imagine Game of Thrones showrunners David Benioff and D. B. Weiss’s luck — not only did they find a person who is the right size and natural temperament to play the Stark’s good-natured-but-simple stable boy, but they found him in Northern Ireland, essentially right on location. They must’ve looked at him and thought — just like I can’t stop thinking now — “Yeah, that’s Hodor.”

Filed Under: We Went there, TV, Game of Thrones, kristian nairn, Music