‘Bachelor in Paradise’: The Heartwarming Romance Between Evil Joe and Samantha Begins 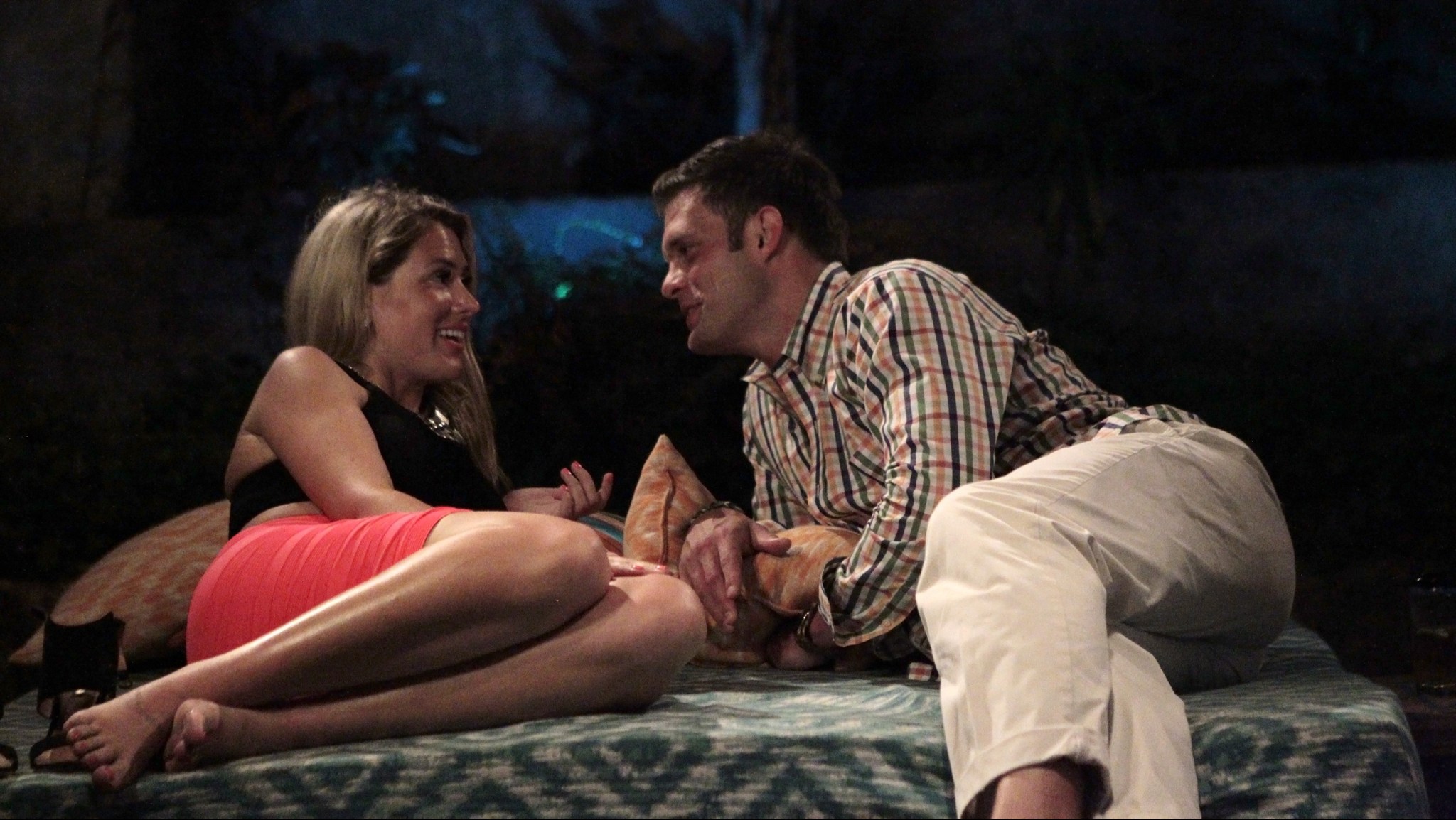 In 2002, British satirist and Black Mirror creator Charlie Brooker coined the term “reality joker” in his “Screen Burn” column for the Guardian to refer to those heroes who purposefully make asses of themselves knowing a show’s producers can’t help but use such outrageous footage. At the time, it was still a novelty to disrupt the churning machine of televised entertainment for personal gain. Now, it’s a full-fledged career path that can carry you well into middle age. Or can it?

“You’re 36 and on a reality TV show. Who can take you seriously?” asks Joe — back against the wall, knowing his clumsily executed plan to have intercourse with anthropomorphic mop Samantha was teetering on the edge of collapse — to nice guy Dan during a casual stroll on the beach. Dan was the only one man enough to call out Joe for his shabby treatment of Juelia, but because he’s “old,” his opinion on the matter is rendered invalid.

If Dan had a modicum of wit about him, he’d respond to Joe’s inanity by asking him if he felt that pantomiming as a bad boy on command like an otter begging for fish scraps at SeaWorld was worth taking seriously. Or better yet, he could have asked what exactly is the retirement age for a reality TV star. Ashley I. and Joe are so concerned with the number of years their competitors are packing that there must be a cutoff us normies just aren’t aware of.

If you truly believe that 36 is too old to be hamming it up on reality TV, then have a chat with Susan Boyle. Or Millionaire Matchmaker Patti Stanger. Or the dad from Little People, Big World. Or Jax from Vanderpump Rules, who has the baseball-glove face and thousand-yard stare of a man firmly ensconced in middle age. Appearing on reality shows isn’t that different from playing goalkeeper in soccer. You can do it as long as someone is willing to pay you for your services.

When not questioning the validity of adults getting paid to kiss each other on camera, Joe spent most of the episode “villing,” an esoteric term that I gather Bachelor franchise cast members use to refer to the act of engaging in anti-social behavior for the purposes of getting more screen time. And boy has Joe separated himself from the pack by going “full vill” on Juelia. He alienated the entire cast by ditching the virtuous single mom of the group for Samantha, who arrived in Paradise wearing some godawful pants that made her look like a “sexy genie” Halloween costume model.

Sam and Joe’s master plan to up their personal appearance fees by getting the producers to give them bigger story lines finally came to fruition when Sam immediately handed Joe her date card. Their date was to act as models in a “hot body photo shoot” for People magazine. At last, a hot body photo shoot in People magazine! For too long has People shunned hot bodies in favor of not-hot bodies. Surely there must be room within its hallowed pages for bodies that are suitably hot. Leave it to Bachelor in Paradise to blaze trails through popular culture.

What followed was an interminable montage of Sam and Joe dry humping each other interspersed with images of Juelia crying meant to enrage us further. “I think he got excited in more ways than one,” Samantha said of their encounter, while the camera helpfully lingered on the crotch of Joe’s pants, leaving no room for confusion. If Joe can really get that “excited” while surrounded by cameras, PA’s, and sweaty Teamsters, then he just might have a second career for himself once he ages out of being on The Bachelor.

In lieu of anything interesting happening this week, the Bachelor in Paradise B-team took turns giving us updates on how their love journeys are going so far. With also-rans Jonathan, Mikey T., and Michael gone, the rest of the boring couples can focus on being boring without undue interruption.

Carly and Kirk remain hopelessly in love, despite Kirk’s convenient bout of chastity. Kirk, knowing Carly was ready to go “all the way” with him, spent most of the televised portion of their date fretting over whether or not he’d settled on her too soon. Kirk’s fears were mollified after talking to Carly’s brother over the phone on the day of his wedding, which she was missing to be in Paradise. Just a few soothing words of encouragement from Carly’s newlywed sibling were all it took to get Kirk in the mood to have sex with Carly.

Yet more fine love advice from the Bachelor franchise. Having a hard time sealing the deal with your significant other? Call up a relative. Doesn’t matter which one, but preferably one in a committed relationship. After 15 minutes of idle small talk and a few banal platitudes from someone who remembers when you still wet yourself, you’re guaranteed to be “excited in more ways than one” before the next commercial break.

In addition to bobblehead Samantha, Megan joined the cast last night. Megan is yet another person from Chris Soules’s season to arrive in Paradise that I don’t remember. Apparently, her gimmick is that she’s an idiot — watch her mispronounce “sombrero” and get lost in town despite being chaperoned by a camera crew! — which comfortably fills the gaping hole left by newly eliminated cheese sculpture Mikey T. Megan immediately hit it off with nice guy Dan, who might not be so nice, since he’s one of Clare’s extension hairs away from ditching Ashley S. She’s conveniently begun exhibiting eccentric behavior again, just in time for someone to take her man.

This would be another crushing blow for Ashley S., after flaming out during Chris’s season and suffering the indignity of being called crazy on last week’s episode of After Paradise. It should be no surprise that a person who derives immense pleasure from conversing with inanimate objects would have a difficult time finding love. But she’ll always have a home in the Bachelor franchise, as long as she doesn’t mind playing the reality joker role for our amusement. After all, she’s only 24. She’s got at least 12 years of televised dating left. 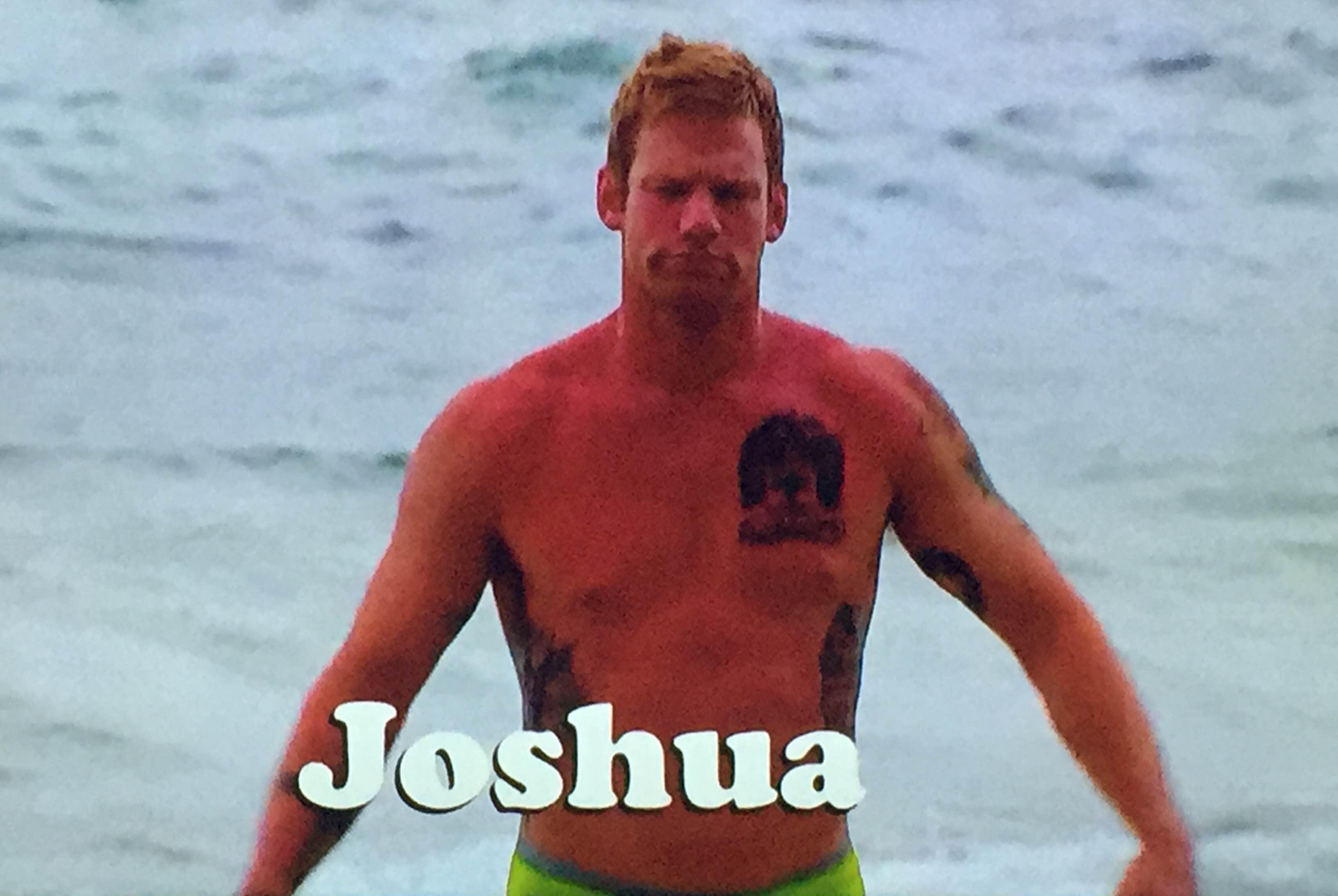 Let’s look past Josh’s crap tattoos for a moment and instead gaze into the true heart of the man to find out “How’s Joshua?” How is Joshua? Last week was pretty crazy for him. He told some lame Molly stories that freaked out the suddenly modest, law-abiding cast members of Bachelor in Paradise. This drove a strong wedge between him and Tenley. Did she really want to date a guy who would do DRUGS?! How did our man bounce back after such turmoil?

Giving a friendly massage to Juelia, of course. We didn’t see how this awkward, George W. Bush-esque interaction began, but I’d like to imagine it kicked off with Joshua whispering, “May I touch you?” before his fingers tripped the light fantastic all over her back and side carriage. Does this foreshadow a love match between these two second-tier contestants? Only if Joshua is willing to curb his hard-partying ways so that he can be a father to Juelia’s latchkey daughter who has the rare treat of seeing her mom hook up with strangers every week.