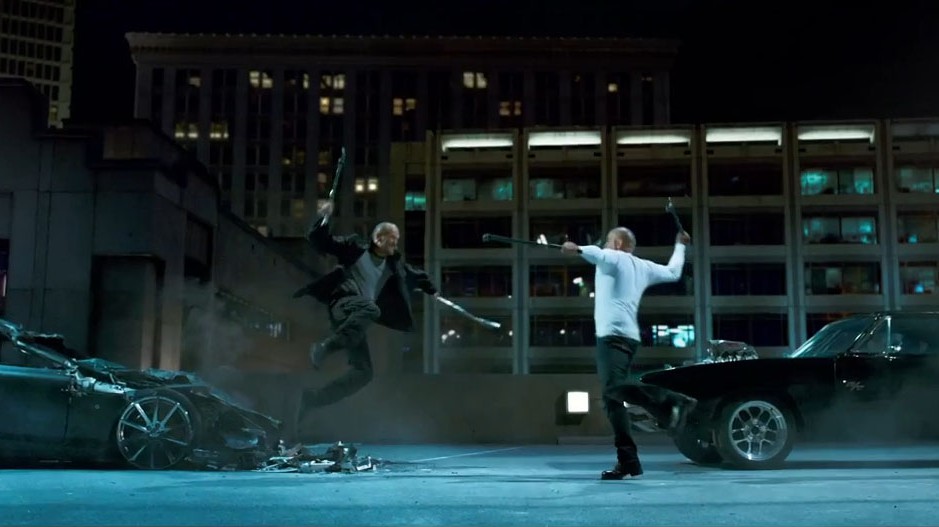 Welcome back to the weekly official Furious 7 box office report, where we mostly stand jaws agape in breathless wonder at the metric shit-tons of money Vin Diesel’s juggernaut has made — and occasionally mention other movies, where appropriate. Take a guess at what led the domestic box office this weekend, adding $29 million to its massive $294.4 million total. If you need a hint, it rhymes with — no, screw it. You don’t need the help.

So that makes three wins in a row for Furious 7, with a shot at a fourth next weekend. Unfortunately, one film making all the money isn’t exactly gangbusters for the box office’s overall health: This weekend it’s down 15 percent compared to 2014, when Captain America: The Winter Soldier was taking its own extended victory lap(s). But in this case, you can probably blame that on Furious 7’s backup singers; the other new movies on tap didn’t exactly give us much reason to see anything else. Don’t fret, though: As you can probably tell by all the salivating over the new Star Wars trailer, the rest of 2015 won’t be short on supernovae blockbusters. So now might be a good time to call your local multiplex to set up automatic withdrawals from your bank account.

As of Sunday, $1.153 billion worldwide. What else is there to say? What new encomiums can box office pundits heap upon Furious 7? What mind-boggling shattered records can we raise our voices to heaven in praise of? By Friday, Furious 7 had already become the fastest film ever to go from zero to $1 billion worldwide, clocking in at just 17 days. It’s also now the seventh-highest-grossing film in history. It has earned $250 million in China alone and in all likelihood will become the no. 1 film of all time there. True, Furious 7’s gas tank is tipping closer to empty than to full. And that freight train whistling in the distance? That’s Avengers: Age of Ultron coming to grab us by the ankle and shake violently until every last dime bounces from our lint-filled pockets. But for the moment, Universal, live it up. Keep rereading that microphone-dropping note that Ron Meyer posted before the weekend and then wrap yourself in a quilt stuffed with $100 bills.

Rationally, I know that by the numbers I should give Paul Blart: Mall Cop 2 a win. It came in at a respectable no. 2 this weekend with $24.7 million domestic. Sure, the original Paul Blart popped a surprise Segway-wheelie, opening to $31.8 million in January 2009 and ultimately making $146 million on a super-saver budget of $26 million. But the studio wasn’t expecting much more than $16 million out of this sad, soulless little sequel. And it only cost $30 million to make, so it will edge its way into the black soon enough and make a tidy profit once all the “ultimates”1 are considered. Objectively, by any reasonable financial metric, Paul Blart 2 is a winner.

But I am a human being, not a heartless, numbers-spewing box office automaton. I have emotions and thoughts and feelings. And having earned the ignominy of a 0 percent rating on Rotten Tomatoes, Paul Blart 2 is the embodiment of everything wrong in studio decision-making. No one wanted Paul Blart 2 and yet $24.7 million worth of us paid to see it anyway. Logic is a hollow, selfish god.

For anyone who takes glee in dwelling on Franco fatigue, Hollywood’s foremost needless antagonizer of hermetic dictatorships took it on the chin, alongside pal Jonah Hill, with True Story, which elicited shrugs at Sundance this year. It earned $1.93 million from 831 screens for a yawn-worthy $2,232 per-screen average. But don’t worry, Loyal Franconistas, the Great and Powerful James has approximately 10 million more projects lined up for 2015 alone.

Of course, if you want an honest-to-god winner that doesn’t include supercar-jumping pyrotechnics, you can always turn to Jason Blum. The grandmaster of budget-conscious horror did it yet again with Unfriended, a horror film that literalizes the metaphorical terror I feel whenever I check my Facebook feed. Unfriended not only managed to squeak by with a “Fresh” rating on Rotten Tomatoes, it nabbed third place this weekend with a $16 million opening. Compared to Furious 7’s billion-plus that’s minuscule, but Unfriended cost a paltry $1 million to produce. So not only can Universal’s Nick Carpou gleefully notch more zeroes next to Furious 7’s returns, he also gets to walk around boasting “How many pictures make 16 times their production budget?” These guys.

Lastly, the weekend had one genuine and cringe-inducing bomb, the film adaptation of best-selling Soviet-era murder mystery Child 44. Sadly, despite packing the roster with high-caliber acting talent — Tom Hardy, Gary Oldman, and Noomi Rapace — it landed like an ICBM with $600,000 from 510 theaters on a $50 million price tag. Even hot-thing director of the moment Daniel Espinosa apparently couldn’t overcome the drama-killing power of a bad Russian accent. With an opening like that, the Motherland didn’t need to bother banning it. But, of course, they did. Nasdarovya!

‘Game of Thrones’ Season 5, Episode 2 Recap: ‘The House of Black and White’

Get ‘Barter’: How Young Thug Remade the Style, Sound, and Soul of Lil Wayne