The Call Is Coming From Inside of Skype: The Tech Terror of ‘Unfriended’ 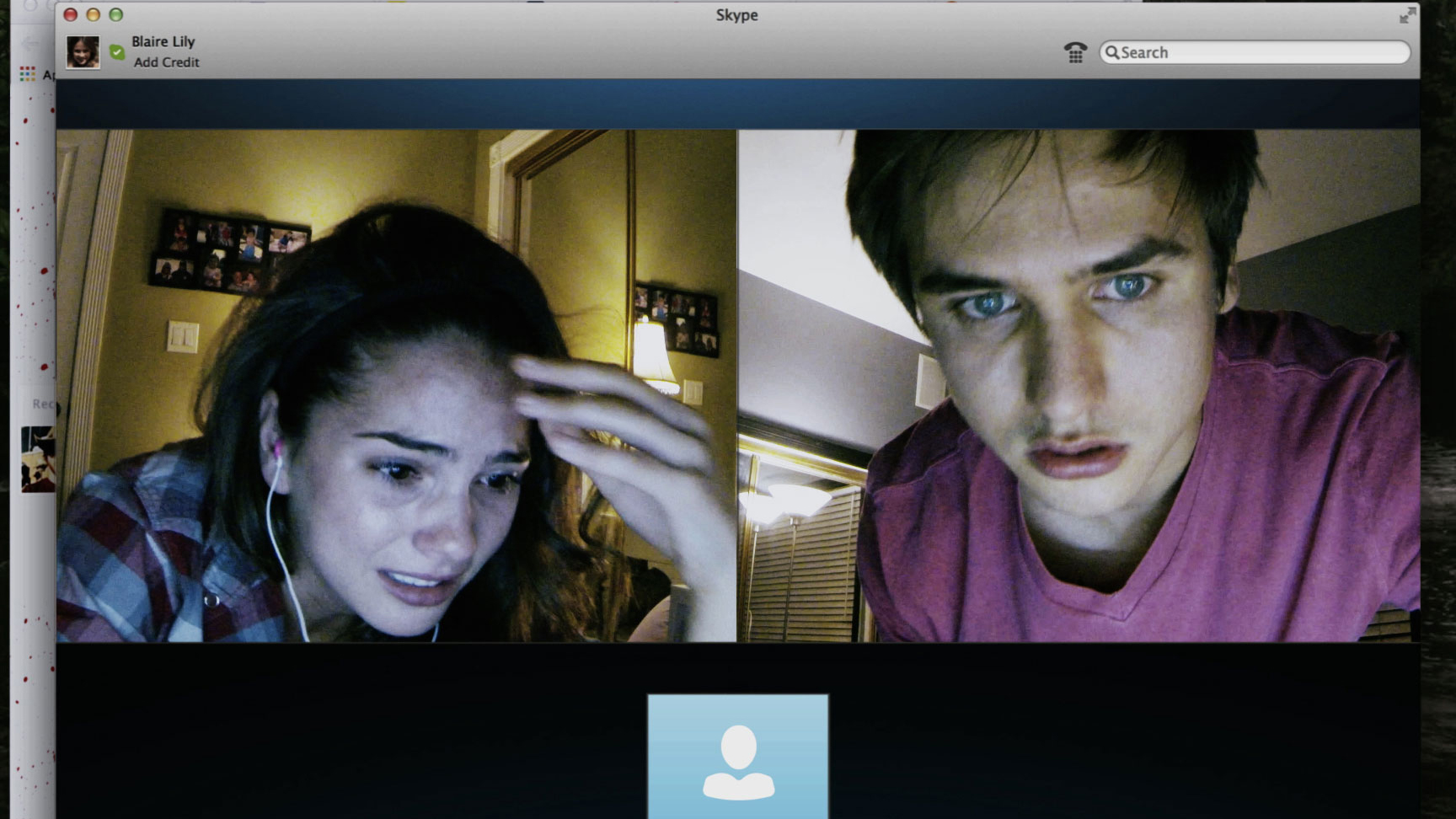 We all have those annoying friends on Facebook. They’ll tag you in unflattering pictures, they send too many messages, and they get touchy when you unfriend or unfollow them for doing so. But the new teen-horror flick Unfriended proves that the worst kind of Facebook friend, beyond the new moms and racist old high school friends, is probably a revenge-obsessed ghost.

Unfriended centers on teenager Blaire Lily, her boyfriend, Mitch, and their three friends during a typical Skype call. It’s the anniversary of their friend Laura Barns’s suicide; she was driven to kill herself after being cyberbullied for an embarrassing, drunken video of her that ended up on YouTube. Laura’s ghost has worked her way into each of the characters’ computers, hell-bent on figuring out who wronged her and making them pay for it.

Any intelligent person would just get up and walk away from their laptop, but the teenagers are tied to their video call because of Laura’s threats: She wants them to answer her questions in order to prove their innocence. If they don’t oblige, they get killed off, one by one. Unfriended is an effective traditional slasher flick, albeit one in which the core group never splits up: They’re physically isolated but in constant digital contact. But even having their BFFs with them on webcam doesn’t negate the fact that each of these teens is hopelessly alone in the face of this ghost. And while the scariest part of the film is the killings themselves and the overall terror Laura enacts, a large part of what makes Unfriended delightfully stressful is how it uses the glitches of familiar apps, websites, and digital interfaces to build discomfort within viewers.

Unfriended feeds into a lot of natural fears around the Internet: nude pictures being leaked, a hacker trying to make aggressive contact with you, suicide-inducing cyberbullying, etc. But this is also a movie about watching a computer simply fuck up over and over. The film plays literally as a static recording of Blaire’s Mac desktop screen, following her cursor movements, her typing and retyping, and all the kinks in her browsing. We see her bookmarks (Free People, Jezebel), her iCal alarms for studying, and her trying to get it on with her boyfriend over webcam. The movie also seamlessly re-creates Facebook, Spotify, Safari, Chatroulette, iMessage, and Skype, using all of them to horrific and comedic effect.

The ghost of Laura Barns manipulates these apps to confuse her victims. Knowing the extent of this manipulation requires an audience who knows how these apps function, therefore knowing what constitutes as “weird” in this digital landscape. When Laura’s ghost uploads a series of jeopardizing photos of the character Val on the account of another girl, Jess, the latter can’t seem to delete them from her page, citing an inability to find the removal button. In one scene a character is revealed to be lying, and Laura cruelly cues up a song titled “How You Lie, Lie, Lie” on Spotify, which Blaire can’t pause or mute. “Exit” and “Unfriended” buttons disappear, mics are tampered with, and Laura types horrible things into chat windows.

Unfriended also makes good use of turning completely normal computer behavior sinister. When the characters download a software program to get rid of Laura from their Skype call, Blaire can’t seem to force-quit her other programs, and a pop-up window proclaims it’s because “file ‘MileyCyrus.SNL.Performance.avi’ is currently in use.” This creates an evil, spinning rainbow pinwheel, only this time, having her computer freeze is posing actual life-threatening problems to the entire group. When Blaire clicks desperately through Chatroulette in one scene to reach a stranger who might help her, she gets the usual suspects: non-English speakers from outside the USA, stoner bros who can’t understand her, and men looking to cyber. At one point a message sent to Laura’s Facebook (inexplicably controlled by her evil spirit) gets a read receipt in less than a second yet no response, which drew a laugh from the audience. When Blaire types and retypes a response to Laura’s ghost regarding the innocence of one of their friends, her hesitance and rephrasing alone gives viewers a clear, unspoken, and unwritten answer to the question.

It’s not the B-movie gore death scenes that make Unfriended squirm-inducing, it’s how it taps in and holds on tight to how annoying the Internet and computers can be, especially when they’re being tinkered with. And the variety in how the film uses apps to cause tension and terror, whether it be through terrifying Facebook photo uploads or death threats printed wirelessly, keeps it feeling aesthetically smart instead of like a movie equivalent of one nagging, flashing pop-up box. Every “…” on iMessage is stressful, every Facebook notification horrifying, and everyone’s terrified to download attachments. Hell, even memes have the potential to be emotionally damaging in this movie. Without the traditional mood enhancers that define horror — like soundtrack or cinematography — Unfriended works the discomfort of its players into seemingly innocuous everyday computer software.

‘We’d All Been Bitten, and We Kept Coming Back’: ‘Roar’ Star John Marshall on Making the Most Dangerous Movie of All Time