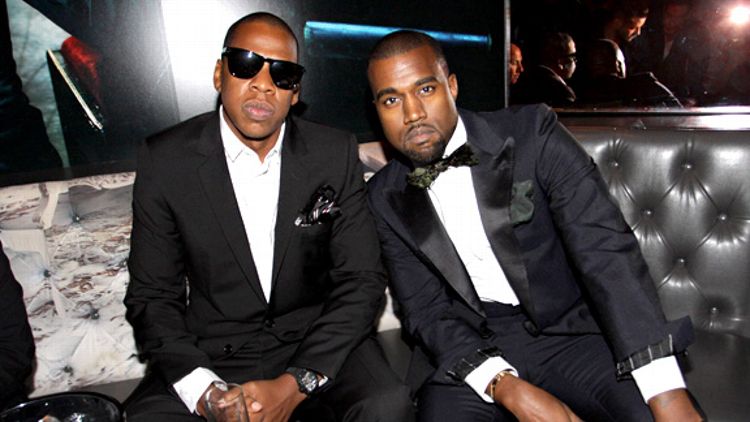 When Kanye and Jay-Z’s Watch The Throne made it all the way to its release date last Monday without leaking, the music industry sat up and spat out its caviar breakfast. How did such a high-profile album stay safe? The answer was the pair’s bonkers commitment to security: They released Throne digitally via iTunes first, so nobody could steal a copy from a warehouse. And Jay-Z and Kanye recorded together only in person and in non-studio settings like hotels and Australian mansions, meaning no tracks were emailed between hackable accounts and no studio hangers-on could get sticky fingers. And most important of all, during the process, Kanye’s engineers saved all the songs to external hard drives that, Billboard reports, “[could] only be accessed by biometric fingerprint readers.” So how did all of this pay off sales-wise?

Not so great! The first-week numbers are now in for Watch the Throne, and while they’re totally fine — 436,000 units sold, giving Jay-Z his twelfth number one album (remember, he’s on the Beatles’ ass) — they’re not quite spectacular. Last fall, Kanye’s My Beautiful Dark Twisted Fantasy sold 496,000 copies in its first week, and the fall before that, Jay-Z’s Blueprint 3 did 476,000 (and both of those leaked prior to their official releases). Which means Throne‘s week-one numbers are pretty much in line with what you’d expect for an incredibly hyped album from the two biggest rappers alive — leak or no leak.

Members of the Def Jam/Roc Nation camps have explained, and will presumably continue to explain, that their anti-leak efforts were more about giving fans a retro communal listening experience than boosting sales. Still, though, they must be a little disappointed today. It turns out music pirates are perfectly cool with waiting until three seconds an album’s official release to download it. On the plus side, though, this means engineers don’t all have to start carrying around biometric fingerprint readers. Unless they want to, of course. Those things sound awesome.

Lady Gaga Practices Self-Love in "You and I" Video