Video on Demand Report: Give Kelso’s Jobs a Chance! 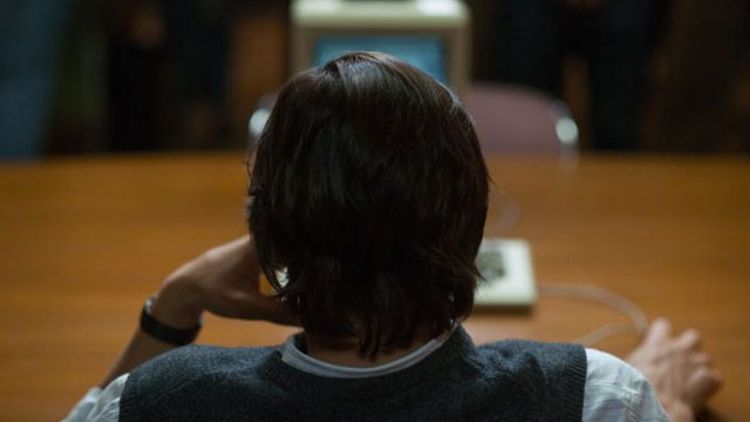 When the same story is being developed into two different movies, there are pros to being first out of the gate. For instance, if the audience has only limited interest in the story, they might see yours just to get it out of the way and then skip the second; your movie gets to set the standard against which the next is compared; some people might see trailers for the second movie and think it’s just yours coming out on DVD or something.

Of course, these are pros in a vacuum. Jobs happens to be the version of Steve Jobs’s life story that was not written by Oscar-winning scribe Aaron Sorkin, and not based on Walter Isaacson’s well-regarded biography, but that does star someone who made his name on That ’70s Show.

Jobs covers a limited amount of Steve Jobs’s life — his college years, his struggles setting up his company and making it a success, and then, after a jump forward, his triumphant return to it in the late ’90s. So if you’ve always wanted to see those moments in a great American’s life performed by a former male model who now makes a living telling dick jokes opposite Jon Cryer, give Jobs a rent!

In this sequel to the surprise geriatric-spy hit, Bruce Willis, John Malkovich, Mary-Louise Parker, and Helen Mirren return, though as in all stories about secret agents, alliances have shifted, and a new pack of enemies is on their trail.

Will it be as much fun as G.I. Joe: Retaliation? Of course not — nothing is. But it’s still the holidays, and if you need a movie to rent that your dad is willing to turn off football for, this could work.

I’ve never known a washed-up race car driver in my actual life, and if movies are anything to go by, this is probably a good thing: They’re all just one bad investment, job loss, or missed mortgage payment away from getting blackmailed into some criminal/automotive scheme or other.

And so it is with Getaway, in which washed-up race car driver Ethan Hawke is induced, by his wife’s kidnapper, to commit a series of crimes in a stolen car. Eventually, he picks up a passenger (Selena Gomez), who is not only the car’s owner, but a hacker and the daughter of a financial whiz. Surprise! It’s not a coincidence. The result is an action-suspense effort that earned a whole 3 percent on Rotten Tomatoes.

Wesley Morris: “If the movie is as much a commercial for the Mustang Shelby GT500 as it appears, be sure to ask your dealer for the model that’s indestructible, bulletproof, and never runs out of gas.”

The Smurfs did well enough upon its release in 2011 that a sequel has been produced, partly to revive a nostalgic ’80s brand, and partly to be a vehicle for vocally stuntcast performers like Katy Perry, Mario Lopez, and George Lopez, among many others.

The plot seems sort of beside the point, but: Gargamel (Hank Azaria) is now a successful wizard in France, though he needs Smurf essence to power his magic, so he decides to create a portal … to … you know what? You’re either going to see this because your kids demand it or you’re not, right? There are Smurfs. There will undoubtedly be more in a couple more years.

The Mortal Instruments: City of Bones

Every time I saw the trailer for this one last summer — which was a lot, for some reason — the announcer would get to the part where he’d tout the bestselling novels on which the film was based and I would think, Really? Because I feel like I have a pretty decent grasp on pop culture, but I have NEVER heard of the “Mortal Instruments” books that inspired this movie. I guess something has to take over when the Hunger Games series is done.

Anyway, this thing stars Lily Collins as Clary, who is a Shadowhunter, meaning she has the power to see demons on earth that regular human mortals can’t. She falls in with the other Shadowhunters currently protecting New York, and gets embroiled in the mission to protect the Mortal Cup (one of the titular Mortal Instruments). Along the way, there is also forbidden teenage love and lots of demon fights and stuff — you know, the usual.