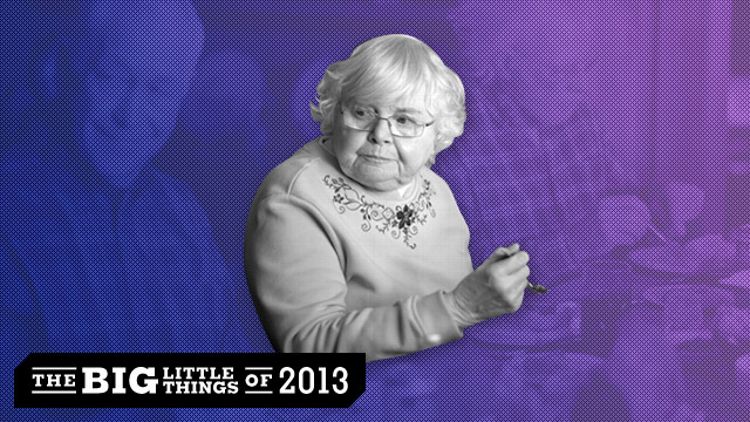 Alexander Payne’s Nebraska was billed as the last great hurrah for the 77-year-old Bruce Dern, and so it has been. At Cannes he won Best Actor; he also received a standing ovation that he’d later brag to the New York Times outpaced the one his pal Jack Nicholson got at the festival for Payne’s About Schmidt. By three minutes. And while the field is crowded, most prognosticators agree Dern’s performance will almost surely land him his first Oscar nod in some 30 years, his first nomination in a lead role, and quite possibly an actual statuette. There is absolutely nothing wrong with any of that. Even if you’re unaware of Dern’s enduring screen persona as something of a kinetic cad, just seeing him in black-and-white as the nearly mute, nearly defeated Woody Grant is a delight. Then there is the timeless appeal of an old gunslinger making one last stand. Who among us doesn’t take pleasure in envisioning ourselves, when that day comes, standing up as straight and proud and plucky as ol’ Dernsie?

All of which leads me to my one question here, though: How come no love for my girl June Squibb?!

My Anti-est Antihero of the Year

The 84-year-old Squibb stars opposite Dern in Nebraska, as Woody’s wife Kate, and she is, pound for pound, no less a revelation. Maybe you’ve always believed that her work — perhaps as the briefly sentient Helen Schmidt in About Schmidt — was underappreciated. Maybe you’ve always had a soft spot for her recurring character of “Grandma” on The Ghost Whisperer. Me personally — I didn’t know she had it like that. Much credit to Bob Nelson’s tight script and Payne’s slyly compact direction, but goddamn, Squibb doesn’t waste a word. We learn, in short staccato bursts, that Kate Grant is neither merely a joyless nag nor a blaspheming honorer of the dead, nor is she just a sexed-up hussy with an excellent memory of who it was that wanted to get into her pants decades ago or even an unmovable force that will lay down fire and brimstone to defend the ones she loves — she is all of those things. And if you kept the cameras rolling, more than that, too.

At one point, Woody and Kate’s two mild-mannered grown-up sons, played by Will Forte and Bob Odenkirk, break out of character and try to right a wrong for their father by stealing back an air compressor unlawfully appropriated from him years ago. But in their rush for justice, they lift the wrong family’s appliance (Nebraska: Where There Are Apparently Very Many Air Compressors). With Woody his usual taciturn self, it’s up to Kate to deliver the news. And she does this — mid-getaway, the boys still giddy about their Robin Hood act — with a kind of evenhanded, almost indifferent dismissal that is just absolutely spot-on. It turns out the air compressor currently in the trunk of their car belongs to the Westendorfs. “They had some tough times,” Squibb squeaks. “Lost a child. Almost went broke, but they worked hard and saved the farm. Salt of the earth, the Westendorfs. They really didn’t deserve you boys doing that to them.” I know it sounds plain enough. And I also know I haven’t laughed harder in a theater all year.

It’d be a shame to see June Squibb disappear as suddenly as she appeared. Luckily, we won’t: She’s already booked on the upcoming third season of Girls, as Hannah Horvath’s grandma. Me, and all you The Ghost Whisperer fans, are already rejoicing.

Video on Demand Report: Give Kelso's Jobs a Chance!