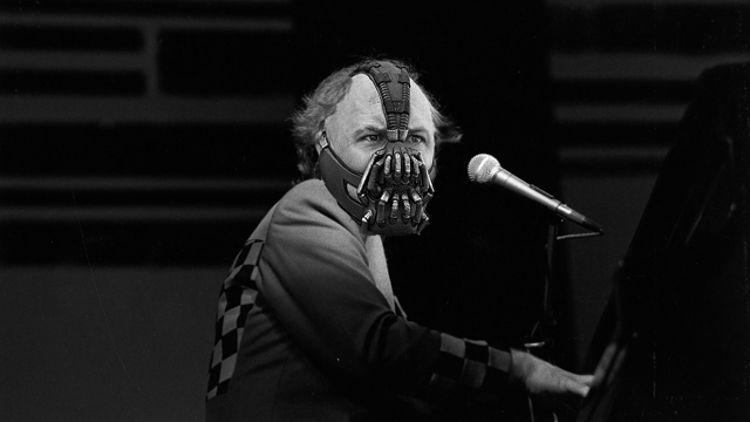 Tom Hardy sure wants to be just about anything but the dreamy action hunk his physique seems to be crying out to play, and good on him for that. He had the interesting luck to spend the biggest movie of his entire career thus far behind a face mask; now he’ll be slipping into a feather boa and shades to play Elton John in the still-in-development biopic Rocketman, as announced in a press release today. More info about the project, straight from the mouths of the dreammakers over at Focus Features:

Much like the man himself, Rocketman is a larger-than-life movie musical spectacle that tells the story of a child prodigy turned music legend. Elton will re-record many of his iconic hits to parallel the emotional beats of the film that will have audiences on their feet, singing along to his much loved music. The film is scheduled to shoot in fall 2014.

You hear that, everyone? YOU WILL SING ALONG, BY THE POWER OF SPECTACLE. Seems like this is going to be a pretty big deal, but the real question is, will Tom Hardy sing? Can Tom Hardy sing? I’m so glad you asked.

That is Hardy as Charles Bronson as David Bowie in Nicolas Winding Refn’s Bronson, Hardy’s breakout role and also an eerily accurate prediction of the arc of his then-blossoming career. And if you can’t wait till 2015 to scratch your Hardy itch, he’s also set to play the title role in next year’s reboot Mad Max: Fury Road, because seriously, who else?