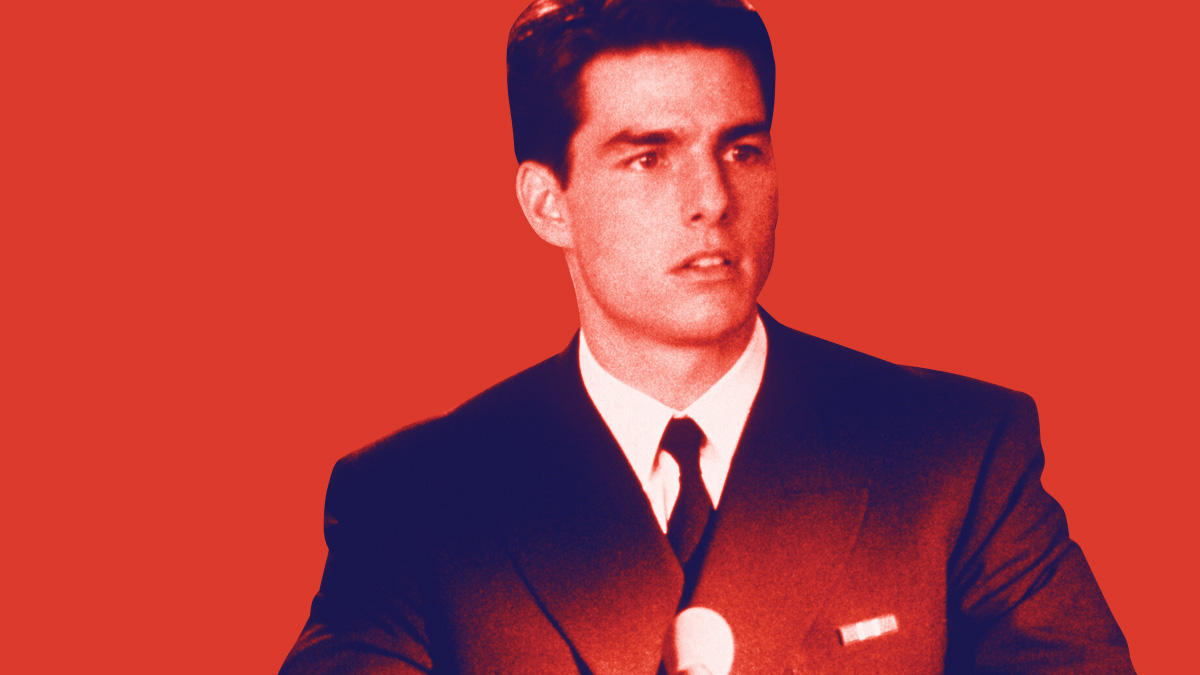 Acting isn’t a competition, but there is something inherently competitive about watching two people share a scene. There may not be a final score, a winner, or a loser, but in some ways the result of watching two actors face off can have more profound and long-lasting effects beyond winning and losing. It can change the way you see an actor. This is especially true for Cruise.

He hasn’t had his lunch money taken, head’s up, in a film since Philip Seymour Hoffman strapped him to a chair and put a gun to his girlfriend’s head in Mission: Impossible III.

Cruise can’t handle the contempt Hoffman has for him in this scene. I can barely handle it. It’s too real. You ever want to really shut someone down? Just say, “It’s not in Paris. Five.” The remarkable thing about this scene — the highlight of what is a largely incomprehensible movie — is how Hoffman seems to be critiquing Cruise as an actor. Everything Cruise’s Ethan Hunt tries — from appealing to Hoffman’s Owen Davian as “a gentleman,” to raging out and threatening to kill him, with some pleading, lying, and stalling thrown in — is tossed back in his face. Hoffman is not amused by any of it. He barely moves. It might be the worst review of Cruise’s career. Thankfully, Hoffman wasn’t in that living room when Jerry Maguire went running through the secret garden to win back Dorothy Boyd — he never would have made it through the door.

This is totally unfounded speculation, but I think this Mission: Impossible III scene made a dent in Cruise. He hasn’t really stepped in the arena since. In his recent movies, he is surrounded by relative unknowns or character actors who know to stay in their lane. I’m not talking about love interests; I’m talking about adversaries. There’s a spark when he shares the screen with Bill Paxton in Edge of Tomorrow, or the assorted British-accented Nazis in Valkyrie, but there’s no fire. No challenge. And the characters he’s been playing over the last few years tend to be walled off; loners (Jack Reacher, Bill Cage), chameleons (Ethan Hunt, man of many faces), and caricatures (Stacee Jaxx, Les Grossman). They like to tussle, but they shy away from emotional confrontations. Modern Cruise prefers to compete against and with inanimate objects or unseen forces — tall buildings, planes, time itself. His days of facing off against actors who could match his star power or push him dramatically seem to be in the past.

Which is too bad. Because on his day, in the right setting — say, a courtroom — Cruise was an absolute beast.

In Tuesday’s second-round voting to determine the greatest Tom Cruise, sometime-IMF agent Ethan Hunt was handily defeated by Lt. Daniel Kaffee, Cruise’s Navy lawyer in A Few Good Men. Justice was done here. This, I think, would please Kaffee. He cared about justice, and he liked to fight.

Unlike a lot of Cruise characters, Kaffee actually has a biography. Of course, A Few Good Men being an Aaron Sorkin creation, this biography was rattled off as a series of bullet points by another character — in this case Demi Moore’s Lt. Cdr. JoAnne Galloway — who has helpfully memorized all the relevant beats of his life.

This Yoo-hoo-sipping jerkoff might not be paying attention, but the audience should — it will come in handy during Kaffee’s final encounter with his nemesis, Col. Nathan R. Jessup, famously played by a buzz-cut Jack Nicholson.

Kaffee was born with a silver spoon in his mouth. He’s never really applied himself, at once coasting on and hiding from the legacy he was handed by his onetime-attorney-general, civil-rights-crusader father. That same father also seems to have instilled in him a great sense of justice. All of this comes into play for Cruise in this final courtroom scene. The actor is famously well prepared, but it’s still amazing to watch him internalize his character’s story and let if flow through him on film in a series of gestures and actions.

If you just read Sorkin’s text, you might think Nicholson embarrasses Cruise in this scene. Even in defeat, he is defiant, screaming, “You’re goddamn right I did!” in the face of Kaffee’s legal sleight of hand. You might even give the edge to Nicholson on your first, or first dozen, viewings of the movie. After all, it’s Nicholson who gets the Sorkinlogue about providing the blanket of freedom. Cruise’s job is to lead him to it.

But there’s more going on than that. A lot more. Watch the Clintonesque thumb jabs, the Nicholsonesque eyebrow acting. This is a kid becoming a man, a bargainer becoming a trial lawyer, a son stepping out of his father’s shadow, and a movie star becoming a great actor. There is so much variance in Cruise’s performance here — whispering, playing dumb, getting pretend-angry to goad his adversary, and then showing his true disdain, and real anger, once he has him trapped.

The oft-quoted Cruise line from this scene is, “I want the truth,” but the real heat seeker is, “You cut these guys loose!” Throughout the film, Kaffee is incredulous about the importance the Marine Corps places on the chain of command. But in the end, when he sticks it to Jessup, we see that it’s not the chain that bothers him, it’s that the respect doesn’t go both ways. The two Marines he’s defending put their lives in Jessup’s hands, and he betrayed them.

Cruise’s intensity has become a meme in our post-turtleneck world, but back then this played like the real thing. This was a character who cared more about softball than the lives of the people he was representing. He was, to borrow a description from Paul Newman in The Color of Money, “a flake.” So when Kaffee turns on the afterburners in this scene, when he finds some previously unseen level of passion and commitment, it’s quite astounding. We see someone transformed, right in front of our eyes. Kaffee is revolted by Jessup’s barbarism, and Cruise shows it, it in every syllable of his delivery.

Nicholson combusts a few minutes later, but it’s all for nothing. Cruise has already lit him on fire. 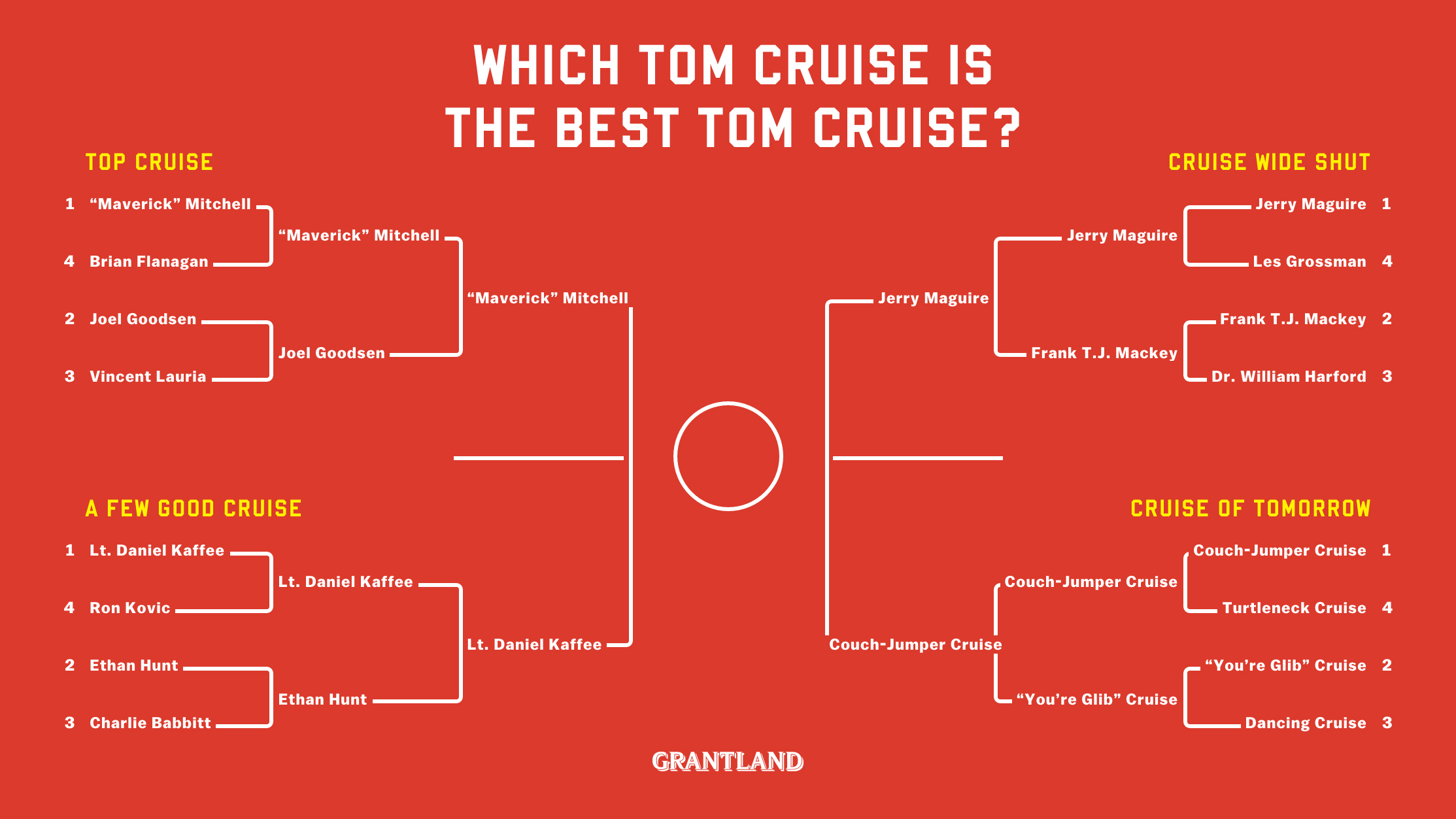