A ‘Mission: Impossible’ Video Essay: The Auteurist Artistry of the Blockbuster Franchise 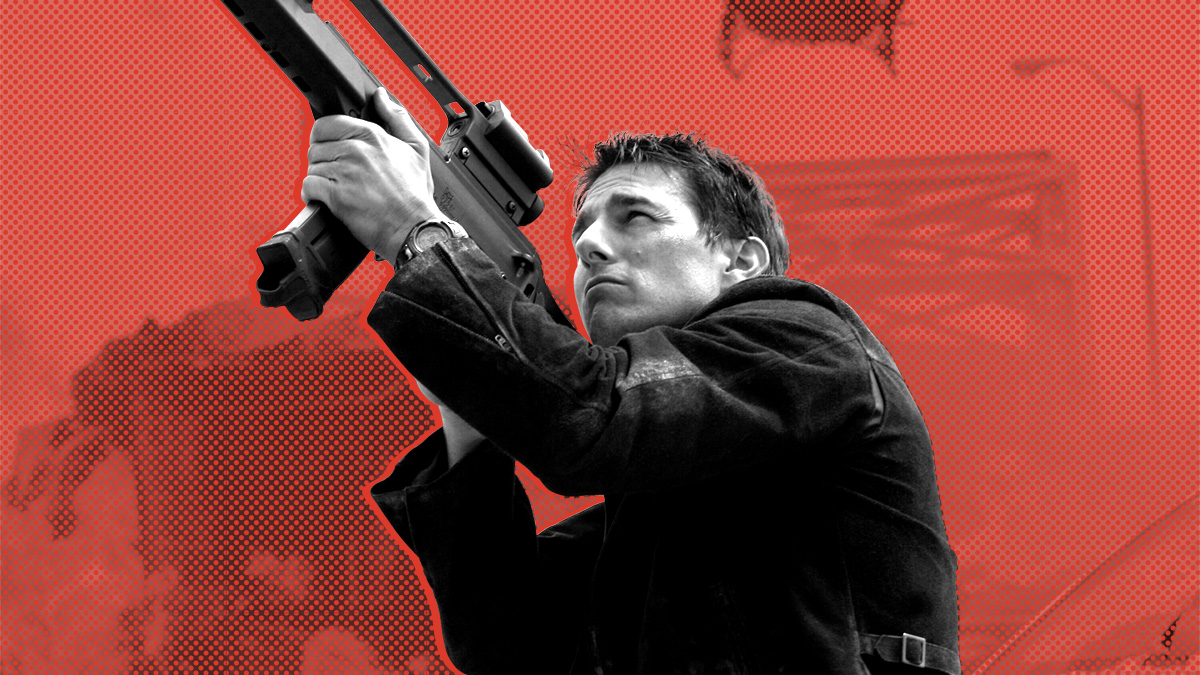 With the release of Mission: Impossible — Rogue Nation, directed by Christopher McQuarrie, Tom Cruise’s long-running franchise now has its fifth filmmaker in as many installments. Usually, that kind of creative turnover is a recipe for artistic anonymity — franchise work executed by hired guns. However, the Mission: Impossible series is the exception to the rule. Each person who has sat in the director’s chair on these movies has brought their own distinctive sensibilities, creating one of the most cinematically provocative blockbuster franchises in recent times.

In the below video essay, Sean Witzke breaks down the influences, themes, and tendencies of Brian De Palma, John Woo, J.J. Abrams, and Brad Bird, as we look at the art of the mission.

After the video, check out a back-and-forth between Witzke and Grantland’s Chris Ryan.

Chris Ryan: Talk to me a little about silence in the first film. That was something I hadn’t really thought about. Movies of this scope are usually so loud, but the first Mission: Impossible really subverts that.

Sean Witzke: The Langley heist makes a point of having no sound over a certain decibel level. So any noise — a rope against metal, a rat walking by — is treated as a danger. Like you said, summer action movies are supposed to be loud and overwhelming. De Palma turns that inside out and shrinks it into this silent room, where every little movement and noise is an event.

After making the video, do you have a favorite entry? Did that change over the course of rewatching the films?

The first one has always been my favorite. I really don’t understand why it isn’t an acknowledged classic, especially now, when people (like me) will bend over backward for every commercial movie someone like Steven Soderbergh, David Fincher, or Ridley Scott makes. De Palma’s Mission … is one of the best. 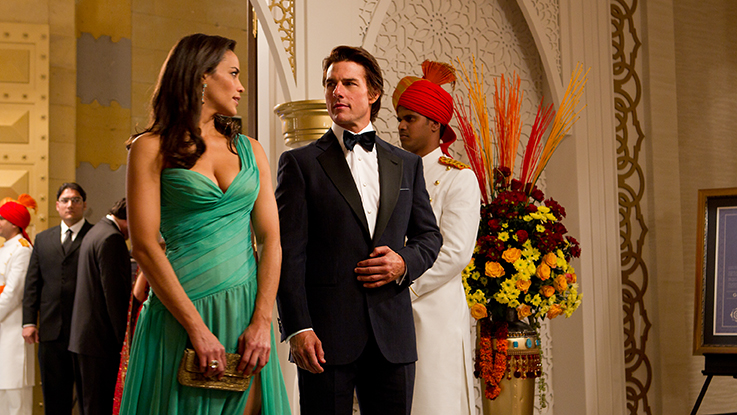 Do you have a favorite M:I set piece? An underrated one?

The opening half-hour of the first film is such a mean little setup and stab in the stomach for the kind of movie you’re expecting it to be. It is like if 21 Jump Street had Channing Tatum die of an overdose in the first half-hour or something. Though it’s not really a set piece — not the way that the Langley heist is. Underrated? I think III’s chase through Shanghai, which takes place while Hunt’s on the phone, is pretty fantastic.

Obviously the directors change in these films, but does the character of Ethan Hunt change? It’s interesting how he’s a bit of Bond — resetting in every film — and a bit of John McClane — someone with a serialized biography.

I don’t think there’s much carried over from film to film, until Abrams started working on them. In III and IV, he’s the same character. What’s interesting to me is that these are the films that saw Cruise turn himself into a franchise. The movies are all snapshots of how he wants to present himself. I think the character in the first two is what’s needed for the film — Bond-style — and then III and Ghost Protocol, you start to get the shape of a person’s life.

Who’s your favorite member of the rogue’s gallery of character actors?

I think Ving Rhames’s Luther Stickell is the big one. He’s the only character who appears in all five movies, other than Hunt. He’s really the only character that’s been allowed to have an arc. He starts off as a disavowed hacker and ends up the only man Hunt can share war stories with. You see it evolve  over the course of the movies. Stickell’s life changes because Hunt trusts him, and with each movie it progresses from professional respect to friendship, which is nice. Simon Pegg is fun, Vanessa Redgrave, Henry Czerny, Tom Wilkinson … All that said, Emilio Estevez is a hero.

Who would you like to see direct future installments? SAY JOHNNIE TO!

Johnnie To would make an amazing Mission: Impossible movie. He’s never done the “Hong Kong guy goes to America” thing. He’d be showing up for the sixth installment, with an older star — that’s his sweet spot. With To, you wouldn’t see them driving up to a cabin to ask Cruise to come back and help them on a case, it’d be more of an emotional reason. Cruise doing Vengeance? It would be unparalleled. To’s already made his De Palma and Woo homages, so he’s directly in the lineage. Other than him? That’s hard, because Tony Scott sadly can’t do it, and David Fincher probably never will (he almost directed 3). Rian Johnson would be interesting, because he plays with genre in the right way, but I think his blockbuster period is going to be all space stuff from now on.