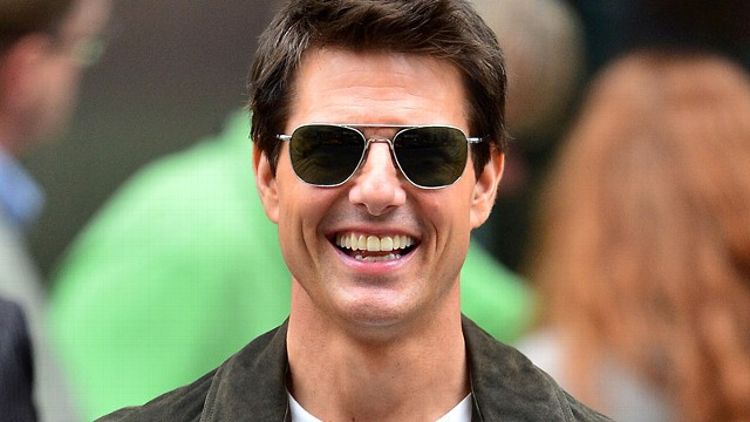 If it seems like Tom Cruise can’t go more than five minutes without signing on to another big-name, possible-franchise project — almost as if he’s foolishly trying to outrun the inevitable, tragic consumption of that fleeting, ineffable life source — well, that’s because he is! Since 2011’s Mission: Impossible — Ghost Protocol more or less righted the wayward latter-day journey of the S.S. Cruise, Tommy has churned out Rock Of Ages and Jack Reacher, filmed post-apocalyptic sci-fi numbers Oblivion and All You Need Is Kill, and all but confirmed a fifth go-round for Mission Impossible. Now he’s got one more project to throw on the pile. Deadline reports:

Tom Cruise is in early talks to star in [The Man From U.N.C.L.E.] … directed by … Guy Ritchie. The original TV series ran from 1964–68, with Robert Vaughn and David McCallum playing Napoleon Solo and Illya Kuryakin, two agents of the United Network Command for Law Enforcement. With gadgets and their wits and charm, they fought the evil forces of Thrush. Warner Bros has long been high on the project, especially when the studio had Steven Soderbergh ready to direct George Clooney in the lead. The actor dropped out because he needed surgery on his neck and back, and he wasn’t up for a physical role. After Soderbergh departed, the studio turned the project over to Ritchie.

Clooney and Soderbergh to … Cruise and Ritchie? Not the steepest drop-off in the world, but certainly a downgrade in class. Now what would be really amazing is if Cruise/Ritchie had to drop off too, and U.N.C.L.E. kept bouncing to the next actor/director pair. Next: Ryan Reynolds/Jon Favreau? Jason Statham/M. Night Shyamalan? Ashton Kutcher/the guy who did The Smurfs movie?