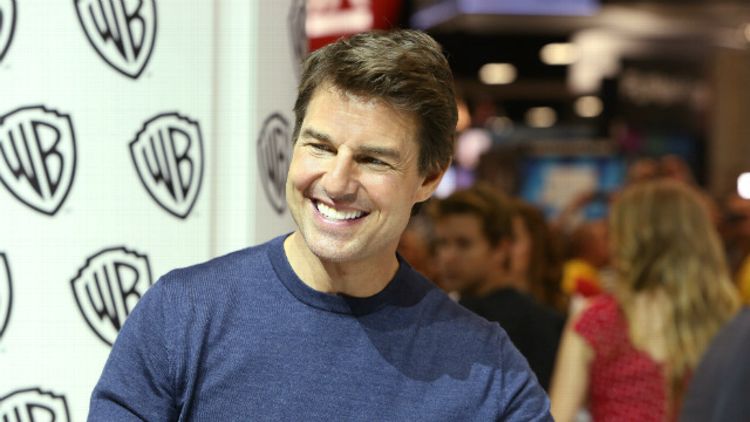 The War of the Worlds star and Scientologist formerly known as Thomas Mapother IV has been on a sci-fi bender in the last year, headlining Oblivion while eyeing and/or joining Edge of Tomorrow, Our Name Is Adam, and Yukikaze. Now he’s considering a mission-less return to reality with Go Like Hell. What sounds like a documentary about how and why Cruise runs so blisteringly hard in every movie he’s in is actually a project about Ford battling Ferrari for cool-car dominance in the very era when Don Draper fought Ted Chaough for cool-dude dominance. The film would reteam Cruise with his Oblivion director, Joseph Kosinski, who also did TRON: Legacy.

“Story is set in the early 1960s when the Ford Motor Company was falling behind in the sports car marketplace, with baby boomers preferring to buy fast, stylish automobiles rather than safe, comfortable vehicles,” The Wrap reports. “Cruise is circling the role of Henry Ford II, who with the help of young visionary Lee Iacocca and former racing champion-turned-engineer Carroll Shelby, concocted a scheme to reinvent the Ford company by entering the high-stakes world of European car racing, which had been dominated by Enzo Ferrari up until then. The trio set out to design, build and race a car that could beat Ferrari at his own game at the world’s most prestigious and dangerous race — Le Mans.”

[UPDATE: After we posted, The Wrap corrected their story to reflect that Cruise is looking at the Shelby role, not the Ford one. ]

There’s your big final scene, built right in, courtesy of history and a book. But could Cruise, with so much Days of Thunder nostalgia coursing through his American veins, actually handle watching the pivotal moment from the grandstands? Maybe get him suction-cupped to the side of a tall overhang, wearing a lifelike Enzo Ferrari mask he can tear off after the dramatic finish. That could get him onboard. Or someone can just let him know that both he and Ford were born with simple names followed by numerals, and that they both wound up with legendary nicknames that lend themselves well to expletives. Tom fuckin’ Cruise! Hank the goddamned Deuce! Done, movie’s in the can, back to outer space and impossible missions.

(Here’s that supercut of Tom Cruise running anyway, though.)