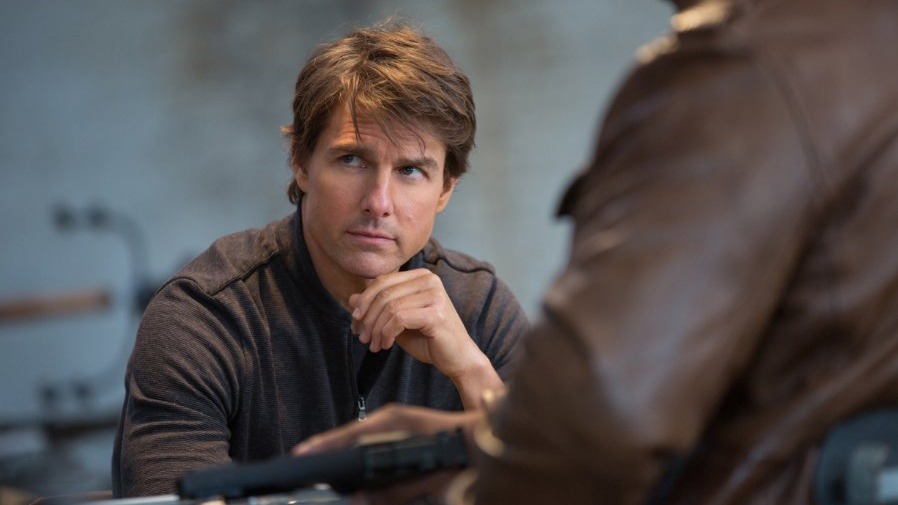 And we’ve hit August, which, with rare but notable exceptions, means it’s time to begin the long goodbye to popcorn season. The blockbusters get creakier, the CGI spectacles suffer increasingly diminished returns, and China stiff-arms American movies to give its own blockbusters a fighting chance.

Just don’t tell Tom Cruise. Of course, this weekend was never going to shine like an infinity stone — especially compared to last year, when Guardians of the Galaxy rode its ’80s mixtape selections to a $94 million opening. And yes, the domestic box office fell 23 percent from 2014. But it could’ve been — hell, should’ve been — a lot worse. Guardians was the brightest star in Summer 2014’s mostly dim night sky. That Hollywood can hold its head high rests on the slim, indefatigable shoulders of one very, very determined man …

Winner: Tom “He’ll Always Be Maverick to Us” Cruise

You might not be able to teach an old dog new tricks, but you can strap it to the side of an Airbus A400M and fly it 5,000 feet in the air. Yes, Ethan Hunt blew away his own studio’s lowball $40 million projections and guided Mission: Impossible — Rogue Nation to a smooth $56 million landing for first place. Fun facts: That’s Cruise’s third-best opening weekend and the 19th no. 1 opening of his career.1 And reinforcing his status as the king of international ticket sales, Cruise’s surprisingly durable franchise raked in $65 million abroad for a grand total of $121 million off an admittedly hefty $150 million budget. But with few high-octane action spectaculars remaining as competition, Mission: Impossible should be able to keep running for quite a while, especially if the bad buzz around Fantastic Four is true. Even better, Rogue Nation is technically a Chinese coproduction thanks to an investment by Jack Ma’s Alibaba. Ma is the second-richest man in China, so that could help Rogue Nation best the already impressive $101 million Ghost Protocol made in that country once it opens in September, just after China’s unofficial “blackout period” ends.

Cruise has definitely had a (comparatively) rough run this past decade, first losing his sweet deal with Paramount after a combination of PR disasters and M:I III’s underperformance, then trying his hand at running a studio with United Artists only to see that sink, too. Then came the sub–$100 million domestic grosses of Rock of Ages, Jack Reacher, and Oblivion. But all it takes is one good film to remind the public why they love you. Serious credit also goes to Paramount for moving Mission: Impossible up from a holiday release, when Star Wars: The Force Awakens and Spectre likely wouldn’t even have let its Airbus get off the ground. Studio marketing machines are a bit like the Titanic: You can see an iceberg on the horizon and still not have enough time to steer out of the way. But no matter what it takes, Cruise — or at least his studio — will keep the box office crown or, quite possibly, die trying.

Loser: Memories of Vacations Past

But nostalgia for gloriously frothy pop culture doesn’t extend much beyond Tom Cruise. Just ask Sony, whose would-be blockbuster Pixels continued to disappoint with a 57 percent drop in its second weekend to push it to a barely $46 million domestic total. And it definitely doesn’t extend far enough to get Warner Bros.’s reboot of the Vacation franchise with Ed Helms and Christina Applegate far off the ground. Choking on Cruise’s dust, Vacation came in a distant second with $14.9 million for the weekend and $21.2 million since it opened last Wednesday. Fortunately, the Griswolds are an economical clan: The film cost only $31 million, and with a little hustle, it can make it to the Walley World of financial profitability in the end. Unfortunately, the bad reviews really put a nail in the Griswolds’s tire. Dear studio execs: The original Vacations worked as well as they did because of the comedic rocks, like Harold Ramis, Amy Heckerling, and, of course, John Hughes, behind them.

Winner: The End of the Tour

The indie box office, and Sundance’s box office reputation, got a much-needed shot in the arm from Jason Segel’s ability to pull off a bandanna. The End of the Tour, James Ponsoldt’s not-quite-a-biopic of late literary icon David Foster Wallace, quietly pulled in $126,559 from four New York and L.A. theaters. That per-screen average of $31,640 makes it the best limited-release opening to come out of Sundance’s 2015 festival, which has seen other titles like Dope and Me and Earl and the Dying Girl fail to generate much financial heat from all of their Park City buzz.

Despite the Wallace estate’s objections, The End of the Tour hit the sweet spot with fans and even some skeptical critics, and it’s a testament to scrappy indie distributor of the moment A24 (of Spring Breakers and Obvious Child fame), which had faith in such an against-the-grain little film. If the praise for Segel’s performance as Wallace catches on, The End of the Tour could be another success story for A24 to notch on its belt alongside Ex Machina and Amy.

But if July has an overall box office champion, it would have to be China. As mentioned above, July through August (June 19 to August 23 this year) marks the unofficial, but not exactly top-secret, blackout period during which China’s state-controlled film industry keeps out foreign films to give homegrown fare a chance. The Chinese government’s goal is to keep the percentage of overall box office earned by foreign films below 50 percent. In other words, the blackout is aimed squarely at Hollywood’s tentpole behemoths, which tend to crush local films all around the world. This year, China’s July box office was up a phenomenal 48.9 percent, at about $890 million cumulative on the back of Chinese-produced blockbusters Monster Hunt, The Monkey King: Hero Is Back, and Pancake Man — which you probably haven’t heard of unless you’re a die-hard partisan in the Bai Baihe vs. Fan Bingbing debate. In fact, Monster Hunt will dethrone Transformers: Age of Extinction as the second-highest-grossing Chinese film of all time, with its sights on Furious 7’s recent record. The point: China is the most salivated-after film market for Hollywood studios, and it just demonstrated it doesn’t need our cultural detritus. It can make its own, thank you very much.

BREAKOUT.exe: The Stunning Turnaround of 'Halt and Catch Fire'