BREAKOUT.exe: The Stunning Turnaround of ‘Halt and Catch Fire’ 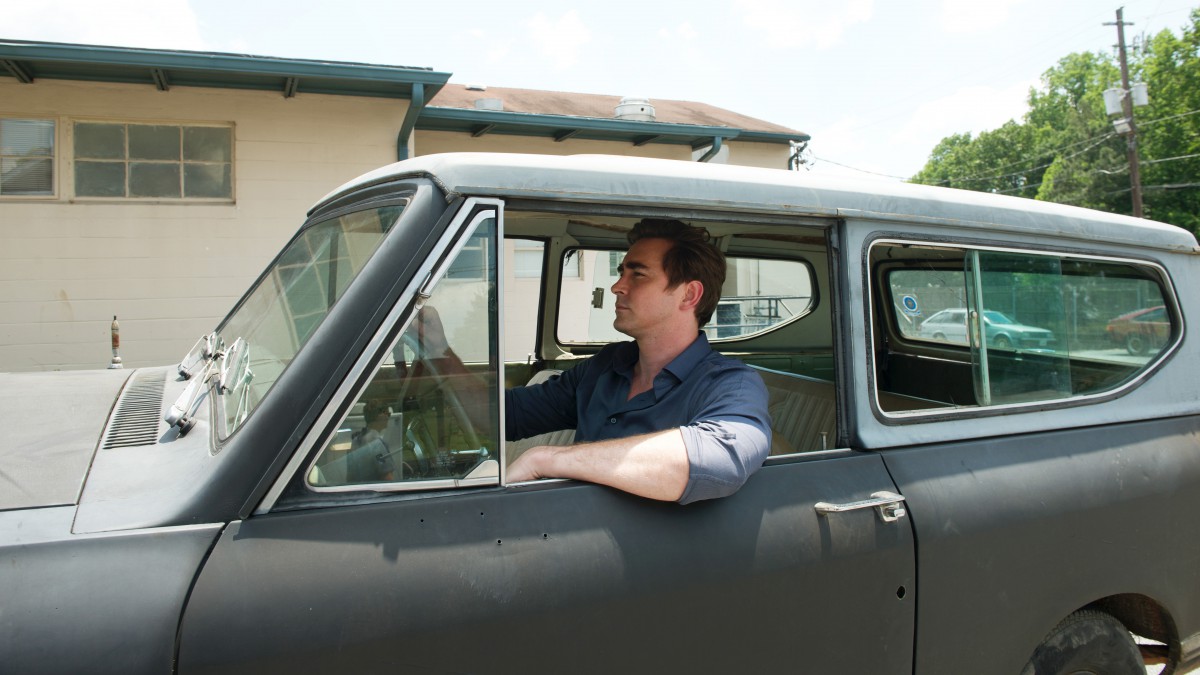 One of the peculiar phenomena of this Internet age is the “unboxing video.” It’s a fetishy indulgence of extreme tech-heads who, when finally in possession of the latest iPhone or the like, will film themselves meticulously removing it from its packaging. Considering that this is usually done with Apple products, the packaging itself is often as beautiful as the device contained within. The ease and order with which it all comes apart can be strangely reassuring. No space is wasted. Everything in the box fits.

I thought of these videos as I attempted to consider the entirety of Halt and Catch Fire’s excellent second season, 10 episodes that were as elegant as they were rewarding. Better, it was a celebration of the good things that can result when television writers care — and care deeply — about the smallest details of their creations. To watch Halt Season 2 was to lose yourself in the desires, egos, and quirks of its appealing cast of characters and to marvel at the way all of it fit seamlessly together. Jealousy turned to respect. Respect gave way to love. Love got in the way of like. Subtle scenes and tiny gestures stood in for noisier emotions until they added up to something substantial and dramatically elegant. No space was wasted in Halt and Catch Fire Season 2. Everything in the box fit.

That we ended up here at all is a turnaround story that even Jobsian Silicon Valley miracle workers would have dismissed as unlikely. As I wrote back in May, TV shows generally don’t have second acts like this. Not because the medium isn’t set up to support radical changes — in fact, one of the greatest things about television is the way every episode offers a fresh chance to right wrongs, or at least rewrite them — but because the proud programmers who pour their hearts and souls into the teleplays are often too lost in their own complex code to see the bugs in their work. So while I understand the tendency to lionize the creators able to deliver a consistent, coherent product right from the start — your Weiners, your Gilligans, your Soloways — it does a great disservice to the precious few able to regroup and make good on a flawed, promising idea. I’d put Halt and Catch Fire’s brain trust, creators Christopher Cantwell and Christopher C. Rogers along with showrunner Jonathan Lisco, in the latter category. Using a combination of smarts and self-awareness, the trio didn’t just improve their show when given the chance. They discovered exactly what it should have been all along.

That precisely that kind of discovery is, itself, a central theme of Halt and Catch Fire makes for another nice bit of symmetry. Innovation, in computing and in television, isn’t just about having the best ideas or the strongest components. A large part of it is knowing where to plant your stakes,1 learning how to differentiate what you do from the things other people don’t. And so, just as Mutiny went from a gaming hub into more or less inventing the modern Internet, so, too, did Halt evolve into its best self — and it did so in half the time. After all, it took practically the entire second season for Mackenzie Davis’s stubborn Cameron Howe to recognize that it was community, not backgammon, that was the future of her company. Thankfully, Cantwell, Rogers, and Lisco saw the strength of their secondary features much more quickly. By promoting Davis and Kerry Bishé’s Donna from supporting characters to leads, the trio turned a series that initially felt like a malware version of 21st-century cable dramas — brooding men with outsize talent, questionable morals, and limitless secrets — into something radical and alive.

Of course, merely flipping the script isn’t enough to turn a mediocre show into a great one. You need characters who deserve the spotlight and actors who know how to make the most of it. Halt, thankfully, had both. Davis was the best thing in Halt’s first season and she was no less striking in Season 2. She’s electric onscreen, whether hammering on a bulky keyboard or stomping her feet on a dining room table. (“Screw the dance, I want to change the music,” Cameron said last night, and it’s not hard to imagine her as the inspiration for the last 30 seconds of the Replacements’ “Bastards of Young” video.) But what’s more impressive is the way Davis is able to play even casual scenes on two levels, inside and out. When other actors come at her, Davis’s face registers every emotion like a seismograph. Moment to moment, she’s both the earthquake and the rubble.

But the key performance in Year 2 was Bishé’s as Donna Clark. No character was elevated more by the show’s shifting perspective and no actor took greater advantage of the opportunity. Donna’s core competence was welcome in the first season — remember her coming home from a long day at the office and fixing her children’s Speak’n’Spell in addition to fixing them dinner? But allowing her to come alive in the fratty Mutiny house was Halt’s killer app. Unlike Joe, Gordon, and Cameron, all of whom are type A hedgehogs, Donna has always been a more measured fox. She believes in her work, but she also believes fundamentally in the possibility of balancing it with her life, even if it requires a feat of Olympic-level gymnastics to pull off. Bishé is a deeply empathetic actor; we forgive Scoot McNairy’s Gordon his transgressions because Donna does. But she’s at her best when she’s allowed off the reservation, whether it’s reveling in the glorious anarchy of an office all-nighter or taking comfort in the reassuring fizz of a well-earned breakfast beer. After watching a generation of volcanic TV wives, from Carmela Soprano to Skyler White, cooped up in the house, impotently smoking while their husbands had all the fun, it felt truly revolutionary to see Donna be given the room to erupt.

It was no accident, then, that “Heaven Is a Place,” last night’s rich finale, hinged on Bishé’s performance. She was spectacular in the long bedroom fight, rolling effortlessly from tired intimacy to stunned anger and hurt. But she was better in that pivotal scene in the kids’ playhouse. Nearly every plot twist on Halt and Catch Fire wraps around a proposed business deal: Joe’s offer for Mutiny, Cameron’s plea to Bos.2 As with those failed dialogues, it’s not entirely clear that Donna is making a good-faith offer to her husband when she lays out her terms for saving their marriage. Does she really believe that Gordon’s money can buy them both happiness? Or is she merely arming a cross-country catapult for the biggest professional volley of her life? To quote Paul Simon, was this a negotiation or a love song? The beauty of Halt is that I don’t think there’s one right answer. Donna does adore Gordon — remember their nerdy ring ceremony? — and she yearns to preserve their family. But she also can’t imagine being forced to choose between what she has and what she wants. Because, on a gut level, she understands that it isn’t a choice at all.

In many ways, the episode ended in a place where, one could argue, the series should have begun. Just as feverishly toiling on an also-ran product like the Giant made no sense — if the show is set in a universe where Apple and IBM exist, why should we care about something worse than both? — so, too, did Texas come to feel like a cop-out. Yes, it’s interesting that there was a second hot spot for digital innovation in the 1980s, but no amount of regional brilliance can obscure that it was a very distant second. TV shows shouldn’t settle for narrative runners-up. Donna and Cameron deserve a chance to be with the best, to wrestle with the big boys — win or lose. California feels like the right place for Halt to inhabit. As everyone from Pete Campbell to the heroines of heavy metal videos know, the Golden State isn’t an instant cure-all. But it is the most interesting and relevant backdrop for any story that purports to be about inventing the future. What would it be like for punk rock Cameron to suddenly find herself in an environment where everyone’s humming the same tune? 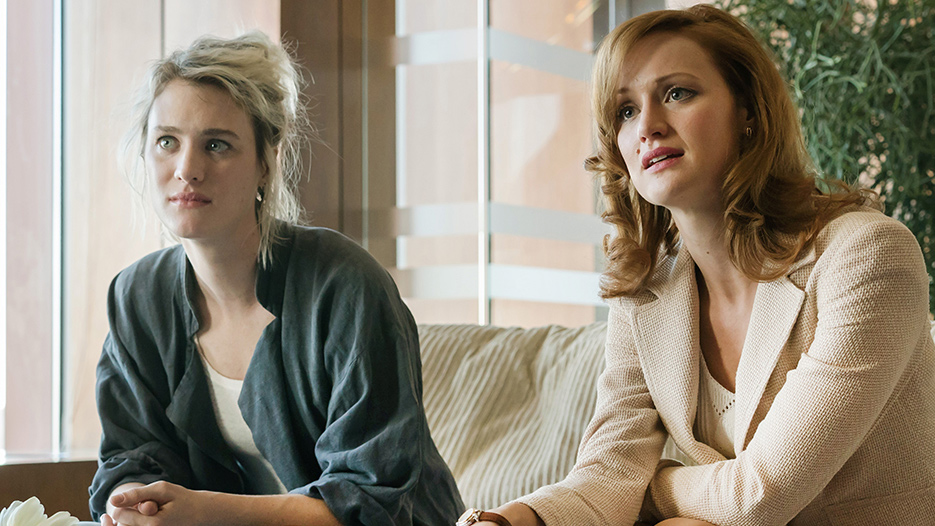 A third season, should it happen, even seems primed to address the second’s one lingering hiccup: What to do with Joe? It’s hard not to feel for Lee Pace, an aggressive and charming actor who appeared ill at ease with his sudden demotion. Seeing him slide into his sleeve-averse blazers only to punt at the last second was frustrating, like watching Bruce Banner lounging around in unripped purple pants. I was prepared for the finale to write Joe out of the show completely — he’s barely connected to the main story line anymore and it would free Pace to pursue another alpha dog role. (In fact, I was surprised to see Gordon on the westbound flight, too. McNairy is a terrific, dedicated actor, but he seems ill-suited to being someone else’s stumbling block, particularly when that somebody is his character’s wife.) But at least Joe, with his newfound bankroll, seems well positioned to go full villain. The character was always burdened by comparisons to Don Draper, but that never struck me as fair. Don Draper was also an empty suit able to deliver a killer pitch, but at least, when we met him, he already had the corner office. Watching Joe scratch and claw to become the legend he’s always been in his mind is about as fun as a Mad Men flashback. He’s already spent two seasons burrowing into the other characters’ lives like a virus. Let’s at least let him have a little fun corrupting more than their files.

But a third season, I’m sad to say, seems about as likely as Bos moving into the Castro. AMC has been mum on the subject, and ratings for the second season have been dreadful, often dipping below half a million viewers for original airings. The network has to be thrilled with the critical embrace of the show and eager to keep the talented cast and crew in the fold. But TV, like tech, always caters to the early adopters. And while I have every confidence that multiple seasons of Halt, when stacked on Netflix, could and would attract a decent audience, the financial reality of contemporary TV doesn’t really allow for such forward thinking. Cancellation seems inevitable.

Even so, it would be an enormous shame. After two seasons, Halt has become one of the most purely enjoyable shows on television: relentlessly stylish, surprisingly funny, and deeply inventive. It’s such a pleasure to lose oneself in a prestige cable drama that isn’t, for once, about escaping something — be it fate, the law, or the long knife of history. Rather, Halt is about actively embracing the world in order to improve it — and how those old obstacles of vanity and fear aren’t easily hurdled, not even in the best circumstances and with even better intentions.

The truth is, despite all the midnight oil burned at the Mutiny house, some code can’t be rewritten. And regardless of what Gordon cooks up in his garage, we’re all likely stuck with the same old boxes. No matter. As Donna Clark figured out, a decade ahead of schedule, real, lasting innovation isn’t about image or memory or even profits. It’s about connection. And that’s an idea that everyone, from Luddites to pessimistic network executives, ought to be able to get behind.