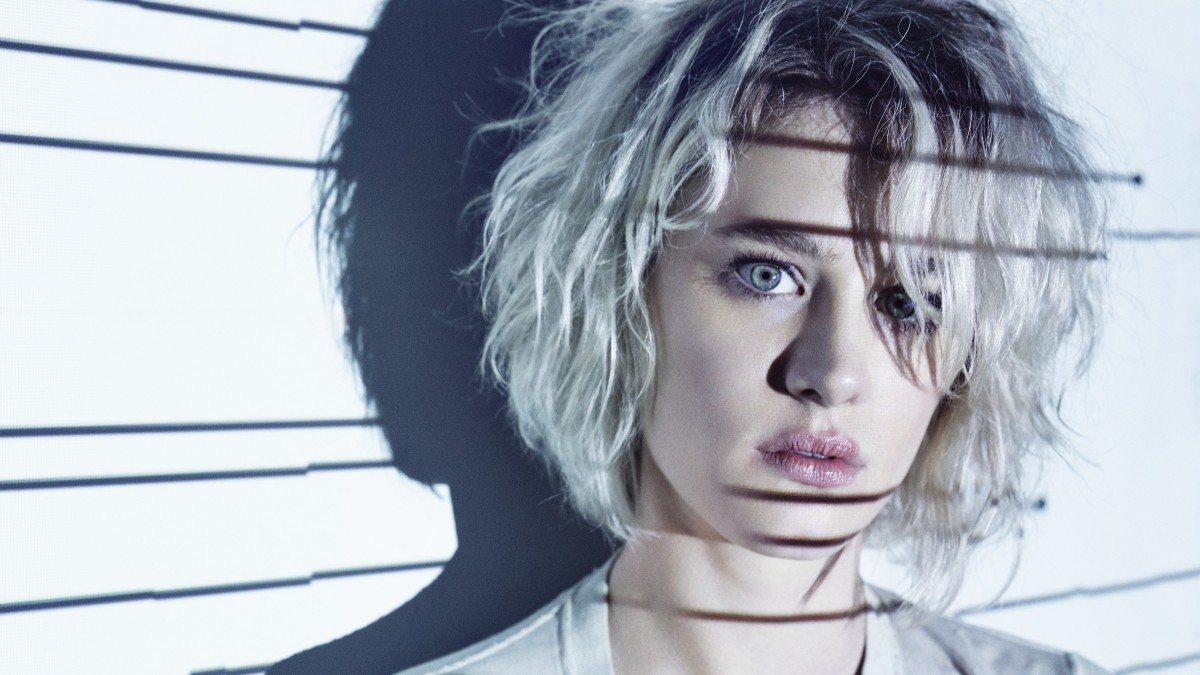 The best thing you could say about Halt and Catch Fire’s first season is also the most damning: It was fine. The AMC drama premiered last year with an established cast (Lee Pace played the heavy in Lincoln and Guardians of the Galaxy; Scoot McNairy and Kerry Bishé were hostages in Argo) and the sort of period specificity that gets executives’ attention and puts marketers at ease — in this case, the wide, wired prairie of 1980s Texas, where cowboy programmers tried to beat Silicon Valley at its own game. But despite a strong pilot, Halt never ignited. Ratings started weak and only got weaker: The 10th and final episode earned just over half a million viewers.1 The storytelling crumbled as well: A tale meant to crackle with the renegade spirit of the garage workshop instead felt as sterile as a lab.

It wasn’t that Halt and Catch Fire was bad, per se. It just wasn’t nearly good enough. This mediocre middle is a fine place to do business if your network is merely spackling holes in an otherwise solid schedule. But for AMC, Halt’s stutter step was far more problematic. With Breaking Bad in the rearview and the end of Mad Men nigh, the network was eager for a series that would continue its winning streak with critics, which remains a vital part of its brand identity even as heavier hitters like The Walking Dead pay the bills. Though it had its devotees, Halt quickly fell into the worst kind of uncanny valley, ignored by tastemakers and the general public alike. A decade ago, this wouldn’t have been a problem: Breaking Bad’s slow start is now as much a part of its mythology as its quicksilver finish. But as TV shifts into a blockbuster era defined by loud starts and the promise of tightly wound finishes, Halt’s pokey OS was easily forgettable. No one would have been surprised if the powers that be had simply hit eject and moved on.

Thankfully, AMC did no such thing. Rather than blaming the show’s brain trust — creators Christopher Cantwell and Christopher Rogers plus showrunner Jonathan Lisco — for its stumbles, the network offered a rare chance to debug and get it right. Halt and Catch Fire’s lunky title — it refers to computer code that leads to a system crash — likely didn’t help its performance in Season 1, but it did offer inspiration for one of the most remarkable turnarounds in recent TV history. Season 2, beginning Sunday night at 10 p.m. ET, is a hard reboot. Gone is the protagonists’ misplaced desire to beat Apple in beating IBM at its own game, and gone, too, is the Giant, the clunky PC that was the result of all of their uninspiring efforts. Exiled along with all of that is Cardiff Electric, the drab corporate setting that constrained the plot, and Pace and McNairy’s alpha dog vs. beta male cockfighting that defined it. It’s not that Halt 2.0 is an entirely new show: The faces and floppy discs are the same, and outside the garage it’s still Texas Forever. It’s that Cantwell, Rogers, and Lisco have rewired the mainframe to showcase the stray lines of ancillary code that should have been the focus all along.

The highlight of Halt’s first season was Mackenzie Davis’s performance as Cameron Howe, a punky mantis who looked like a John Hughes heroine and coded like a David Fincher villain. The only programmer capable (and crazy) enough to bring the Giant to life, Cameron should have been the lead. Yet Davis spent the majority of the season struggling to fit in, spinning like an asteroid between two lesser moons: Pace’s Joe, an ethically questionable Jobsian dreamer (with whom she was briefly paired off in a catastrophically wrongheaded relationship), and McNairy’s Gordon, a mercurial, Woz-zy engineer. It was a tired triangle that smacked of risk-averse industry groupthink, exactly the sort of 8-bit thinking the Giant was meant to upend.

Sunday’s episode fast-forwards the year to 1985 and wisely elevates Davis from third wheel to engine. Mutiny, the online gaming collective Cameron founded in the season finale, is now front and center, injecting the show with the jittery, caffeinated energy of a start-up. (Don’t believe me? Check out this clip from the season premiere; it’s like analog Sorkin-meets–Silicon Valley.) In Season 1, Joe and Gordon’s attempts to reverse engineer an IBM desktop unit forced the series into a similarly defensive copycat stance, skitching uncomfortably onto the back of someone else’s history. By contrast, Cameron and her crew of underpaid, underwashed keyboard monkeys are actually innovating, chasing the spark of the Internet — with all the community and chaos it portends — a decade before AOL told anyone they had mail. They’re not trying to build a better box. They’re literally attempting to think outside of one.

Cameron is joined at Mutiny by Bishé’s Donna, who happens to be Gordon’s wife2 and a skilled engineer in her own right. The two make for a wonderfully unlikely team: Cameron survives on a steady diet of anarchy and Good & Plentys while Donna, a mother of two, prefers red wine and takeout cacciatore. With the women at work, last season’s terriers have been defanged. Gordon, after accepting a large payout, is now struggling with stay-at-home dadness and a niggling coke problem. And Joe appears to have been airlifted to another series entirely: He’s shacked up in Austin with an artistic girlfriend (Boardwalk Empire’s Aleksa Palladino) who just happens to have an oil billionaire for a father (ubiquity’s James Cromwell). This dimmed spotlight suits McNairy well; he’s an actor who thrives in the background — all the better to obsess over the jumbled collection of tics and resentments that help turn a character into a human being. It’s hard not to feel for Pace, who clearly thought he was signing up to be the next Don Draper and is instead stuck emoting next to a firepit. But it’s utterly thrilling for the audience. As Donna says in an upcoming episode, “My interest in tall, dark mannequins with delusions of grandeur has dwindled.” To which I say: Amen, sister! Had Halt started with this attitude in place, it might not have been any better, but it certainly would have been a whole hell of a lot more interesting.

Thankfully, this new Halt is better, exponentially so. Its inversion of decades of prestige-drama gender convention seems painfully obvious, and yet I’m not sure if any other show has actually attempted it. Not only does it allow two actresses to break free of the nagging wife/sexy muse binary that has plagued even TV’s best shows — as bosses, Davis and Bishé are now free to flex just like Difficult Men — Halt has carved out much-needed space to interrogate familiar onscreen relationships from a fresh perspective. Cameron and Donna are neither solidarity sisters nor blood rivals; instead, they’re colleagues, which means they’re at each other’s throats nearly as often as they have each other’s backs. The two clash over everything from funding to family — and, best of all, when Mutiny is failing and Gordon attempts to save the day like Superman, Donna tells him to stop yelling and go home. Yes, Lois loves Clark. But she doesn’t need him. This isn’t a Bechdel test, it’s a full-fledged regents exam.

I’m equally enamored of what this reframing does to the men. Stripped of their primacy (not to mention their jobs), Joe and Gordon’s macho bravado is exposed as bluster. The whiff of bad-boy heroism that fueled the creation of the Giant has gone rancid. “Who are you right now?” Palladino’s Sara asks Joe after he and Gordon, reunited at last, have slipped into their old dick-measuring. And Toby Huss’s John, a shit-kicking executive sent to prison in Season 1 for embezzlement, returns humbled and beautifully uncertain. With his family gone and his career in tatters, he’s forced to confront what’s been hiding beneath his ten-gallon hat. What he finds there isn’t pretty, but it is refreshing. It’s high time a cable series pushed back on the idea that mystery is the key to attraction and assholedom is essential to success. What I like most about this new Halt is the way it casts its characters, male and female, not as fundamentally unhappy but as deeply dissatisfied. They are eager to create but unsure of what might be possible. They are desperate to connect, but Wi-Fi hasn’t been invented yet. It’s a show about smart, talented people trying to invent the future but unable to escape their present. The dot-matrix cursors on their Commodore 64s blink day and night, as angry and watchful as Sauron.

Like any high-profile upgrade, Halt and Catch Fire 2.0 isn’t without glitches. Palladino’s character is underbaked, and the T1 lines that will ultimately stitch together the leads aren’t revealed until Episode 4. Much of the exposition appears to have been written in all-caps, but this can be excused as excitement, not amateurism. It’s a big deal to switch from the clunkiness of hardware to the subtle intricacies of software; a lot of skeptics need to be convinced, a lot of Luddites converted. But I hope they’ll consider flipping the switch. Halt has always been a stylish show, wearing its new-wave influences on its artfully cuffed sleeves (the doomy Trentemøller opening theme is among TV’s best). But now its function matches its form. Forget building machines; it’s far more enthralling seeing them cracked open. CTRL-ALT-DELETE for yourself.