In Praise of Ben Mendelsohn and the Evolution of ‘That Guy’ 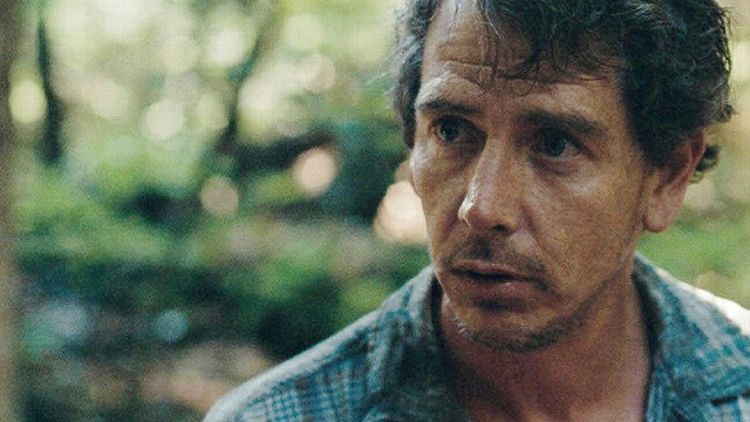 Derek Cianfrance’s new movie, The Place Beyond the Pines, is a winding local epic about two generations of men failing at life in the rural-suburban sprawl of Schenectady, New York. Ryan Gosling, Bradley Cooper, and their screen sons are at the center of things, but there’s another guy tucked into the story who steals every moment he can. His name is Ben Mendelsohn. You’ve seen him before. He’s a That Guy.


In Pines, Mendelsohn is enlisted to do what he does best: rumpled, untrustworthy, deceptively slack-jawed, often disgusting men living on the fringes of society with bad ideas on their brain and a lisping, sing-songy loll in their voice. Mendelsohn’s character, Robin, is a sort of Magical Mentor, a seemingly destitute mechanic who takes Gosling’s carnival motocross warrior (seriously) in after a stint in jail and trains him in the art of robbing banks. Why does this master bank robber live on a broken-down farm/garage in the middle of nowhere? Who cares, he’s excellent at being the John Oates to Gosling’s Daryl Hall. Together they hatch plans and form an unlikely friendship that becomes an intimate marker in a disjointed movie — their relationship is the only uncomplicated bond onscreen.

A Place Beyond the Pines isn’t going to make Mendelsohn a star. But in the constellation of That Guys — a type of particularly memorable character actor cleverly annotated by Grantland contributor Tara Ariano and New York Times Magazine editor Adam Sternbergh in Hey! It’s That Guy! — Mendelsohn exists in a rarefied solar system. He only works with auteurs and he’s often an agent of change (or a victim of it) in his roles. Which says as much about the evolution of a That Guy as it does about the work Mendelsohn does.

This Buzzfeed compilation of The 25 Best “That Guy” actors gets things right in the traditional sense. These are all faces you’ll recognize from movies and TV — Laura Palmer’s evil dad, the colonel who commits suicide in A Few Good Men, that S.H.I.E.L.D. agent who takes a bullet in The Avengers. The only problem is that Ray Wise, the late J.T. Walsh, and Clark Gregg aren’t anonymous anymore. In the intervening years of the That Guy movement, we’ve become savvier. We’ve fetishized these actors, catalogued them, breathlessly ID’d them in theaters across their careers. There’s a Fuck Yeah Titus Welliver Tumblr. There are Mark Strong gifs. Stephen Tobolowsky has a podcast. (Ned! Podcast!) We know these guys as well as Brad Pitt or Will Smith. They let us know them.

Mendelsohn finds himself at a crucial moment. He’s 43, three years younger than William H. Macy when he fidgeted and stammered his way to an Oscar nomination for Fargo, but six years older than Paul Giamatti when Sideways hit like a splash of Merlot on a pair of white Keds. Those are fine signposts for what Mendelsohn can be — a gifted character man, popular among elite directors, and sniffing at the edges of fame. He has an unlikely currency right now. He’s been a bad guy, as the squirmy, Bane-bashed Daggett in last summer’s The Dark Knight Rises. He’s been an even badder guy (and another bank robber), in his breakthrough, the 2010 Australian crime saga Animal Kingdom. And he was baddest as Jessa’s flighty, irresponsible father on a particularly crushing episode of Girls this season. But the one thing he’s always been — and the thing that may ultimately hold him back from Steve Buscemian heights — is a desire to seem utterly disgusting. In last year’s little-seen, on-the-nose, but secretly sort of great crime allegory Killing Them Softly, Mendelsohn plays Russell, a sweating, ice-cream-cone-slobbering, bestiality-explaining heroin addict who aids Frankie (the great Scoot McNairy, from Argo, another That Guy on a similar precipice of fame) in — what else? — a heist. It’s a jaw-dropping, stomach-turning performance; Russell is just about the most dishonorable, filthy, horrifying guy imaginable. You can practically smell Mendelsohn through the screen. There are no English clips of his performance in the film, but here’s a German-overdubbed clip of the actor getting higher than a satellite after the robbery while telling a story about a car full of dogs defecating everywhere:

Charming stuff. What that clip and the overdub fail to convey is the power of Mendelsohn’s voice. It’s really something — that lisp, that whine, that twangy interpretation of an American speaking style. As Daggett in Dark Knight, he’s pitched-up and anxious, like Dustin Hoffman with his tongue in a vise. As Robin in Pines, he’s loose and cool, more sure of himself. “I never liked guns, man — they’re vulgar,” he says, cigarette dangling. In Animal Kingdom, as seen below, in his native accent, he’s all coiled dread — a criminal on the make, with a million angles and no truths.

Next year he’ll appear opposite another cred-hoarding pretty boy, Jake Gyllenhaal, in Anna Boden and Ryan Fleck’s Mississippi Grind, as well as Gosling’s directorial debut, the Christina Hendricks–starring How to Catch a Monster (guessing Mendelsohn is the titular monster here). It’s hard to know what those roles will mean for his career. But Mendelsohn seems one starring role — might we suggest a down-on-his-luck garbageman-turned-bankrobber? — away from transitioning out of That Guy. Maybe he could even be The Guy.

See all Killing them Softly