Q&A: Ben Mendelsohn on ‘Starred Up’ and the Art of the ‘Good’ Bad Guy 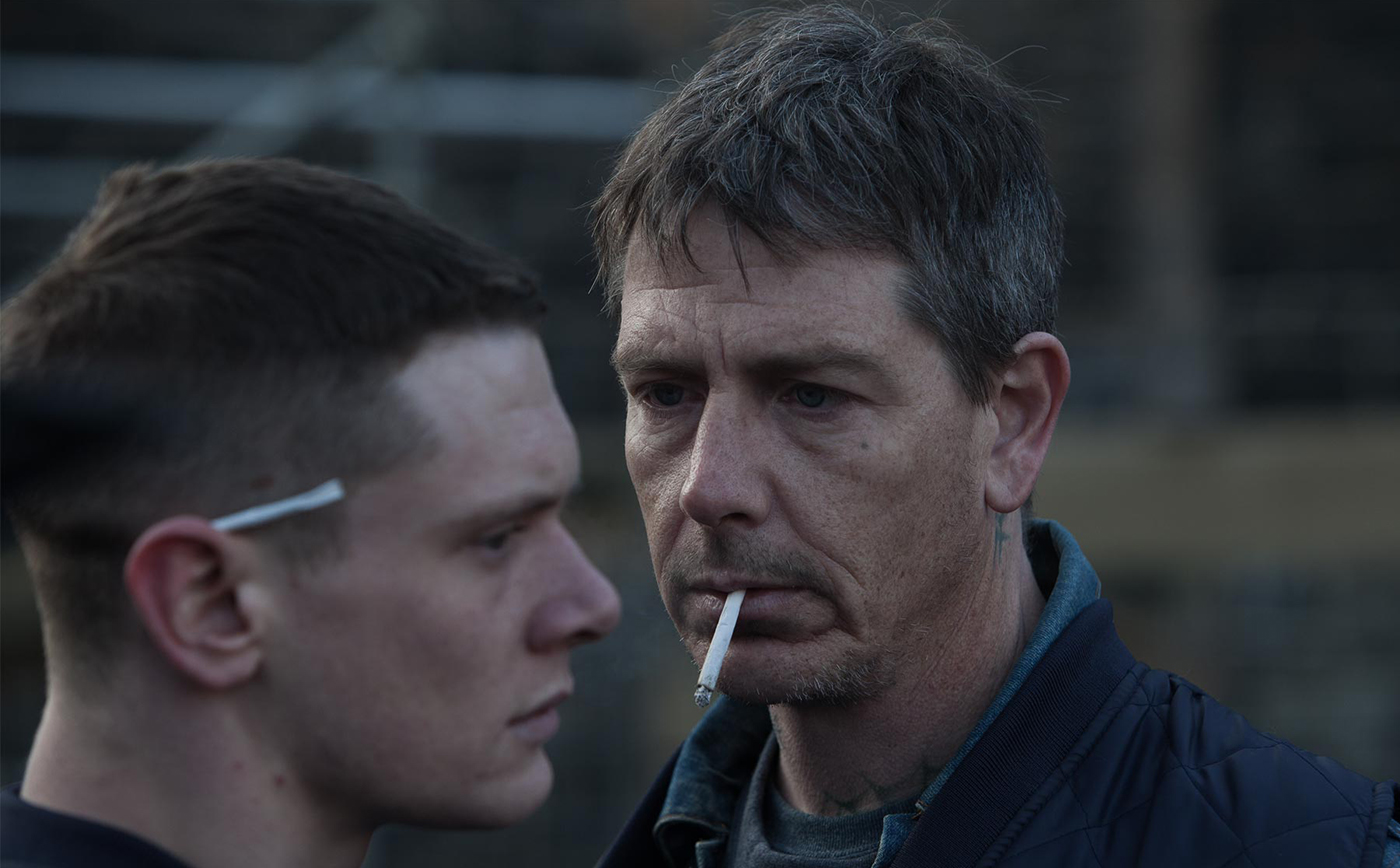 In 2012, with a masterfully sweaty turn in Killing Them Softly, Ben Mendelsohn won my heart. The small-stakes crime flick had its issues but deserved a better fate, if only for gifting us with a sharply funny, unromanticized evocation of the charms of goons on the lowest rung. Mendelsohn, in particular, felt like he’d just wandered in from the methadone clinic smoker’s huddle.

In reality, the 45-year-old Aussie has been famous back home since 18, when a movie called The Year My Voice Broke — in which he played, appropriately enough, a car-thieving hell-raiser — made him a promising young man to watch. Things played out according to plan for a while; says GQ Australia, “Mendelsohn dominated Australian cinema in the late ’80s and early ’90s, starring in such classic Australian fare as The Big Steal, Sirens, Idiot Box and Cosi.” But flirtations with Hollywood never worked out, and by the mid-2000s, with jobs coming fewer and farther between, he seriously considered hanging it all up. Instead, he stuck it out, and when 2010’s crime-family saga Animal Kingdom broke internationally, he got his belated American breakthrough without leaving home.

Animal Kingdom — in which Mendelsohn plays the unhinged, progressively-more-murderous Uncle Pope — set the template for his latter-day resurgence. Taken along with Killing Them Softly and 2012’s The Place Beyond the Pines, in which he played a far more kindhearted, still criminally inclined type of fellow, it’s a powerful little string of men living on the edges.

It all seems to be pointing to something bigger, which might even be the untitled Netflix show he’s now shooting in Florida. Costarring Kyle Chandler and Linda Cardellini, it’s being billed as a thriller about a tight-knit family that begins to unravel when a black sheep older brother comes home; Mendelsohn, of course, plays that black sheep.

This week, with the release of his fathers-and-sons prison drama Starred Up, Mendelsohn gives another aptly Mendelsohnian look. He also gave us a phone call.

Between Animal Kingdom, Killing Them Softly, and The Place Beyond the Pines, you’ve had an incredible run of vivid, unique scumbag-type characters. Does any of that come from actual experiences with the real-life versions of these kind of people?

There are people you meet and you get impressions of them, certainly. Animal Kingdom was an amalgam of two people that I had met-slash-known, not particularly well. They were both very, very scary people for very different reasons. But the real thing they seemed to have in common was that they were really capable of misinterpreting what you were saying to them. It always seemed, to them, that you were being hostile toward them. And that made them very scary. Their reactions to, you know, what they perceived as hostile behavior was very extreme. That was very definite.

Click here for all of our interviews with fascinating people from the worlds of sports and pop culture.
[Pines character Robin] was more … he started life on the page as a spidery … OK, so let me just rewind. Animal Kingdom comes out, so there’s a sense of, ‘OK, this guy can do a good bad-guy thing,’ right? So Place Beyond the Pines came off the page as a very spidery, sort of, you know, neo-Nazi-ish ex-con that was very manipulative towards Ryan [Gosling’s] character. Derek Cianfrance, who wrote and directed, he got there and he felt that that it wasn’t, um, what he was very interested in. He said, ‘Look, I’m bored with what I wrote, what about, dah dah dah …’ We flipped it on its head.

That guy, it was more about the accent for me than anything. There was a local guy in Schenectady that we used for a voice template for the way [Robin] sounded. It was one of the first times I’d had a role like that in the States. Very freewheeling, a lot of improvising. And the guy in Killing Them Softly, that was [director] Andrew Dominik and myself, who come from the same place and time — Melbourne in the ’80s — having a bit of a laugh with some of the kind of people and whatnot from that era. So that’s the genesis of those three. 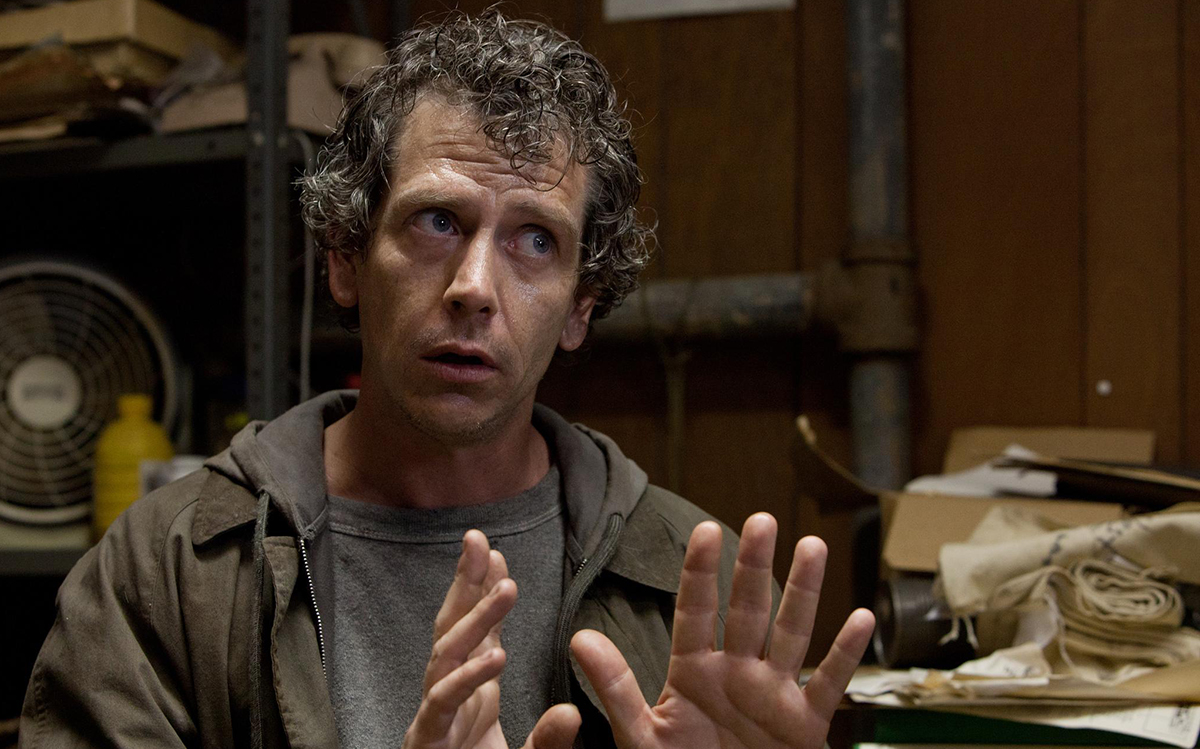 Wait, so there was a random guy in Schenectady whose voice you liked?

It was a guy that we ran across. And there was another guy that was an actual bank robber. We didn’t base characters on him but we used him a lot. He was a really, really sweet guy. And he’d had a pretty bad drug habit, and he used to go into banks and he used to pass across a note and it always said “please.” And he never waved the gun around. He never did anything like that. And this guy got away with it for a very long time. And they finally caught him, and the reason he didn’t go down forever was that he never threatened anyone. He would pass across this note, ask them to give him the money, and he would go and continue his drug habit and whatnot until he ran out of money again. But he never brandished a weapon, and he always wrote “please” on his notes. The authorities worked very well with this guy, to help him overcome. And he had a job, he had a girl, he hadn’t reoffended. He was a success story.

When you’re watching yourself play these really great, dark characters, is it ever unsettling? Like, ‘Whoa, where the hell did that come from?’

You should know that I don’t watch [usually] … I’ve seen Place Beyond the Pines and Killing Them Softly because they were both at festivals. And you know, I walked the red carpet and sat down and watched those films. I saw a bit of Animal Kingdom when we were doing the [ADR], laying over the voice tracks. And I was very happy with what I saw. It felt, to me, like that guy was not properly connected to the people around him. And that felt wrong, so that was a job well done. But no, I don’t look at them and think that. I just hope the thing comes out well. Know what I mean? That they’re engaging to the viewer.

You also showed up on Girls and gave another fantastic, slightly less criminally minded kind of downtrodden type.

That guy is really just a bit of fun. I had met Lena Dunham a long time before, and I watched all the first series and I was like, “Oh shit, why can’t I be on that show!” And then I got a call about it literally a week later. And I was delighted and off I went. But that guy was just more a bit of fun — that’s more like an old English rocker that has no proper contact with his offspring. I’ve seen enough baby boomer–era parents that I had a good enough take. I’ve seen enough of what that guy was.

Your young costar in Starred Up, Jack O’Connell, is maybe on the precipice of a larger kind of fame in the U.S. You yourself got famous in Australia at a very young age. Do you see any similarities between him now and yourself back then?

I mean there are similarities. Jack’s in a great position. He looks to me like he has a good enough time with life, and when it comes to work he does what he does, and does it well. You feel an affinity with younger actors, because, you know, it’s a very insecure job. And it can be a long time before you feel like, you know, things might be all right. Most young actors, that’s all they’re trying to do: Get better at acting and be able to keep doing it. And that doesn’t work out for most people. But you get the feeling that it’s gonna work out just fine for Jack.

You’ve worked with Nicolas Cage a couple of times now, and he’s pretty fascinating to a lot of people for a lot of reasons. What’s your take on him?

You know what, he is endlessly inventive. He is an enormous amount of fun. And, um, he’s actually incredibly tolerant, Nic — you know? He’s been very tolerant with me and my misfires. He’s, um, he’s incredibly gifted. And he’s a guy I always want to watch. He’s put down some performances that for me, you know, are pretty all-time. I still get knocked about by Leaving Las Vegas. I just have to go back and think about that. He’s put down some powering work. There’s no wrong that man can do by me.

Is This Thing On? The Eight Most Essential Inessential ‘SNL’ Musical Guests