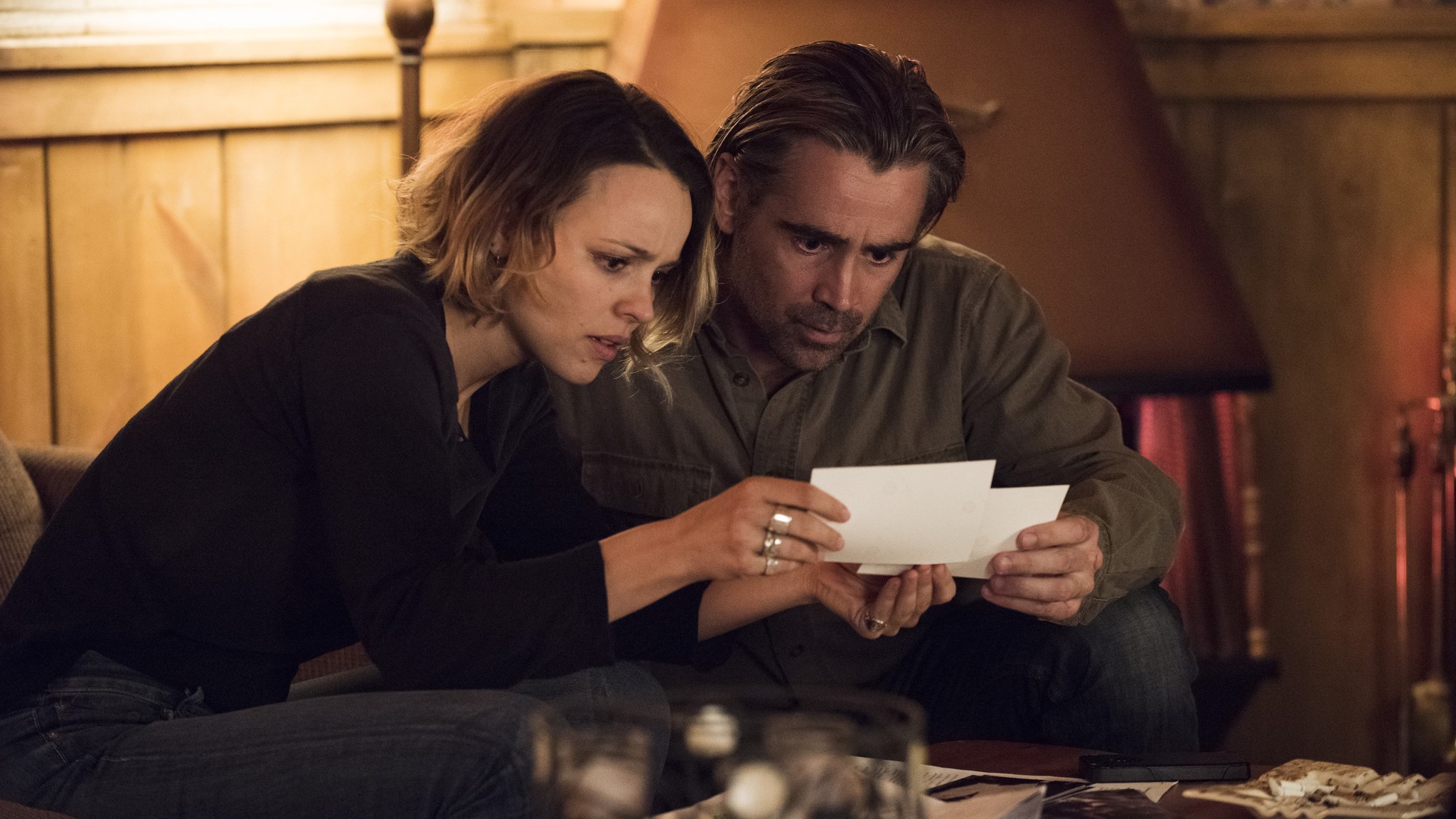 What is Los Angeles, even? Nobody knows, but apparently it really is a papier-mâché basement full of rats. It’s also a casino on fire, a Wolfenstein 3D shootout, and a Brian De Palma–ish, paranoid, Molly-fueled journey through a mansion. If you came to this column hoping I would explain what’s going on in this season of True Detective, you are out of luck. We’re too close to the end. The particulars don’t even matter anymore.

I get the broad outline — the corruption goes all the way to the top, but like Los Angeles’s legendary urban sprawl, it also goes all the way horizontally. That horizontal layout is crisscrossed via those beautifully shot freeways, mapping L.A. like Raymond Chandler novels do, by zigzagging across the terrain to see different interiors connected by the thread of crime: rich people’s houses, crooked people’s businesses, shady motels in shitty strip malls, and shadowy rooms in government buildings.

Our remaining true dicks hooked up last night after having a horniness standoff throughout the episode. Vapechel McOmbre and Colin Farrell have great chemistry, and watching them just circle each other was fun. It was also fun watching Ani shed her uptightness in a natural way, because it was fun to watch McAdams play it. And the way it unspooled didn’t feel preordained. Wondering whether they would go for it was actually suspenseful.

The Bezzerides and Velcoro plotline recalls the strengths of the first season, which was, ultimately, a sort of romantic buddy cop show. That first run of eight episodes told the story of two broken men who come to realize that the only path to redemption available is through the other. Detectives Papania and Gilbough were couples therapists negotiating a breakup and finding a way forward via interrogation, questioning, and confrontation. Hart and Cohle fell for each other because misery loves company, man. Season 2 is also a love story, but without the bitter divorce. Yet again, two depressed loners discover a reason to live while solving a murder. Only this time, the love is consummated, but not without a few false starts along the way.

Having made the mistake of turning her work partner into a bedmate before, Ani is believably torn about whether to go through with it. And the fumbling back and forth between two people who clearly want each other, but at slightly different times, felt real. Ray and Ani are the ultimate noir pairing — just a couple of lonely, screwed-up people in this lonely, screwed-up world finding temporary sanctuary in each other. It’s the perfect note to hit in a story that’s a pastiche of every SoCal detective yarn of the past. This season of True Detective is like Chinatown mated with Who Framed Roger Rabbit, Mulholland Drive, L.A. Confidential, The Big Lebowski, and Short Cuts in a giant, multi-room, MDMA-assisted Toontown sex romp.

There are two characters who don’t fit into True Detective’s final form: Frank Semyon and Paul Woodrugh. Frank’s been beaten down by Osip and Catalyst so much that he just wants to watch the world burn, then hightail it out of the country. He’s clearly not getting what he wanted from his criminal career, so now no one will. Adios, Vinci. Unlike Ani and Ray, Frank has enough moxie and ego to crawl his way out of damnation.

Paul’s also different from Ani and Ray, but not in the way Frank is different. He actually hates himself even more than his fellow detectives. His only way out is self-destruction, and so he rides into a trap even though he knows it’s a trap. When he finally swung open those double doors after running the mercenary gantlet, even he looked shocked about his own survival. The bullet in his back was a fait accompli.

Sorry, Riggins, it’s not your fault, but I was glad to see the sad, leaden cop go. And I’ll be happy when he probably shows up in the next episode as a corpse with hollowed-out eyeballs, propped up like a living human. It won’t be all that different than what we’ve come to expect from Taylor Kitsch this season.

After escaping an underground Carcosa beneath Downtown L.A. (and a bunch of Season 2’s trademark lens flares), Paul was gunned down by the shady Vinci detective who’s been lurking around the periphery of the story since the beginning. Unlike the lair of the Yellow King last season, there were no last-second reprieves or narrow dodges to be had. Hell has its own special kind of gravity to keep you from ascending/escaping.

Something about that claustrophobic shootout in an abandoned subway tunnel reminded me of the “lizard people” that the Los Angeles Times published a news story about on January 29, 1934. Engineer G. Warren Shufelt believed a lost city existed beneath the surface of Los Angeles, so much so that he began to dig exploratory shafts near Hill Street. A discarded network of civilization does actually exist underneath the city, but so far, no lizards. There are the old subway platforms where Paul had his O.K. Corral moment, Prohibition-era bootlegging corridors, and subterranean passageways for police to transport prisoners. Maybe the conspiracy at the heart of this show doesn’t just go horizontally. It goes down, too.

What’s underneath the glittering superstructure of plot in True Detective is a whole bunch of other, weirder shows that we’ll never see because of the limits of the format Nic Pizzolatto has crafted for his franchise. Here are some of the shows-within-the-show I would watch more of:

Taken individually, all of those elements sound silly, but the critically praised first season was silly, too. I enjoy True Detective because I find three of its four leads magnetic, minus Kitsch. It reminds me of the second season of The Wire, which traced a completely different path than the first and introduced a toughly tender female cop played by the great Amy Ryan. Rachel McAdams has been excellent, as I hoped she would be. There are just enough jokes, shocks, and spooky red herrings (who was the eerie bird mask guy? Will we ever know?) to keep me involved. This show can jump all the sharks it wants and I’ll still probably be ride or die. It’s got just enough weird vape juice left that I can’t let go. I think I left my heart in Vinci.

BREAKOUT.exe: The Stunning Turnaround of 'Halt and Catch Fire'