How the ‘Mission: Impossible’ Series Gets Better With Age 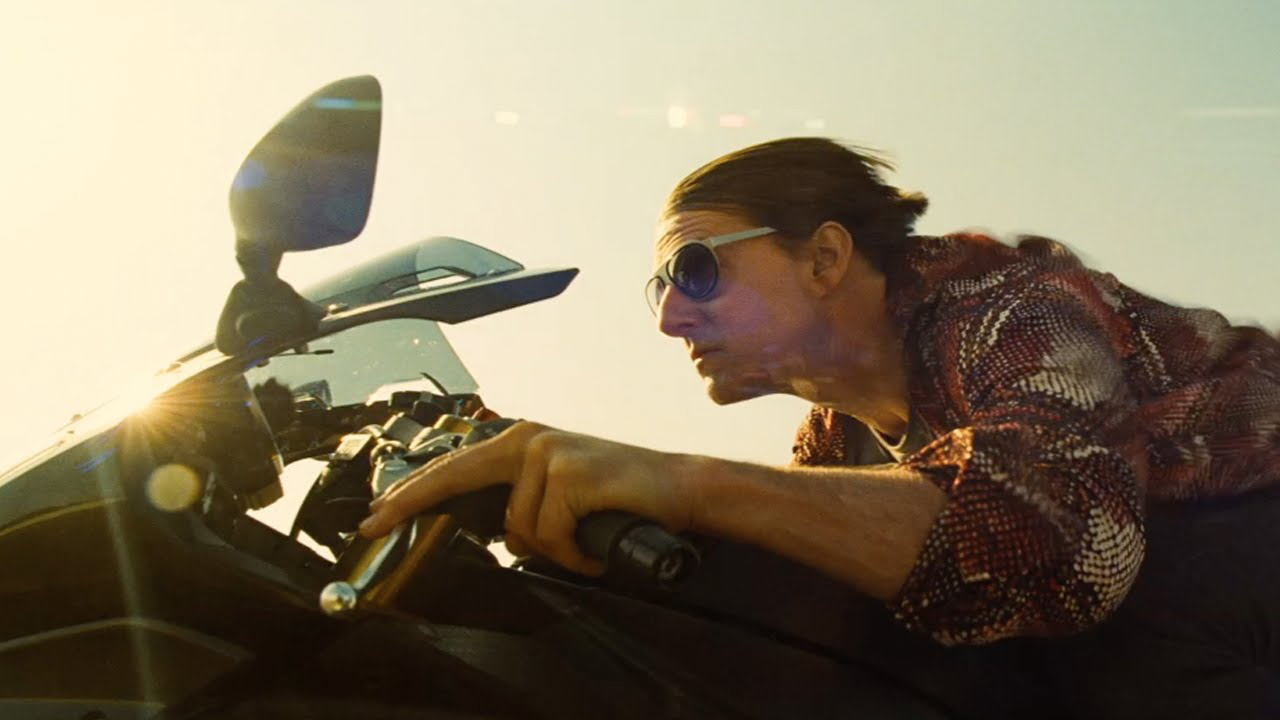 Three-quarters into Mission: Impossible — Rogue Nation, CIA Director Alec Baldwin (he has a character name, but he’s basically Alec Baldwin) is explaining Ethan Hunt to the British prime minister. Hunt, of course, is the secret agent who has been played by Tom Cruise now in five films, spanning nearly 20 years and three decades. Baldwin calls him “the human manifestation of destiny.”

“The human manifestation of destiny” wouldn’t look bad on a business card, and Baldwin isn’t wrong. In that hyperbolic little bit of exposition, he sums up the essential thread binding the Mission: Impossible movies: Hunt, Cruise’s avatar, a spy so supremely talented and omnipotent, so skilled at anticipating the actions of others, that he verges on the supernatural.

What Rogue Nation shows is that, different though the films might be, there’s a fascinating consistency holding the Mission: Impossible franchise together. It’s more than Cruise, though he’s a major part, and it persists despite the sometimes hilarious tonal and aesthetic contrasts that exist from film to film. The current entertainment industry is one obsessed with universes, but instead of creating its own footnote-worthy ball of string, Mission: Impossible is more a rubric for a certain type of action epic than it is an overarching narrative.

Considering the spit-polish blockbusterism of the Bad Robot–era M:Is, which include III, Ghost Protocol, and Rogue Nation, it’s startling to go back now and watch the 1996 original. More than anything — more than even a vehicle for Cruise — Mission: Impossible is a Brian De Palma movie. Much of its charm lies in De Palma’s direction, which is stylized and sensual. Its most famous scene, when Cruise, hanging from wires, breaks into Langley, is a beautiful sequence, but astoundingly quiet: It’s anti-flash.

Mission: Impossible also introduces some of the calling cards that will exist in the future installments of the franchise. There’s the self-destructing mission-message that Ethan may “choose to accept”; the team that he will assemble or have assembled for him; IMF, the Impossible Missions Force, and its inherent and often exploited vulnerability; a woman who falls in love with Ethan, or at least comes into a serious state of infatuation; men who lie to him; and a sanctum that he must infiltrate, and which contains an item he must steal. 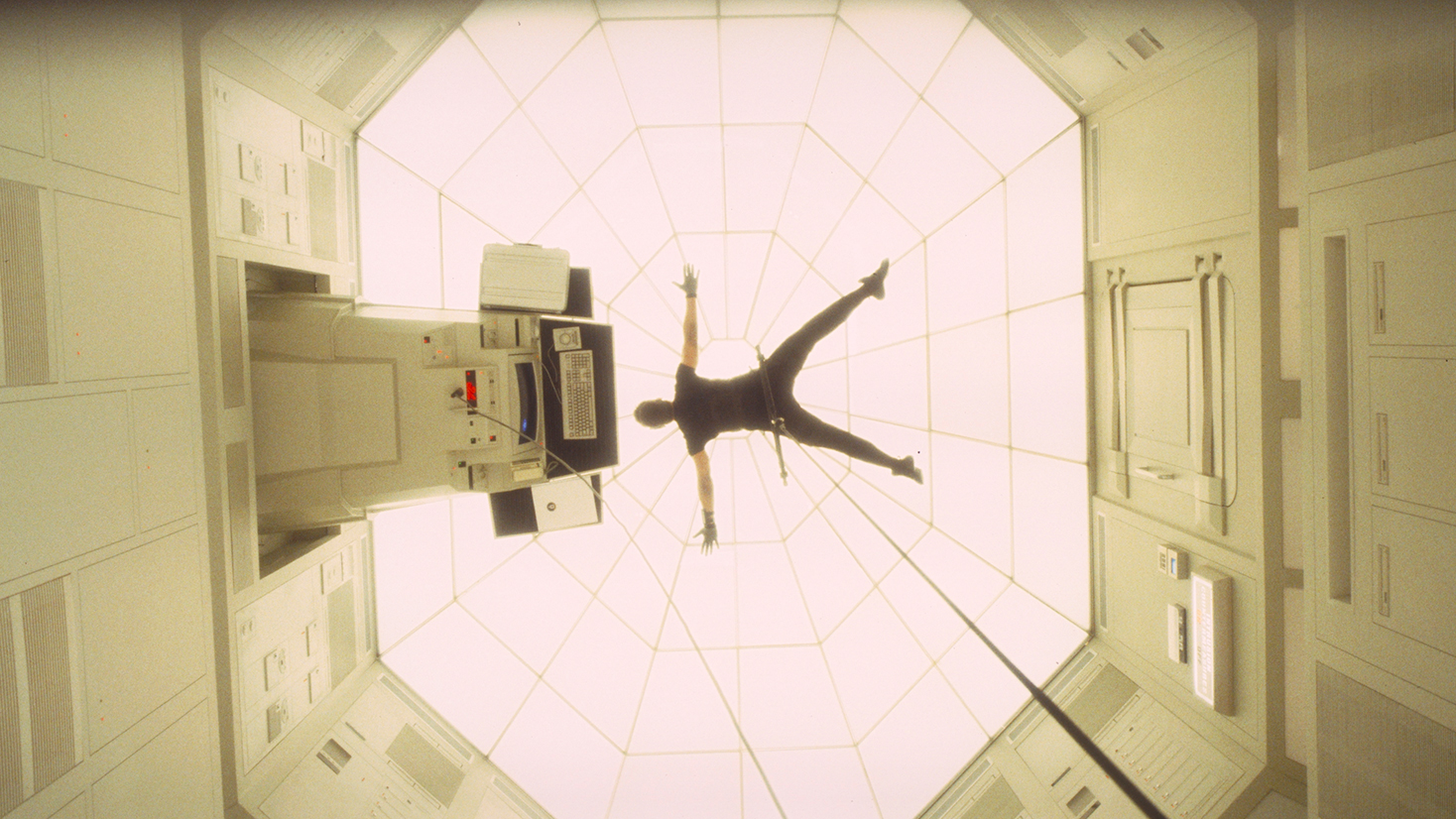 The second M:I retains these touchstones and is similarly a director’s playground in a way that the third through fifth editions aren’t; because that director is John Woo, though, the vibe is way more doves-flying-through-exploding-doors. By the third, that sort of eccentricity has been abandoned in favor of riffing on the franchise’s points of interest. But that can happen seamlessly, because with the second and third films, M:I establishes the precedent that it will basically do a soft reset between each new iteration, meaning that any missteps or errors can be wiped off the slate. New creative teams are not haunted by the past. By Ghost Protocol, there’s enough of an understanding of what Mission: Impossible is — its priorities, its interests, its sense of self — that the quality of play can be raised accordingly.

Rogue Nation brings back multiple characters, including Simon Pegg’s Benji and Jeremy Renner’s William Brandt, as well as Ving Rhames’s Luther, the one figure connecting the entire series other than Cruise. It even mentions the events of Ghost Protocol, providing an instance of plot continuity between entries, and the heist at Langley. (For true M:I heads, there’s also a visual reference to the Rabbit’s Foot, J.J. Abrams’s MacGuffin from M:I III.) Adding to the sense of a new era, Ghost Protocol and Rogue Nation are both shot by Robert Elswit, one of the best cinematographers alive.

Elswit’s credits include Michael Clayton, There Will Be Blood, and Nightcrawler, and he gives the two films a visual consistency that the series lacked. Seriously: It would be hard to find three more different filmmakers working in the blockbuster vein than De Palma, Woo, and Abrams. Rogue Nation is a bit of a left turn: Where M:I had been a director’s series, it’s become more of a shiny thing, a virtuosic example of action moviemaking. You can see it in the locales, which have gotten brighter and prettier, places like Dubai and Casablanca. You can see it in the set pieces, which are breathtaking in their complexity and ingenuity; an underwater sequence in Rogue Nation is particularly confounding, in the best possible way. And you can see it in Cruise himself.

As a character, Hunt is nearly omnipotent. It’s as if he’s tapped into the screenwriter’s brain; he anticipates twists before they turn, before the audience can even see them. In Cruise’s hands, he is somehow both impossibly charismatic and never above suspicion; the constant indictments of Hunt seem to speak to the way the world would eventually turn on Cruise. And he’s ethical, almost anachronistically so, a trait that never really changes. Particularly now, when the word “hero” has come to mean “villain for whom we cheer,” Hunt is a good guy in the old sense. He’s action-hero Jesus.

But in Ghost Protocol and especially Rogue Nation, Cruise and the filmmakers have made him more of an avatar than an actual man. In Rogue Nation, he barely speaks, reaching near-Drive levels of stoicism. Cruise has been into that kind of physicality recently, having explored a similar vein in Jack Reacher, which Rogue Nation director Christopher McQuarrie also directed. It works well for him. In many ways, it is more interesting to watch Cruise hang from the outside of a plane than it is to hear him explain Infinity Stones, which he would be doing if he were playing a Marvel superhero instead of Ethan Hunt. In many ways, it’s more interesting to see him do that than it is to hear Robert Downey Jr. explain those things, too, and you have to imagine that Cruise understands this. Particularly considering that Cruise, a man as famous as any comic book, could not at this point play a comic-book character. This is the next best thing; this is a better thing.

Hunt fits into an interesting politics. The Mission: Impossible movies are at once deeply suspicious of authority and government and yet require a super-governmental spy force to keep us safe from oblivion. If they aren’t particularly intellectual films, they aren’t unintelligent, and their message appears to be almost messianic: Ethan Hunt is a gambler, but what god isn’t? If Hunt isn’t quite god, he is something more than man, a stand-in for the forces we hope are protecting us. What Mission: Impossible has figured out is that complicating Hunt with love interests, banter, and personal obligations only slows him down. Unburden him and he can be the hero we need.

That’s the key to Rogue Nation’s appeal. Over the course of these five movies, as they zeroed in on a vibe, Cruise and his collaborators continuously stripped off extraneous parts. By the fifth go-round, they created such a lean, efficient, and effective version of Mission: Impossible that it’s both hard to imagine how they’d top it and very easy to see how they could match it. That’s the beauty of what McQuarrie and Cruise achieved here: Unlike in a more complicated blockbuster universe like Marvel’s, there’s no snowshoeing that has to be done, no contortionist narratives that need to be serviced. Instead, there’s just the mission.

'Bachelor in Paradise': America Falls in Love With Lauren I. and Everybody Hits on Jade