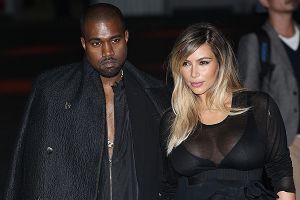 We kick off this week’s pod with a general Girls in Hoodies blessing of the union of Kanye West and Kim Kardashian, orchestral arrangements of Lana Del Rey songs be damned. Then it’s time to go deep on the current status of the Q4 pop wars, which this week were shaken up by an unexpected power play by presumed runner-up Lady Gaga. “Do What U Want” is universally beloved, and it turns the tables in light of the middling critical response to Katy Perry’s Prism. Meanwhile, Selena Gomez dukes it out in the B tier, and nobody wants Lorde to sit at their table. (JEALOUS!? — E.Y.)

After that we talk about the curious case of Hello Ladies, Stephen Merchant’s new HBO sitcom that somehow both hits close to home and takes place in a different universe. Who are these people, and do they really shop at the same grocery store as us? And is it really possible to replicate the awkward comedy highs of The Office and Curb Your Enthusiasm in the context of a romantic comedy? We finish with a note of potpourri, discussing everything from Internet commenters to secret subtexts in Scream and A Nightmare on Elm Street. Plus, we discuss our Halloween costume (and Halloween podcast!) plans.

The Captain America: The Winter Soldier Trailer: In Which Cap Discusses the Murky Ethical Underpinnings of the War on Terror