There Is a Her-Inspired Clothing Collection; You Tell Me Who It’s For 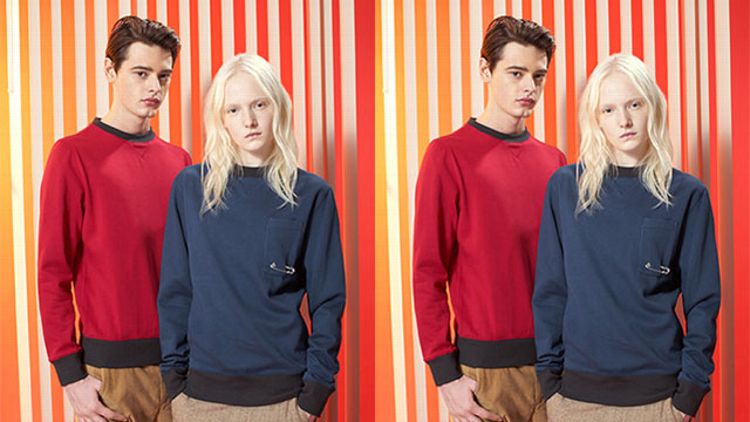 Overpriced fashion-type-person boutique Opening Ceremony has had some luck in the past with cross-promotional fashion, and it looks like they’re ready to throw in their weight with this year’s crop of Oscar hopefuls. Last spring, their Spring Breakers collection was a sold-out hit, even if largely buoyed by one iconic, must-have piece of headgear (and I’d really like to know more about whoever bought those $20 “HARMONY” friendship bracelets, assuming, perhaps erroneously, that it was not Harmony Korine). It helped that Spring Breakers was an incredibly tactile movie, as packed with emphasized objects and iconography as a Twin Peaks episode, so it was not at all unreasonable to start wondering if/how you could incorporate a little Alien/Brit/Candy visual flourish into your lifestyle within a couple hours of leaving the theater.

Spike Jonze has always been a styley filmmaker — that’s “styley”; not “stylish” or “stylized” but somewhere in between the two — and his upcoming futuristic romance Her, with its Arcade Fire/Yeah Yeah Yeahs–assisted soundtrack, is this year’s cool-kids Oscar hopeful. But to Jonze’s credit, unlike that other early-aughts Charlie Kaufman collaborator Michel Gondry, his feature-film work tends to leave you thinking more about, like, life, maaaan, rather than how you can re-create Cameron Diaz’s voluminous hairstyle. This has not stopped Opening Ceremony from using his work as inspiration, first back in 2009 with their Where the Wild Things Are collection (seriously), and now, I’m gonna say intriguingly, with a Her-inspired line. I haven’t seen Her yet, but I know it takes place in Los Angeles in the near-future, and I know Joaquin Phoenix might single-handedly make me rethink my stance on mustaches. Sounds like the recipe for a great editorial spread! 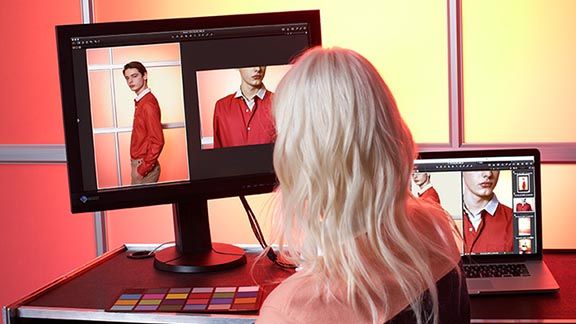 The OC x her collection was a collaboration between the brand and the film’s costume designer, Casey Storm. OC creative director Humberto Leon describes the collection as “simple, comfortable, and just futuristic enough for you to want to wear it for years to come.” There are lots of pockets for your personal device/significant other. This is niche marketing for Her‘s already niche (in the scheme of things, it ain’t no Iron Man 3) audience, and it’s the kind of thing that makes me wonder who simultaneously has enough money for it and feels like a hoodie inspired by a tragicomic character study is a thing they want to have. We’re used to non-“stuff”-oriented movies and shows getting “stuff” made of them, and your novelty Pollos Hermanos t-shirt is longer-lasting and less complicated and unpleasant than your tears after Breaking Bad‘s third-season finale. But acquiring three-dimensional objects to reflect your love of an intellectual property is still historically an activity that belongs to the realm of “nerds,” and I can’t picture Spike Jonze stans being committed enough to leave the house dressed like this. 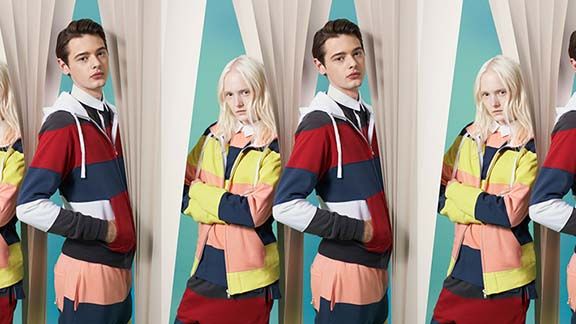 But then again, it could be worth it, on the off chance that you catch that glint of recognition in line at Trader Joe’s, and your future soulmate smiles giddily and says “Her by Opening Ceremony? Fall/Winter 2013? Panel-blocked rugby shirt? I’m wearing the high-waisted side-tab trousers! And I have a yearlong membership at Cinefamily!” At any rate, it’s bound to end better than a relationship with your computer.