The Met Gala: Just Like the Oscars, Without All the Annoying Awards 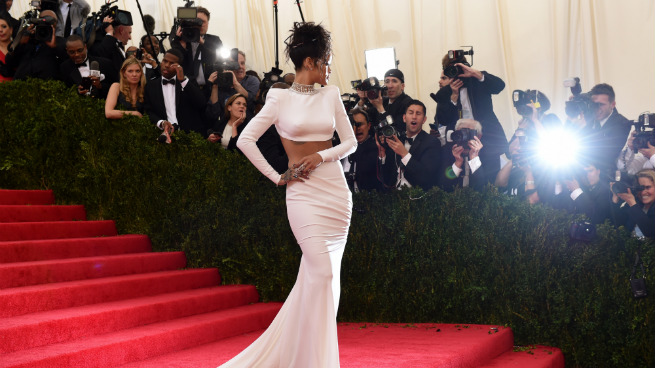 The Met Gala, Vogue editor-in-chief Anna Wintour’s pet project and fashion’s most exciting playoff game, took place last night. Working triple time as an advertisement for Vogue, designers, and the Metropolitan Museum, the Met Gala is like prom for celebrities and models. And like prom, it’s always kind of anticlimactic and not as glamorous or fun-looking as it needs to be to perpetuate its own myth. Gwyneth Paltrow said as much last year, bashing the Met Gala for being boring and smelling bad (the ultimate dis from a rich girl!). This year, some pigeons got into the giant tent set up for the party and one met a possibly tragic fate. There were rumors that the beginning of the event was postponed until the pigeon was, uh, taken care of.

BREAKING: Pigeon cooking on hot light at #MetGala. There is smoke. It smells like burnt hair. pic.twitter.com/yjQvMJBJ3G

Last year the theme was “punk,” but nobody stuck to it except for Madonna, who wore a slutty college girl’s Halloween costume idea of punk, which was perfect. Everyone else lamed out and wore pretty girly dresses, although a few people tried some edgy eye makeup. This year’s theme is “Charles James: Beyond Fashion” which is code for “you can just wear a regular pretty dress again this year.” James was a 20th-century British fashion designer with a “structured aesthetic.” The Metropolitan Museum of Art is currently displaying an exhibit of his work. So ostensibly, the theme here is lavish, sculpted ballgowns; haute couture quinceañera dresses. Other James trademarks are capes, coats, embroidery, fur, white satin, and a “spiral zipped dress.” So one could expect a lot of big poufy skirts and some mermaid fishtails. Here is a Charles James dress from the exhibit itself: 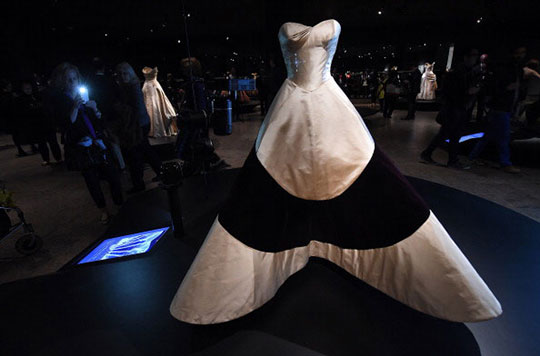 The Met Gala is like the Oscars without an awards show. The red carpet is the show. Then there’s some kind of a fancy dinner, at which Frank Ocean played this year, and then presumably an after-party circuit. Personally, I find the Met Ball’s overall focus on prettiness to be boring, kind of like Vogue‘s. I would be more into a gala ballroom event filled with sports mascots in fancy gowns; the Mr. Met Gala. 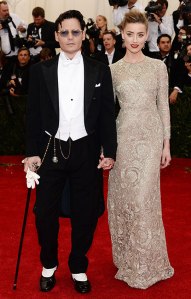 Amber Heard and Johnny Depp, everybody! 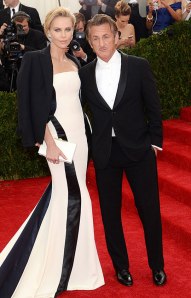 Most Improved From Last Year 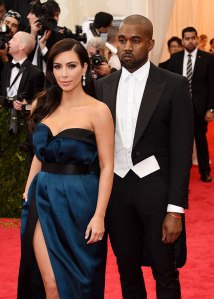 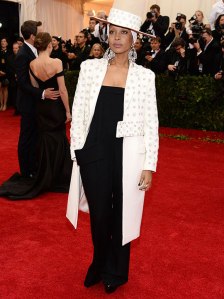 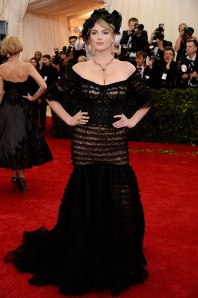 MELO IN A TOP HAT 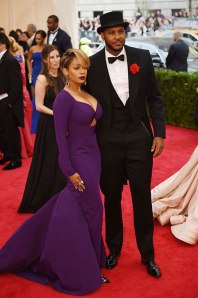 LaLa and Carmelo Anthony attended and looked like a goth high school couple. 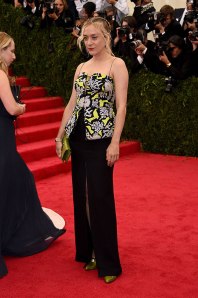 Why, a bustier that Foxy Brown might have worn during her ’90s chinoiserie phase, of course. I’m glad some people opted not to wear a poufy dress.

Sarah Silverman Should Play Maria Callas in a Movie 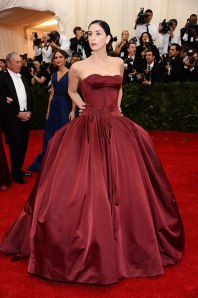 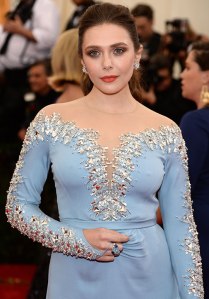 Elisabeth Olson will bring ’90s ice skater fashion back with a vengeance. This picture just convinced me. 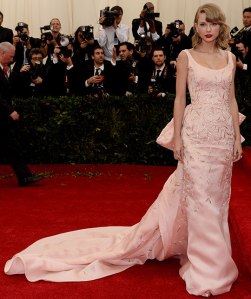 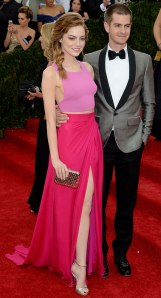 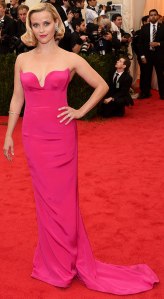 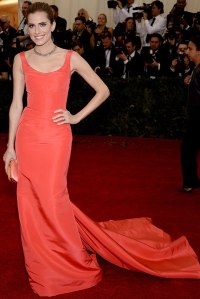 “That dress is so fetch — did you get it at Rampage?” (Allison Williams)

In the End, Less Is More 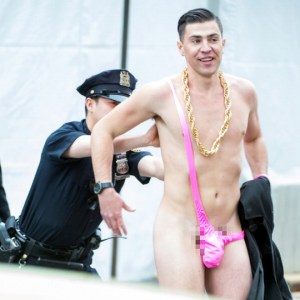 As this streaker, who was arrested at the Gala, could tell you.

The ‘If I Fought This Rapper, Would I Win?’ Chart